Now I hope you did not think I could get a picture of the whole Aircraft carrier my camera is not that big. HAHA.  We are at Patriots Point. 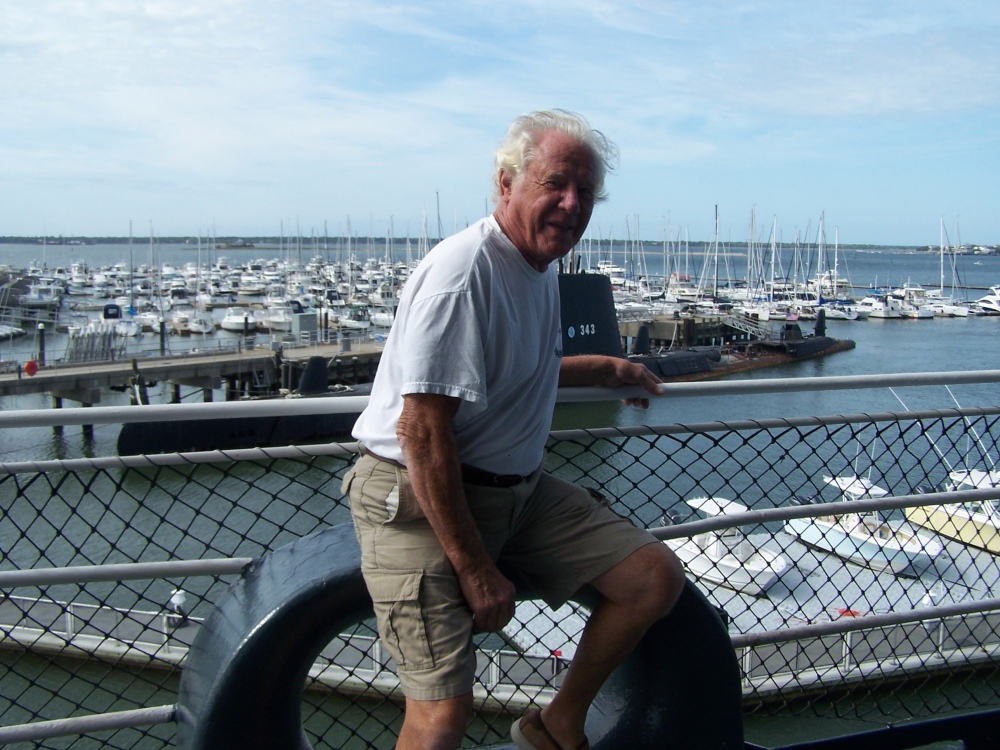 I could not fathom cooking for that amount of men.  Plus most of these people on the ship about 3,000 of them were young boys 18 and 19 learning what there position was and how to do it. 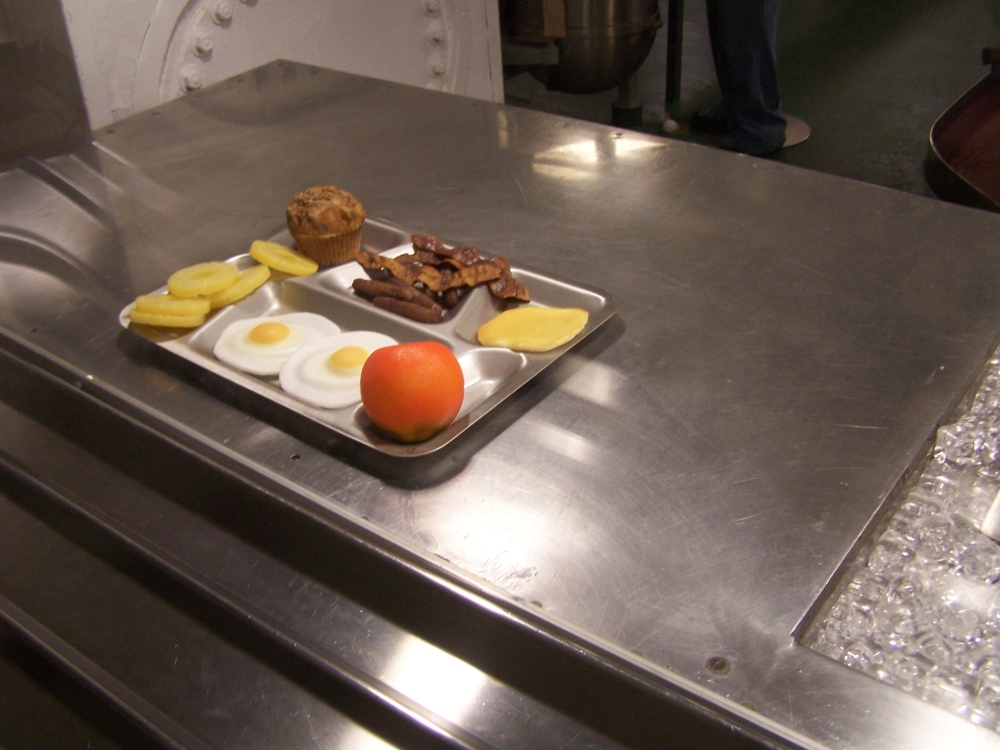 This is John in the cockpit of one of the fighter planes.

Just look at how small people are on the top deck of the aircraft carrier. 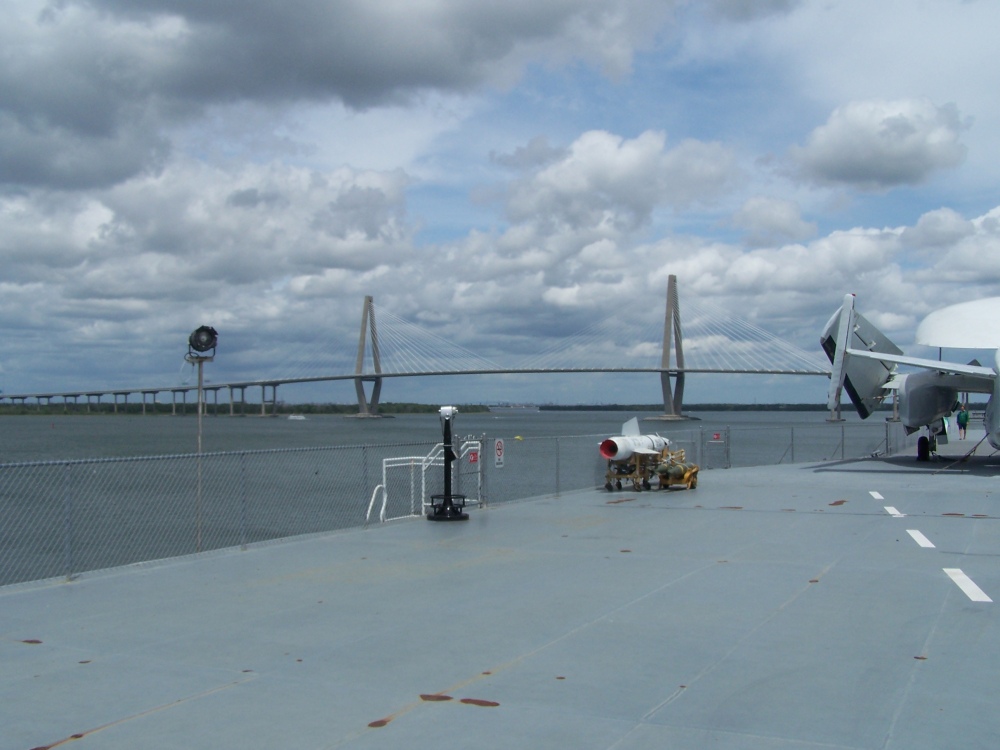 Now I have gone up and down ladders on every level and I am soar and tired John said between all the ships we must have done 5000 steps.

So I was tired and we decided to take a little side trip.  John never thought I would agree to this.

John sat in front and took pictures but it was kinda fun I was a little nervous as it was very windy and you could feel it nothing like on a boat. 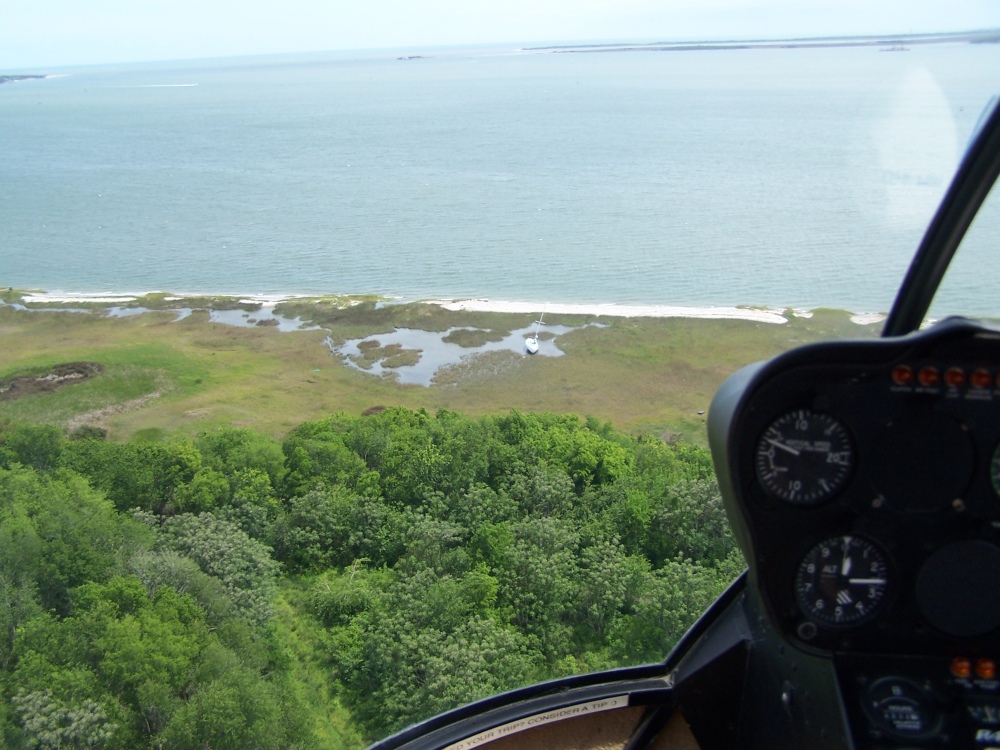 That’s the fort you can also go visit we did not do that but here’s the pic. 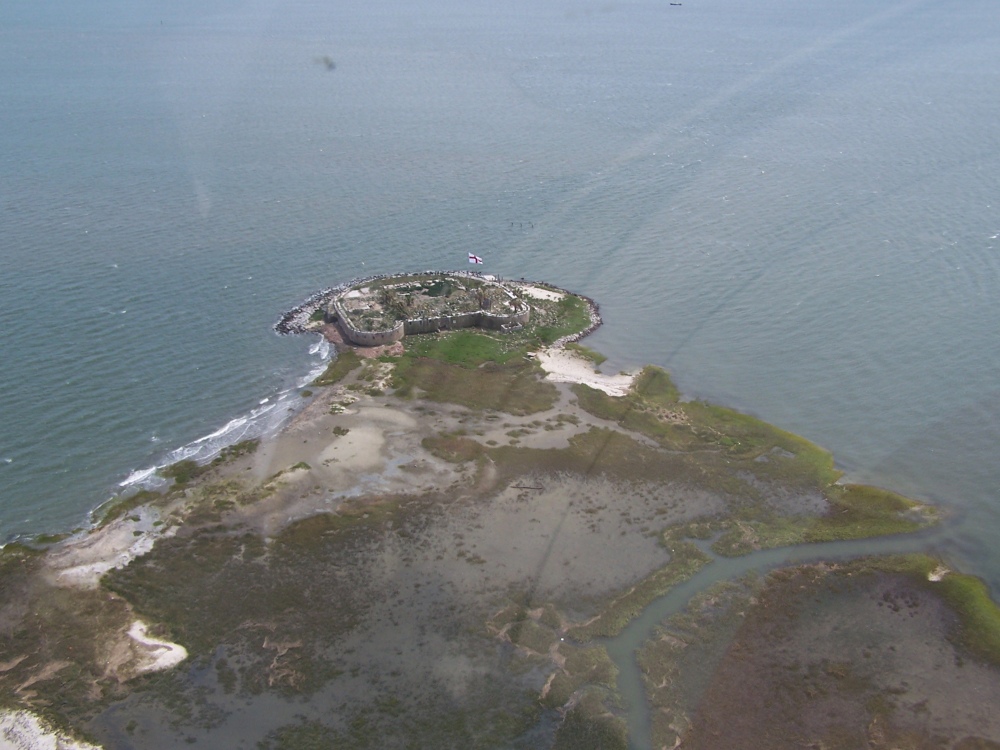 Now we are banking so Johns not quite so good at framing. 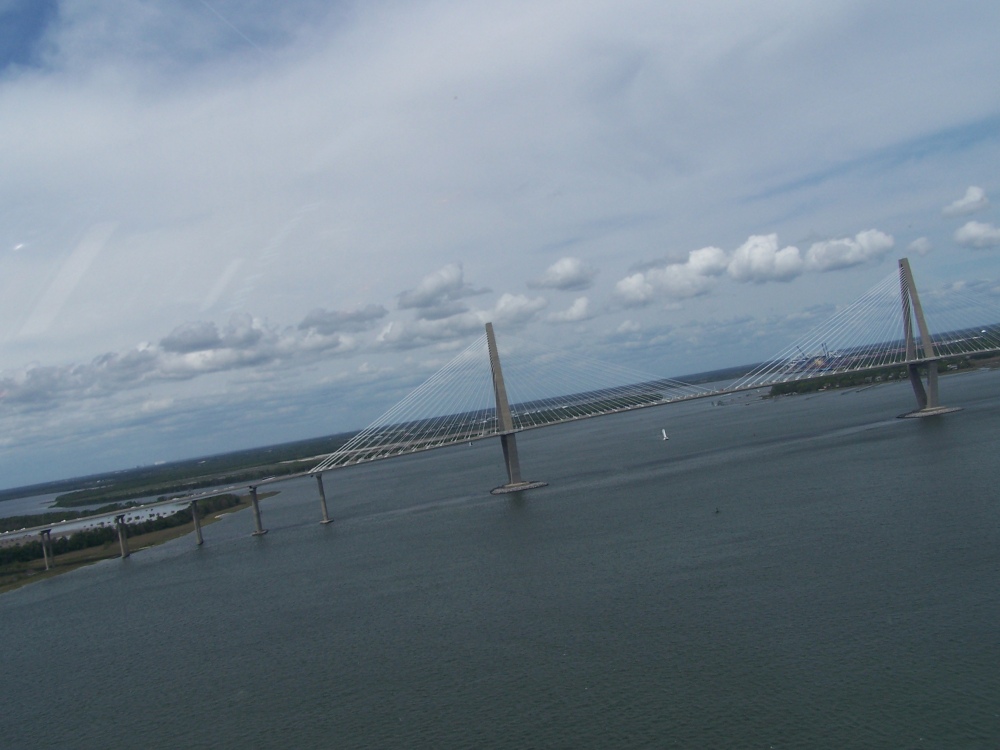 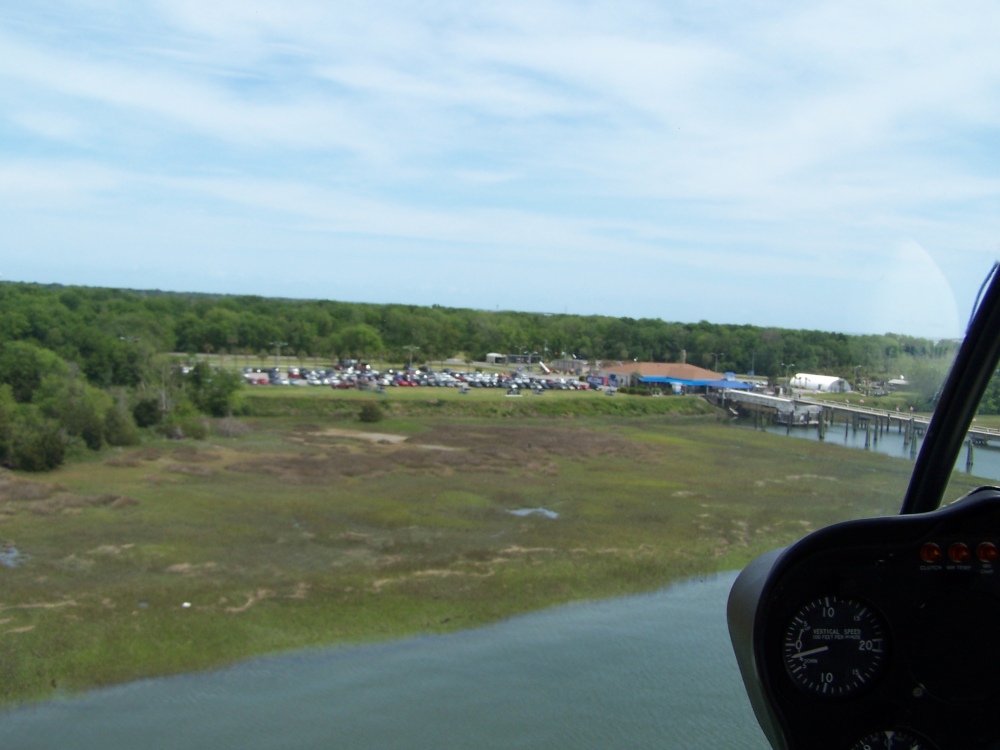 And now we are back.  Pretty awesome I must say.  Now we went back to see the sub and destroyer.  The picture below is for my friends Val and Judy at Georgian College. 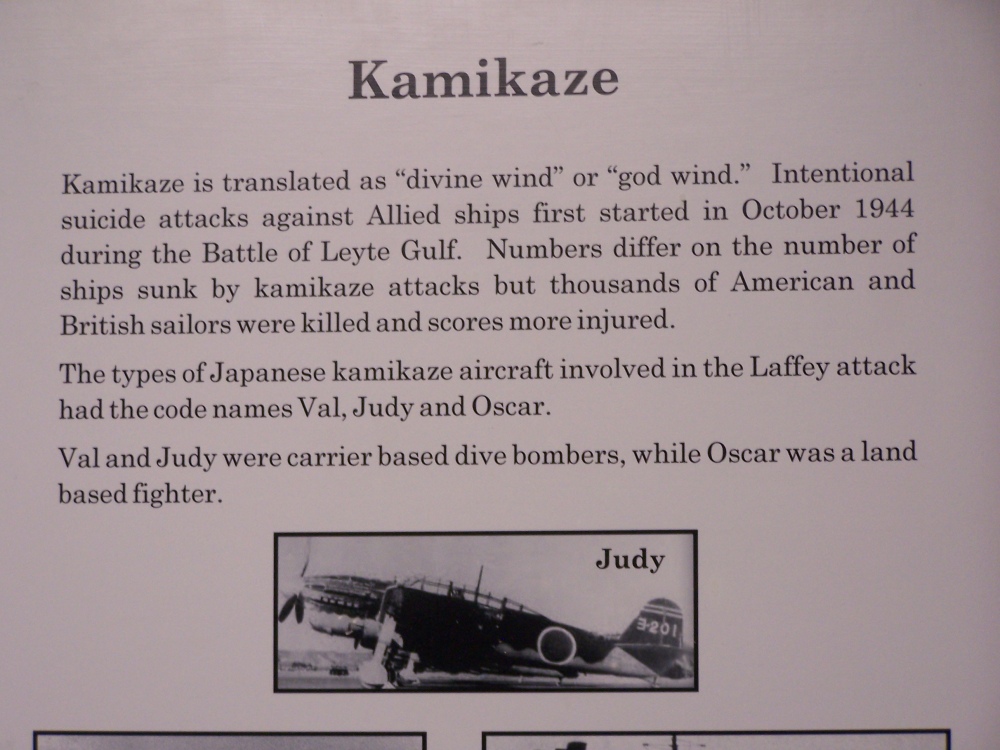 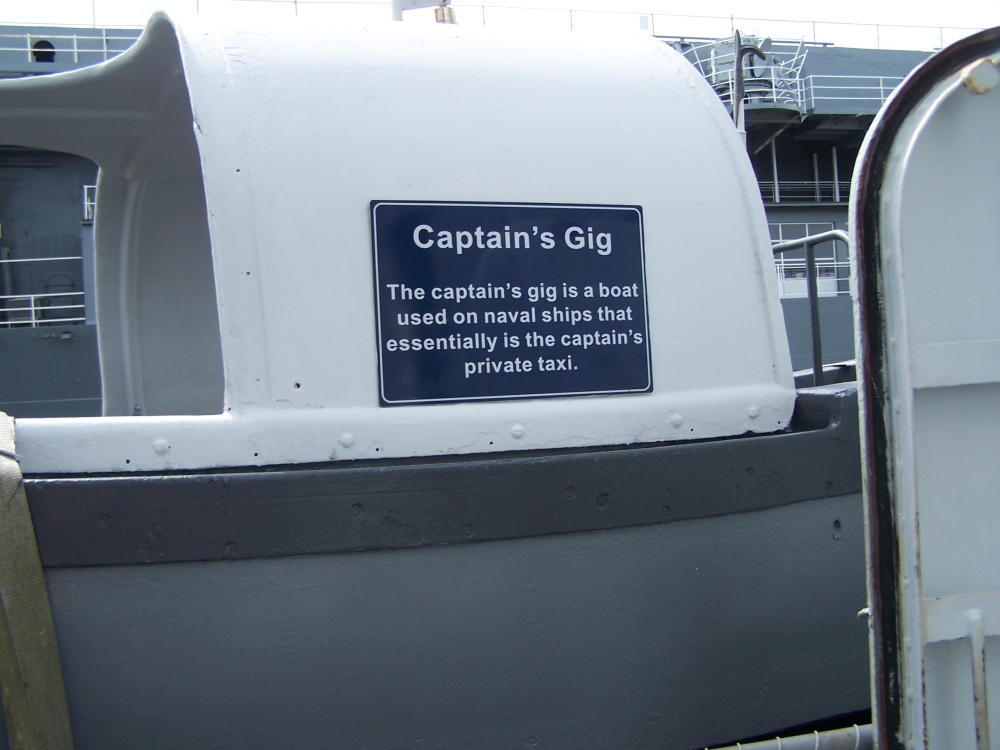 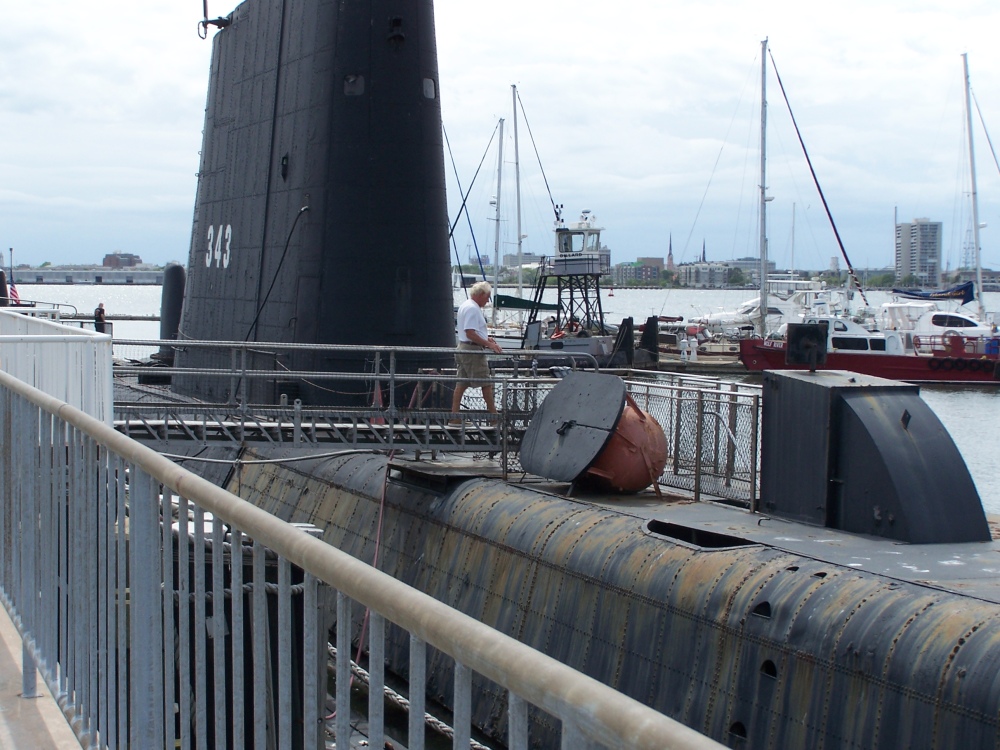 They say they are going to move the submarine but I think it is so damaged they will never restore it.

We left and started to walk back to the marina.  Now you know I am tired but we walked quite some distance until I put my foot down and said I could not raise it again so we called uber.  The waterfront is beautiful parks and walkways. 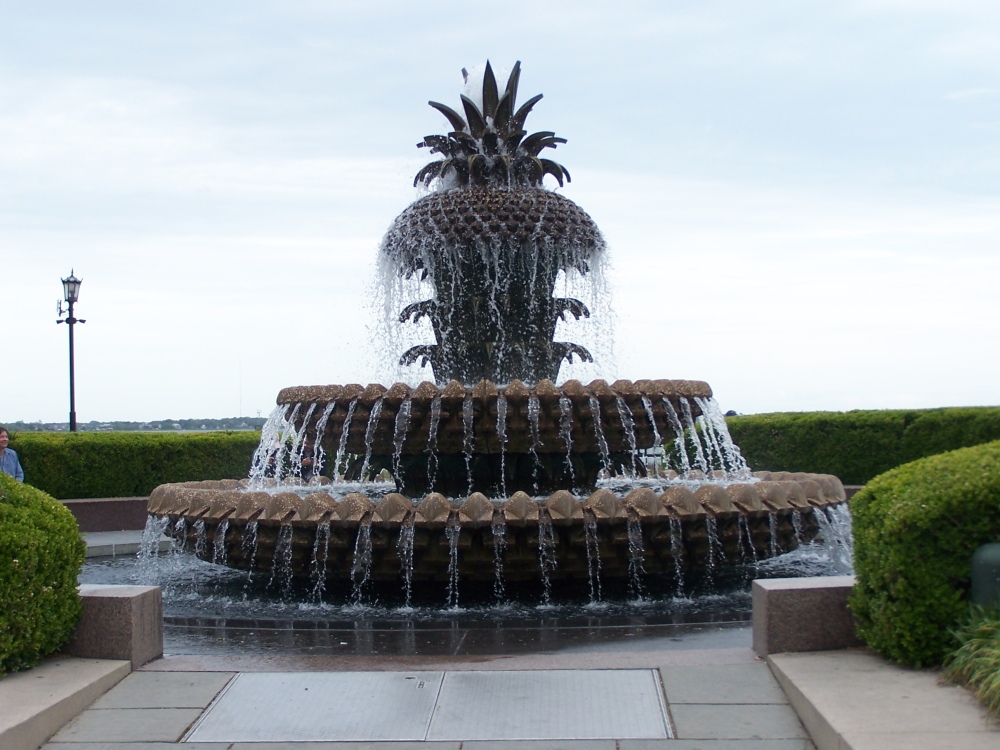 So tomorrow we will be on the move again.

One thought on “Charleston Day 2”