Well we stayed awhile in Peoria as the part did not come into the marina until late Thursday.  We are now up and running John has his AIS working and we can see every tug and the name on the boat now.

We went out for dinner with 2 other boats the young couple sailing and Rumble On.

Nice meal and good company.  Now I took this picture just to show that I do take real photo’s as well.

My peliquins are much better. 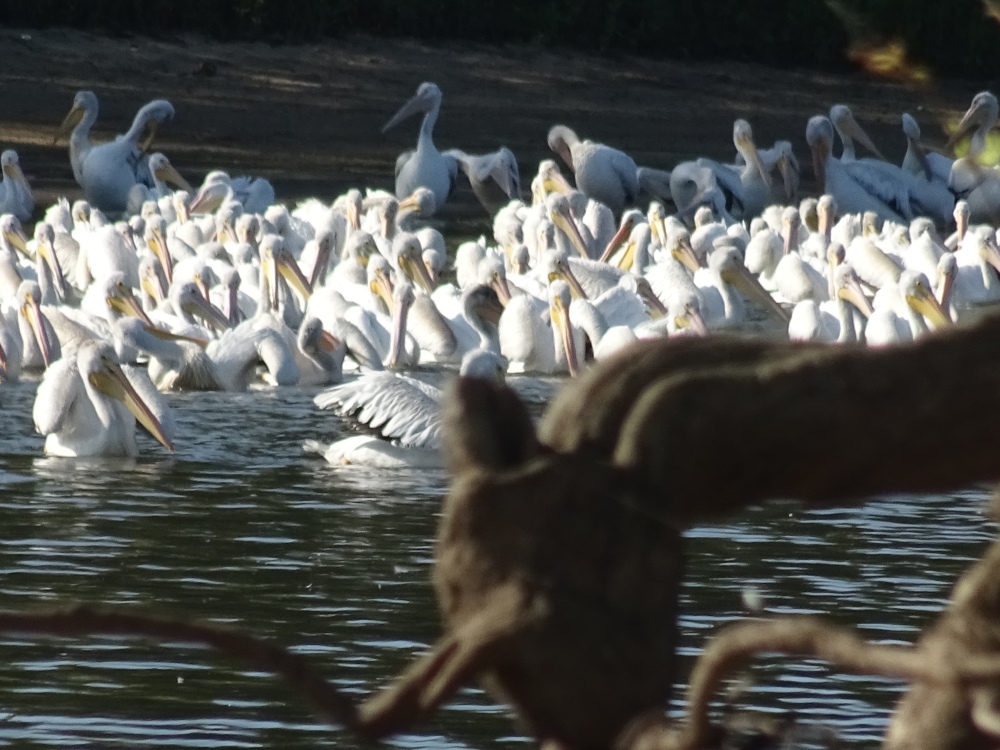 This is the resident goose or duck at the marina.  Its single I wonder why?

And this is the river once again. 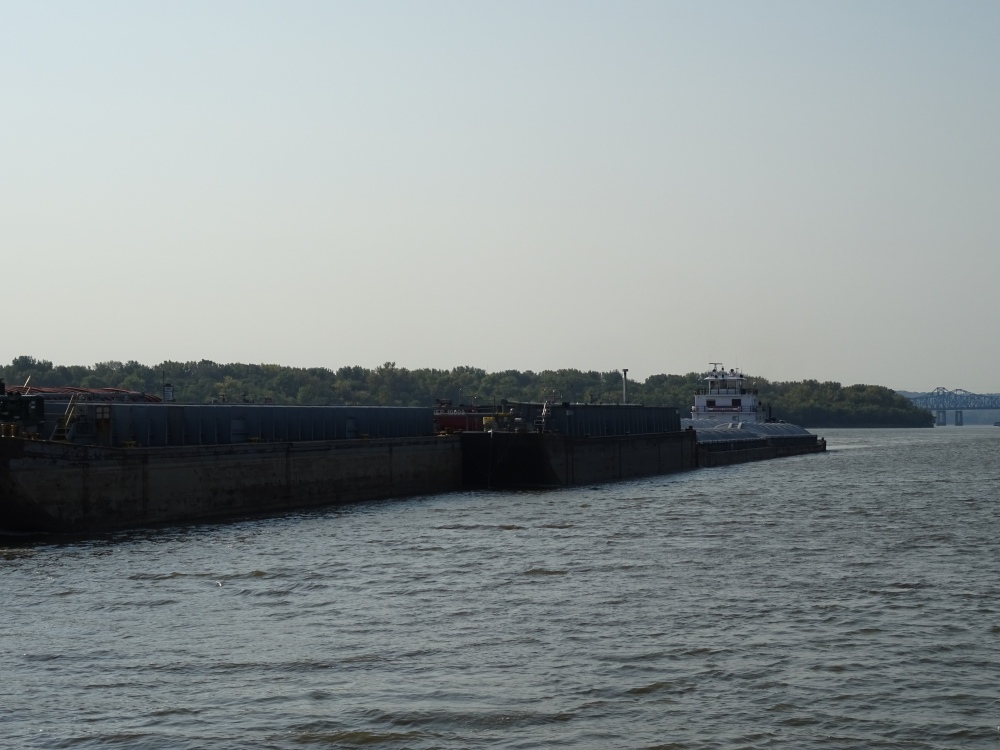 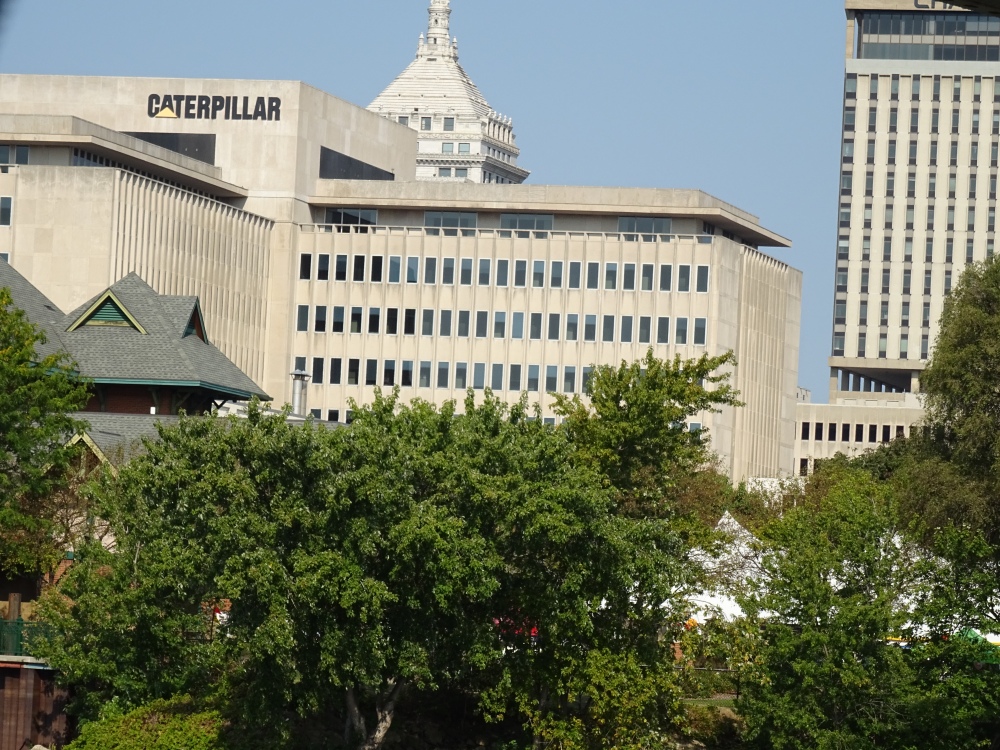 That is the caterpillar building everyone said we should take a tour of, but we did not get a chance.  The marina was 7 miles from town to far to walk and it was hot.

The Pinta and Sante Maria ships replicas were in the harbour along with a cruise ship so I snapped these pictures as we went by.

Today was a long day 7 hours traveling and one lock.

Now this I hope you can see well enough when the waters flood on the river this is the high water mark that the tugs tie to in the spring. 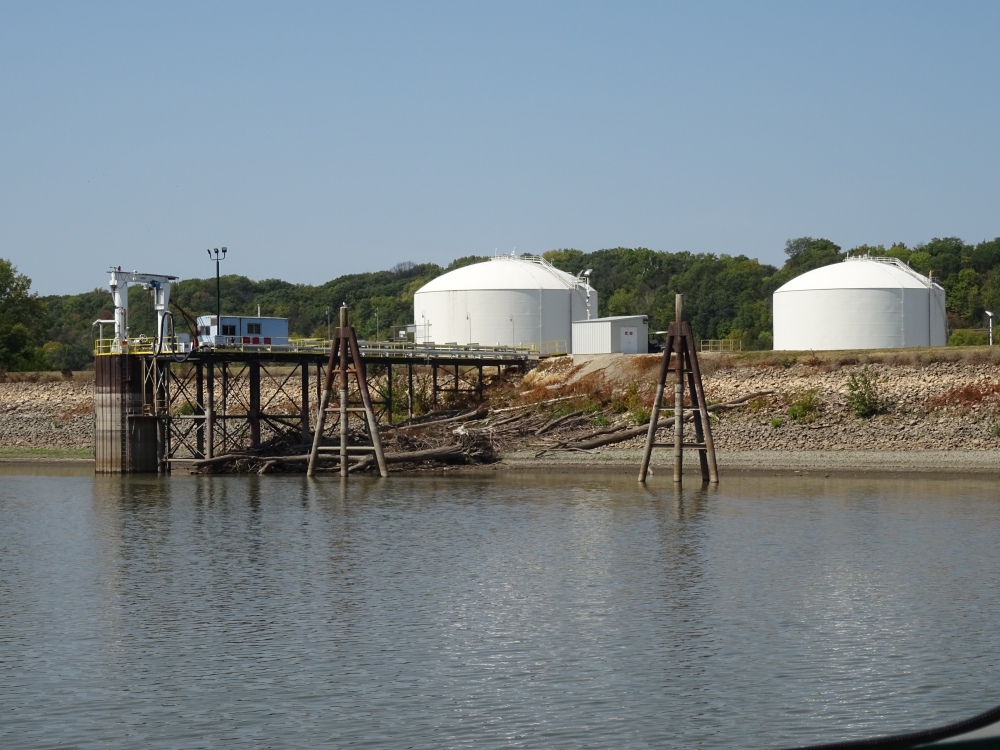 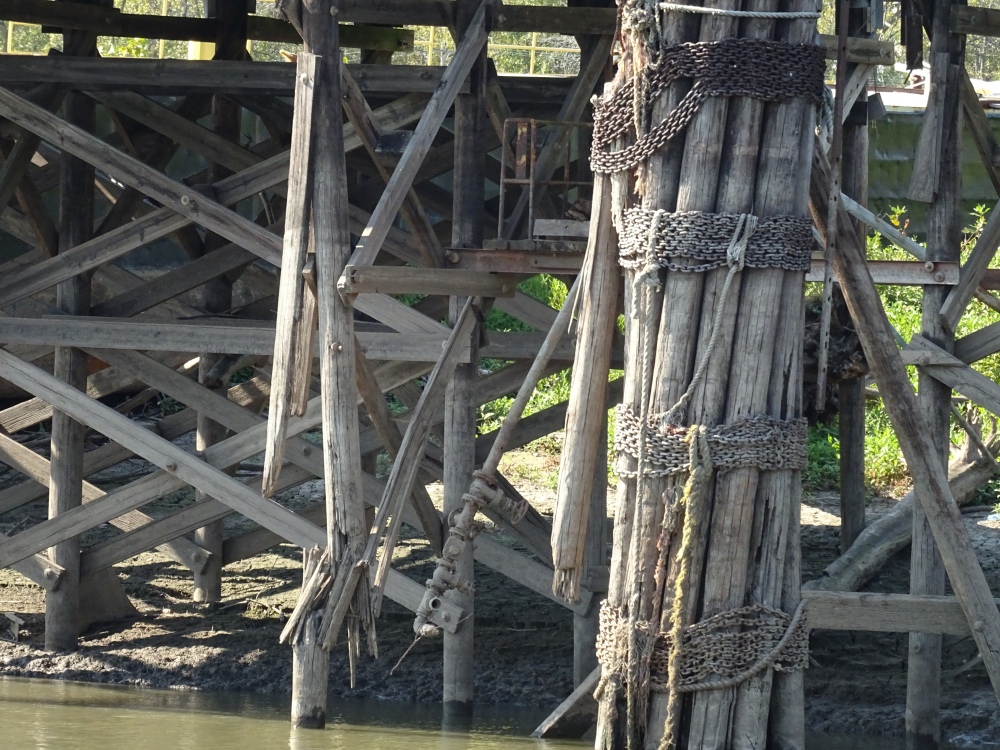 Sites on the river.

We arrived in Havana at Tall Timber Marina with Wild Willy and Comarand 2.  Now Comarand could not get in as the depth was only 3.6 ft and he draws 4 ft.  It was a little scary even for us as we kicked up a lot of mud coming in and for the first time saw the flying fish everywhere.  We arrived at 4:30 after leaving at 9 AM.