We stayed in Muskegon last night and another boater came over who we have traveled with and talked us into going out for a drink at the local bar in this marina called Dockers They had  a really great band playing .  We stayed at the marina and we where on the outside dock which means we get to watch everyone come in and out of the marina.  In the morning a boat passed us and stated there was a cruiser up on the break wall.  We got in our dinghy with another couple and went out to check it out.  Do not know if anyone was hurt. 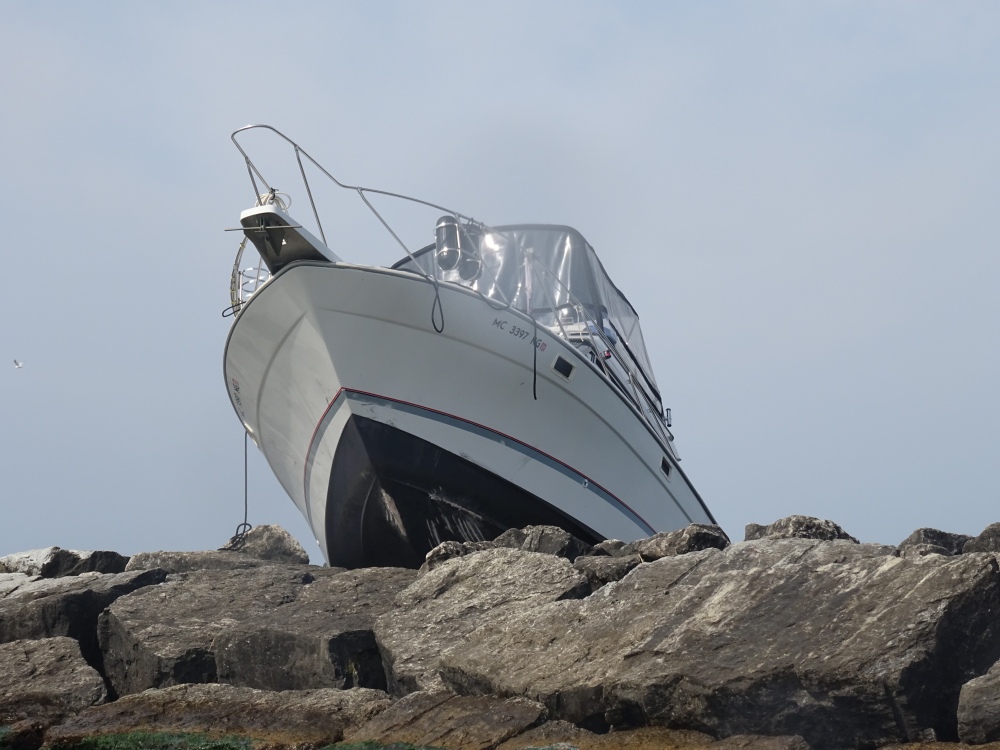 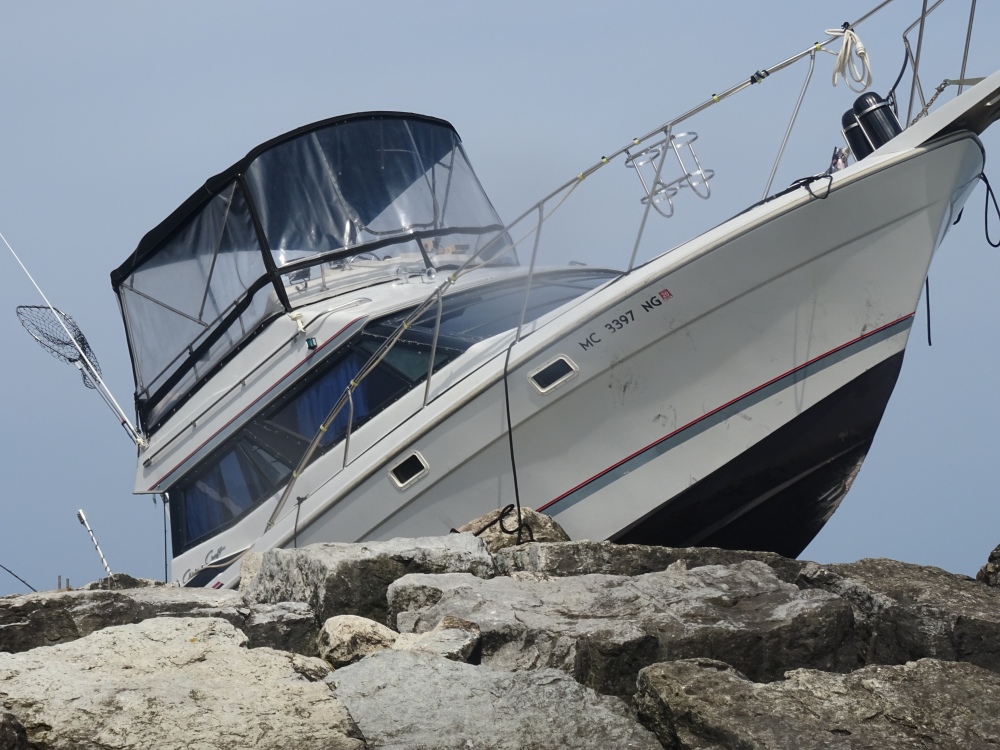 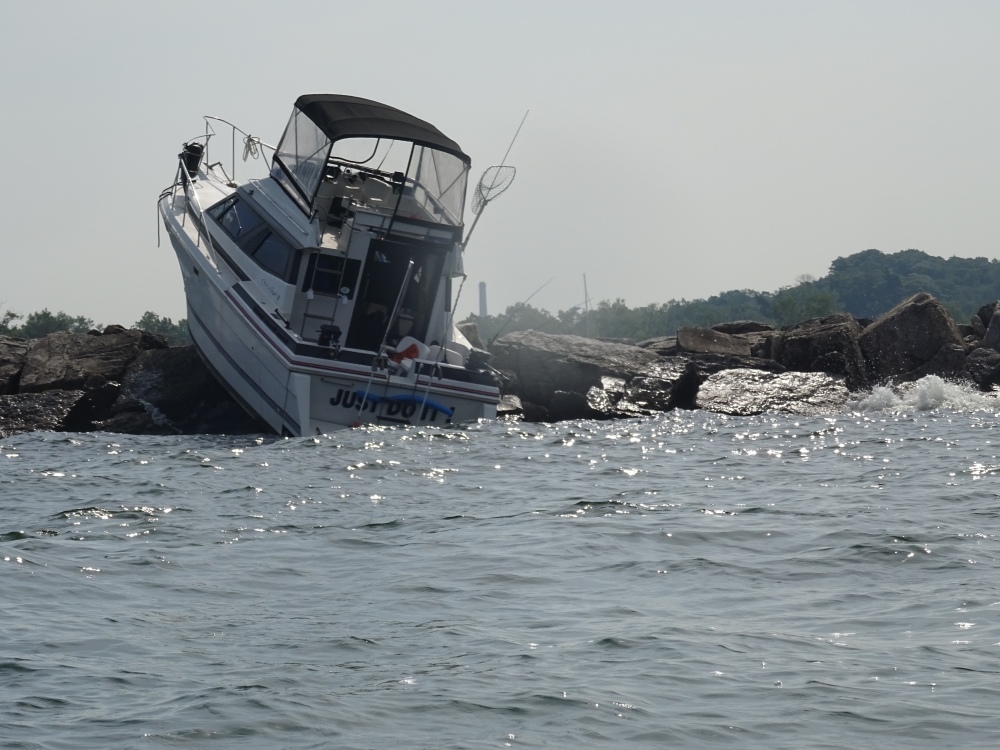 Check out the fish on the railing.  It may be he missed the lighthouse at the breakwall. 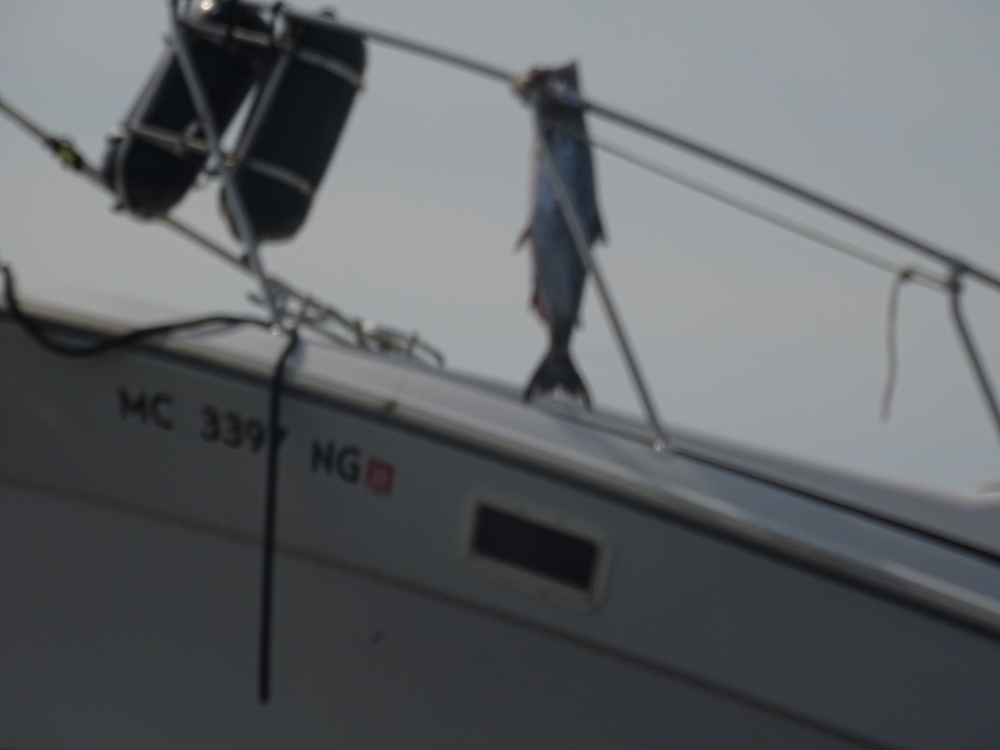 We took a tour of the submarine and the coast guard ship at the USS Silversides Museum.  But first came back to the boat and took another little tour around and saw the ferry going out. 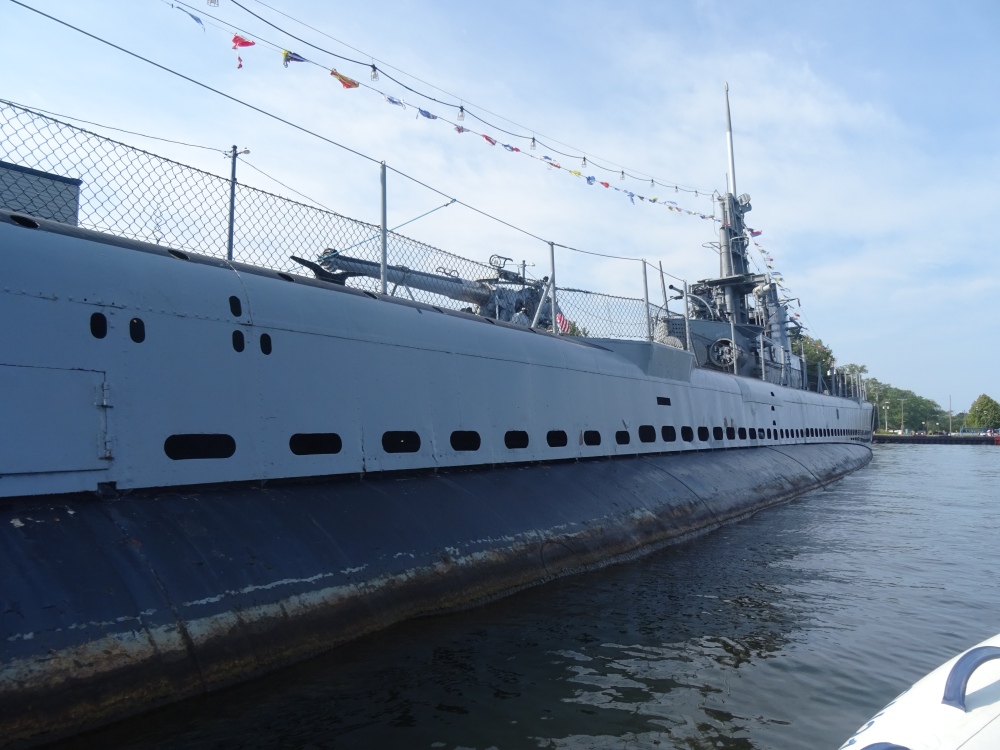 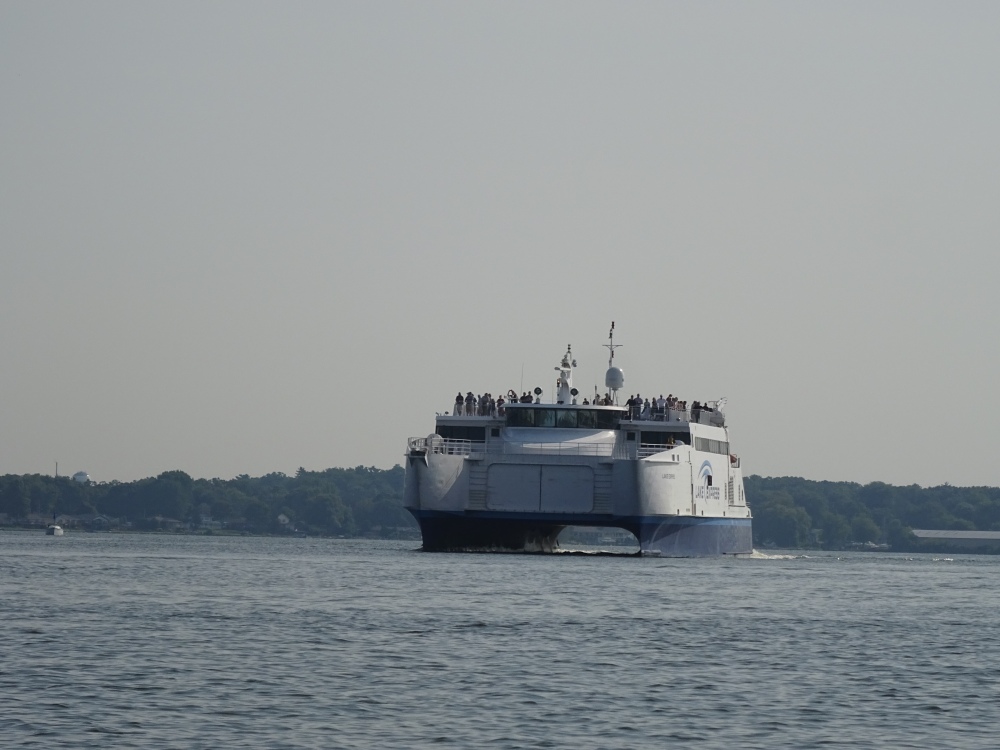 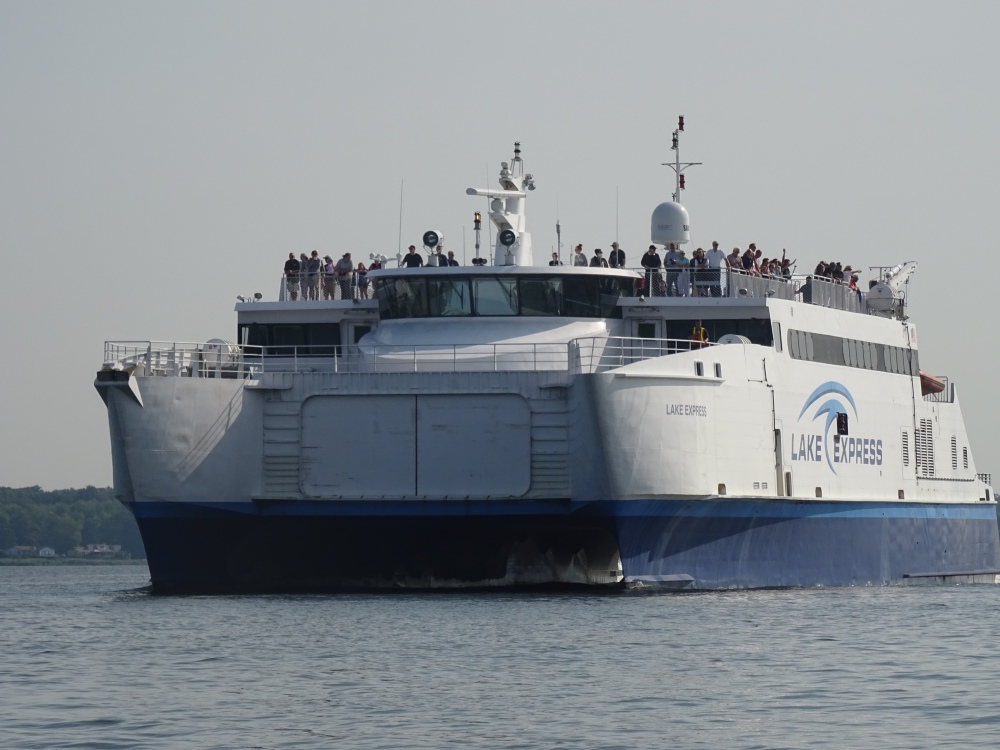 This ferry runs across lake Michigan to Wisconson and back not sure how many times a day.  Everything in this Lake is miles apart and when we asked about downtown and shoppong it appears everything is industrial and really hard to find out where anything is.  Figure it is probably about the same amount as the one in Ludington and that was $57.00 for one one way. 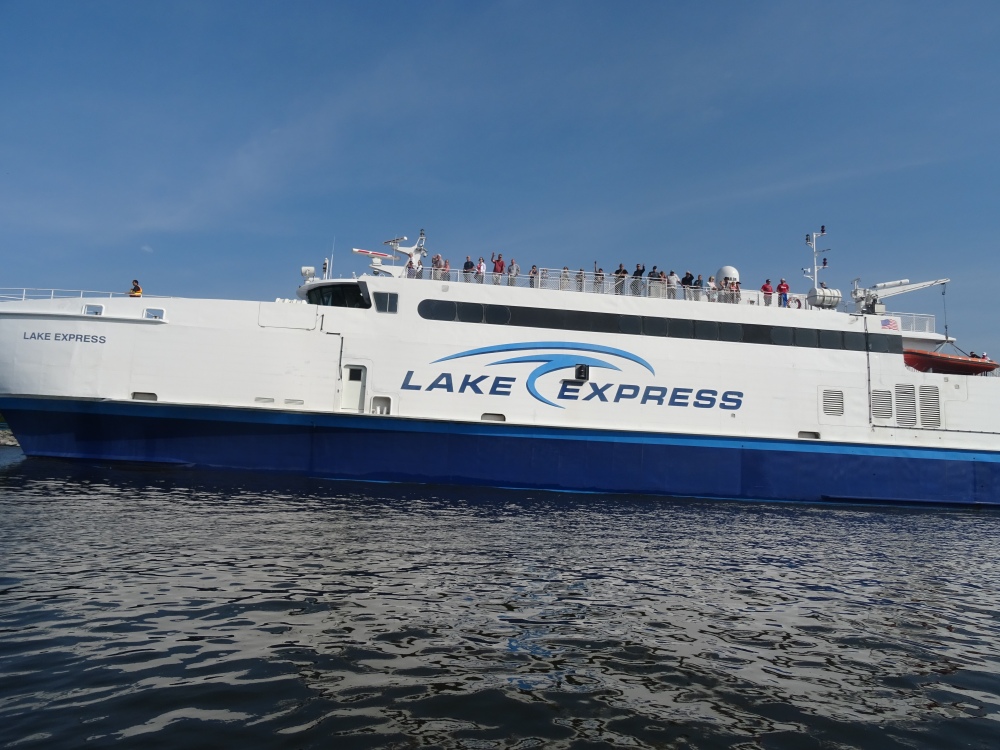 I’ll do the museum and pictures later.