This was the fog in the morning and I tried to get a picture of the sun coming up over the shrimp boat. 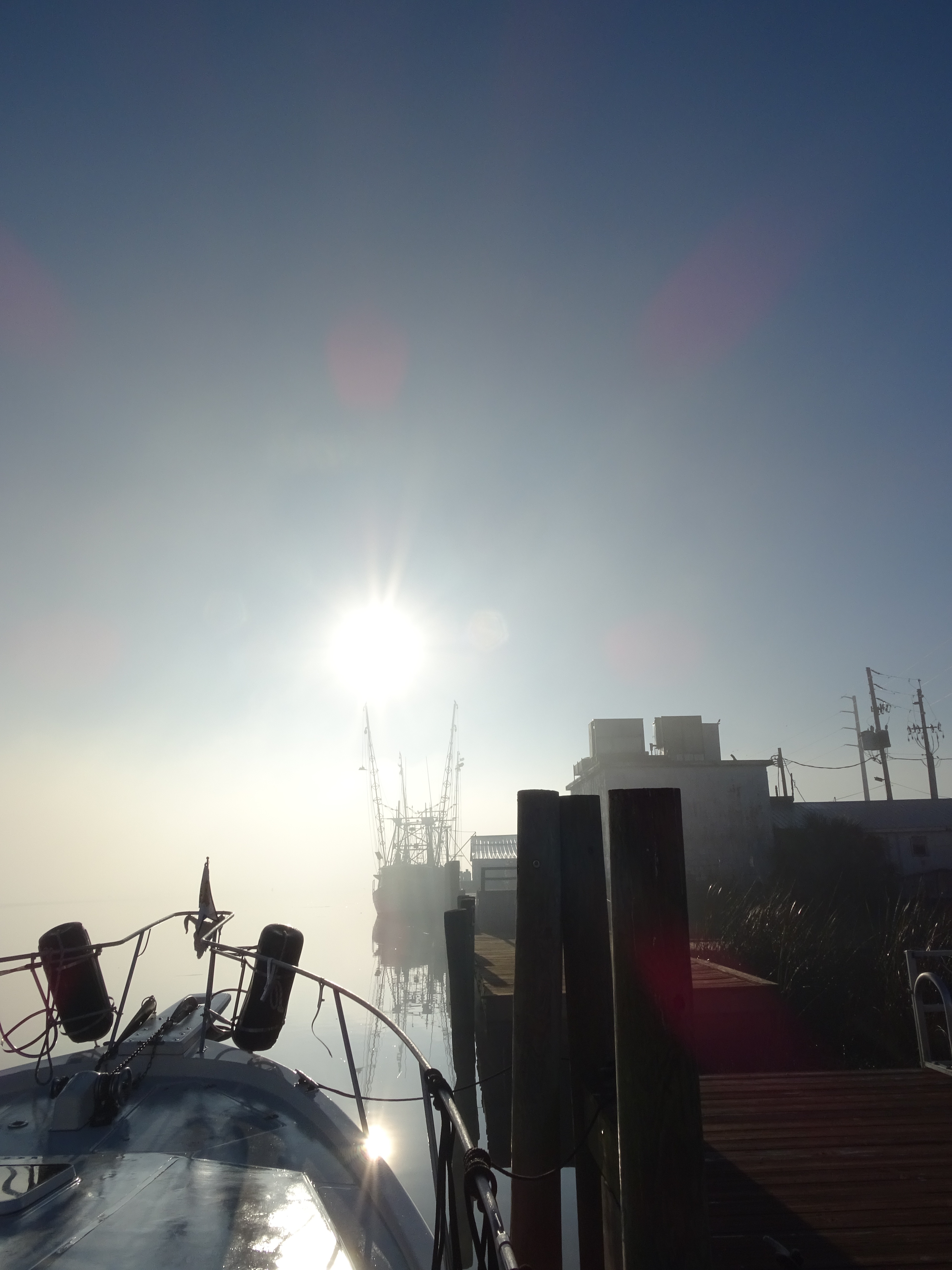 Much better picture than the day before. HAHA I am recovering still but much better. 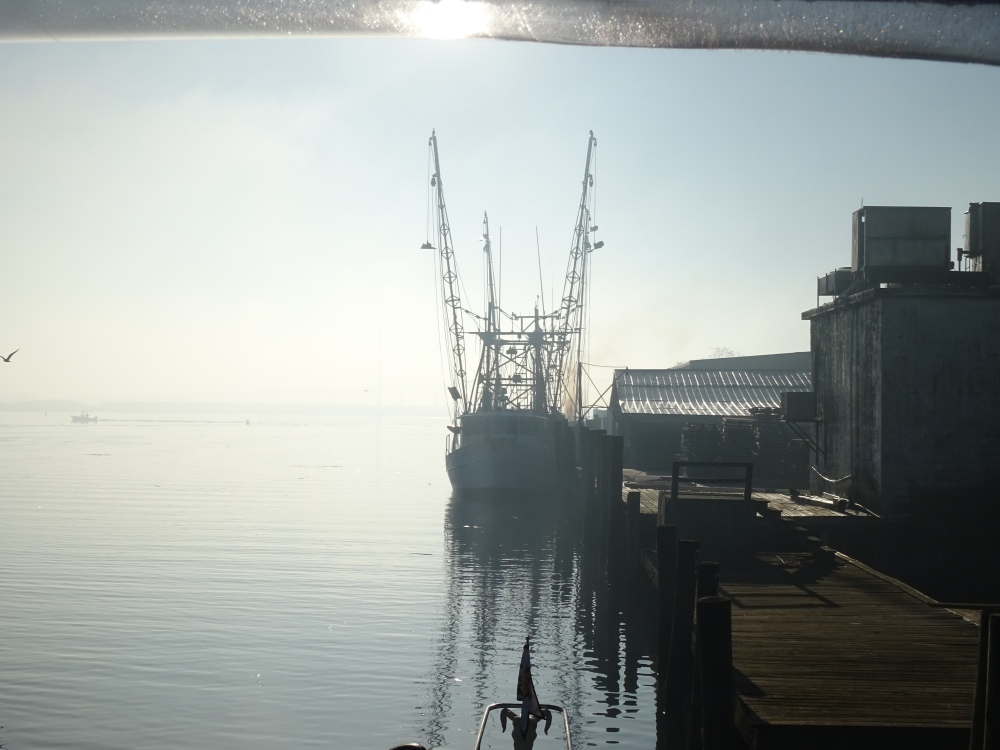 You can hardly see the markers so we will wait a  little. 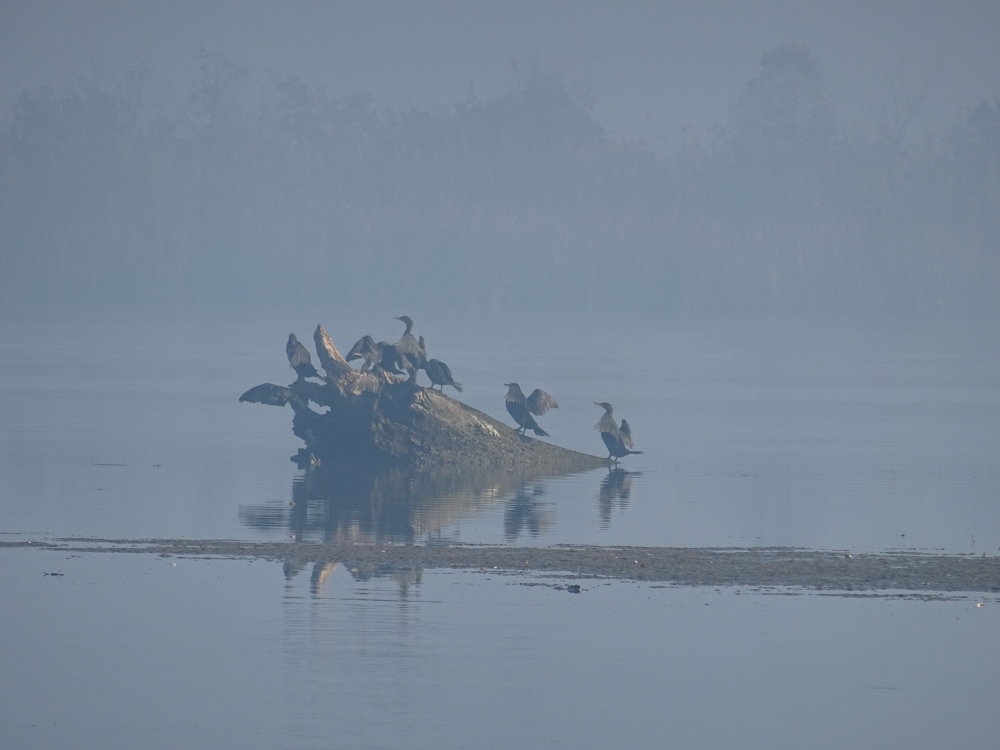 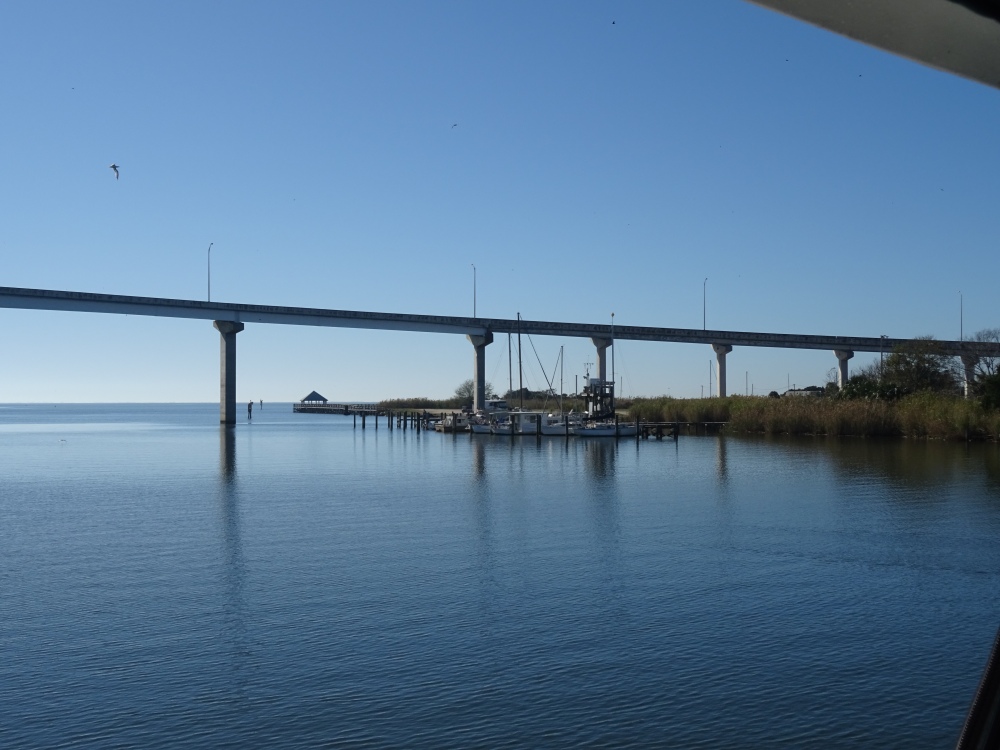 Now here we have the telephone poles in the middle of ICW going from one side of the Bay to the other.  They also like there bridges we figured this one was probably 10 miles long. 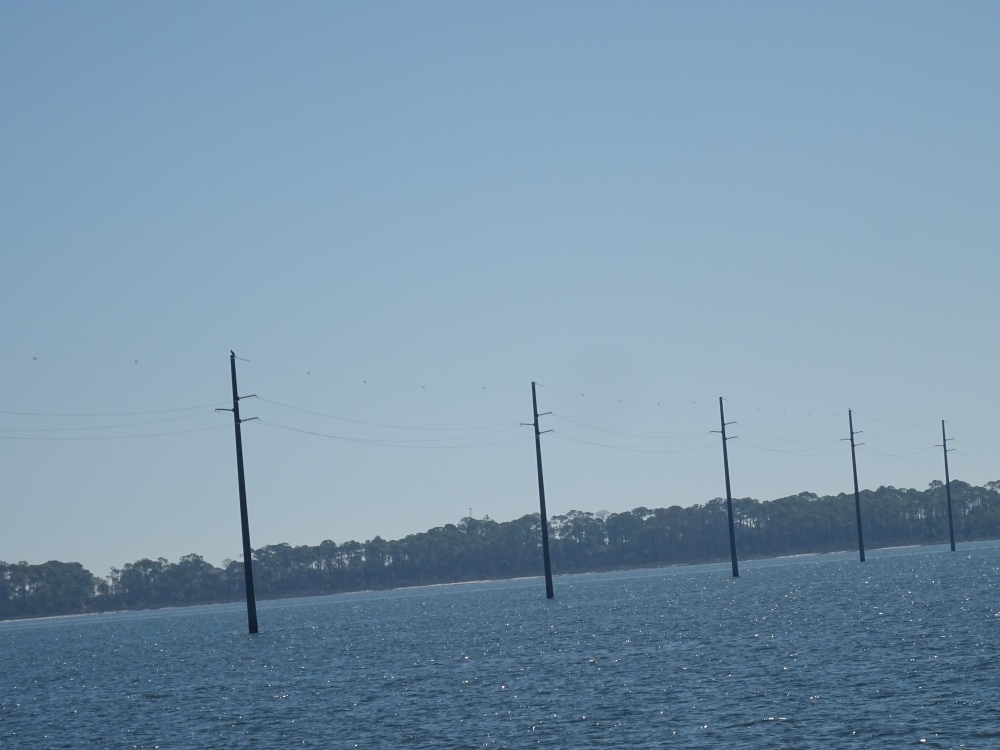 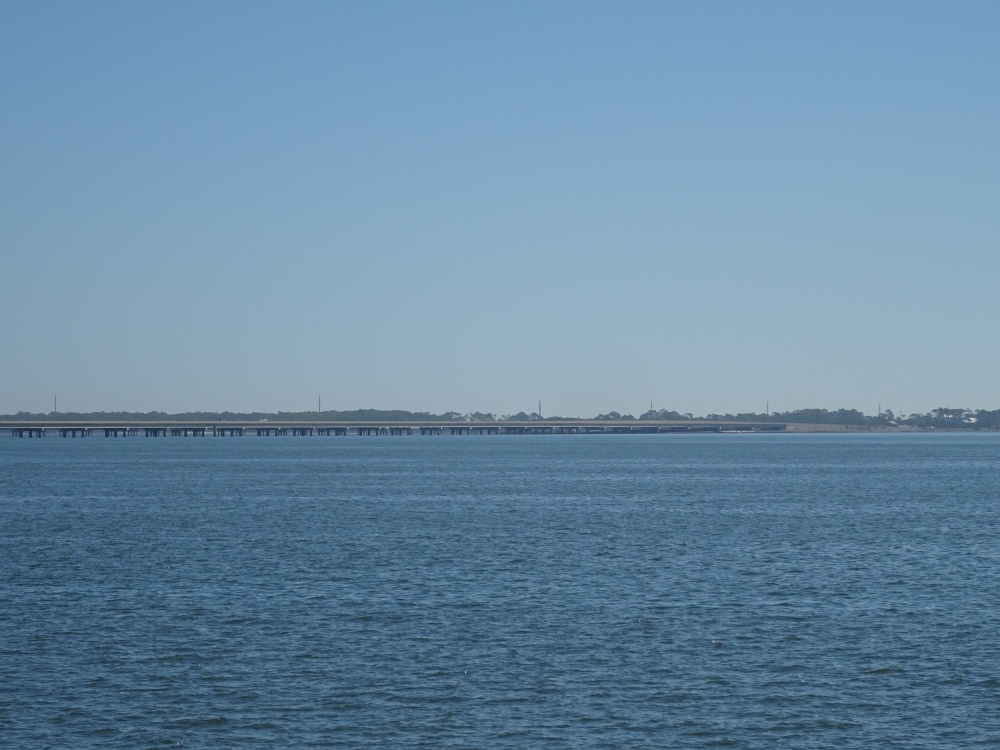 Ist picture of the Gulf and as you can see a sail boat ran aground about a week ago and still has not got off the reef.  This is called Dog Island and that is where we will head out to cross the Gulf in a day or so. 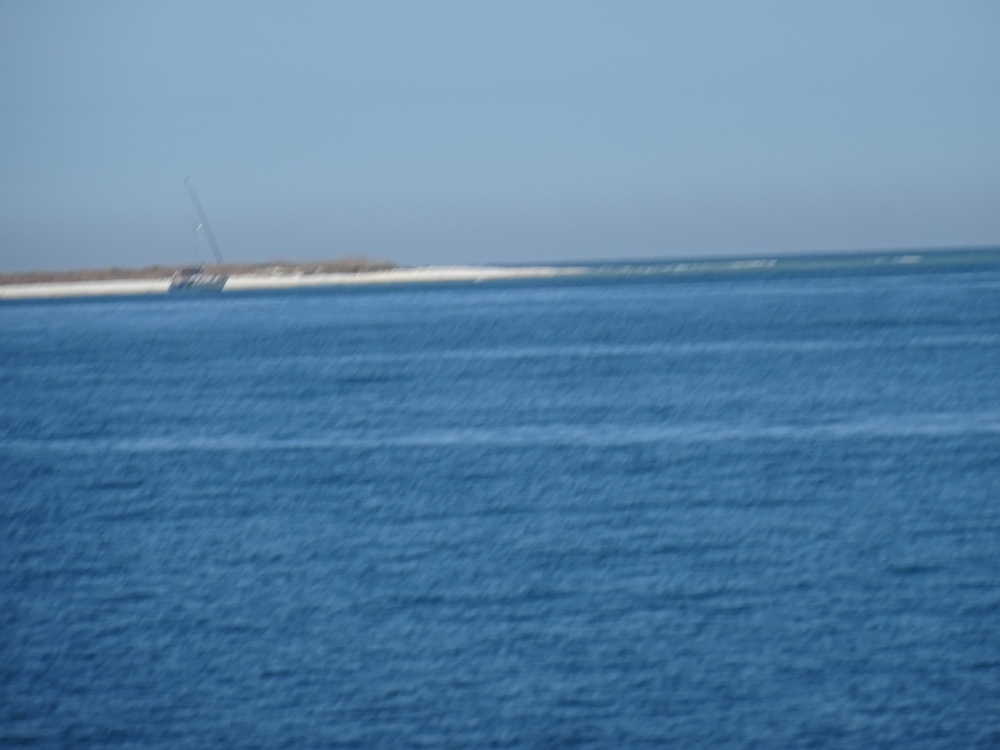 Now it is hard to tell what colors the markers are and which side to stay on.  These are covered by birds much like ship Island in Orillia. 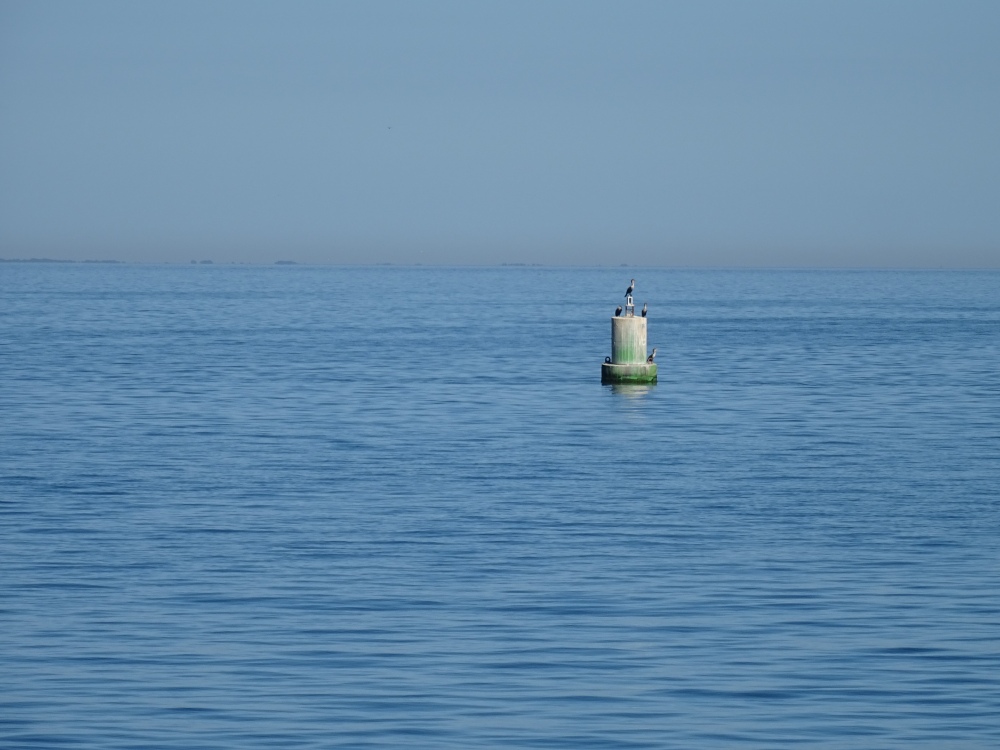 This one was green. 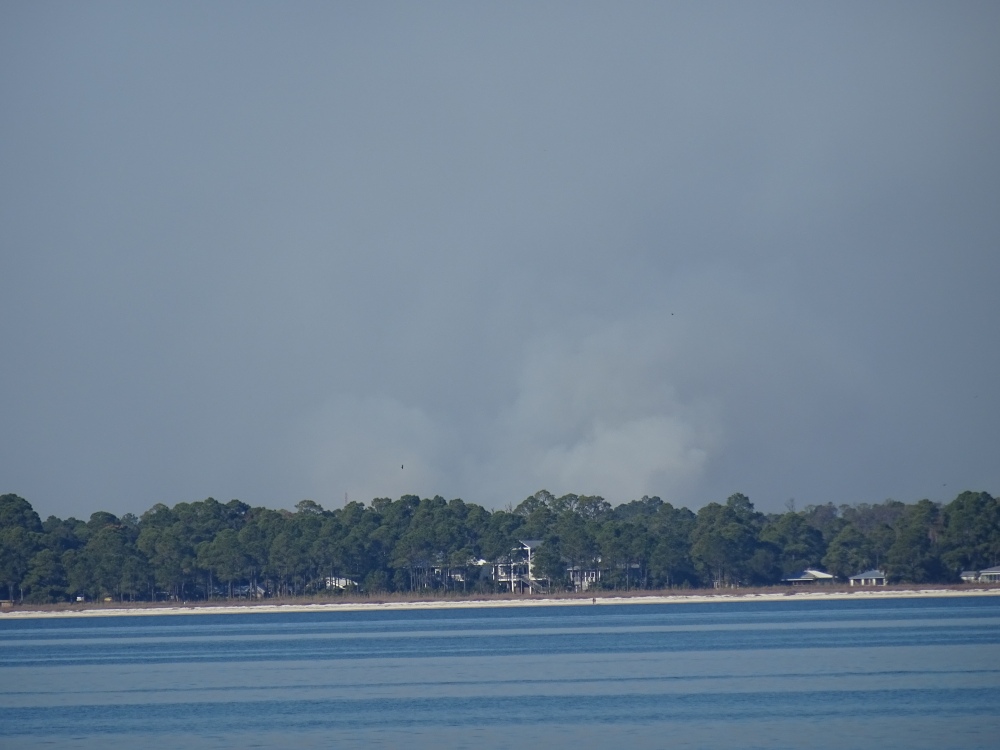 Spotted this that we thought was another fire and  according to the marina it is just burning some brushes.  A controlled fire.

Arrived at Carrabelle and tied up at the Mooring Marina.  Free breakfast with the stay. 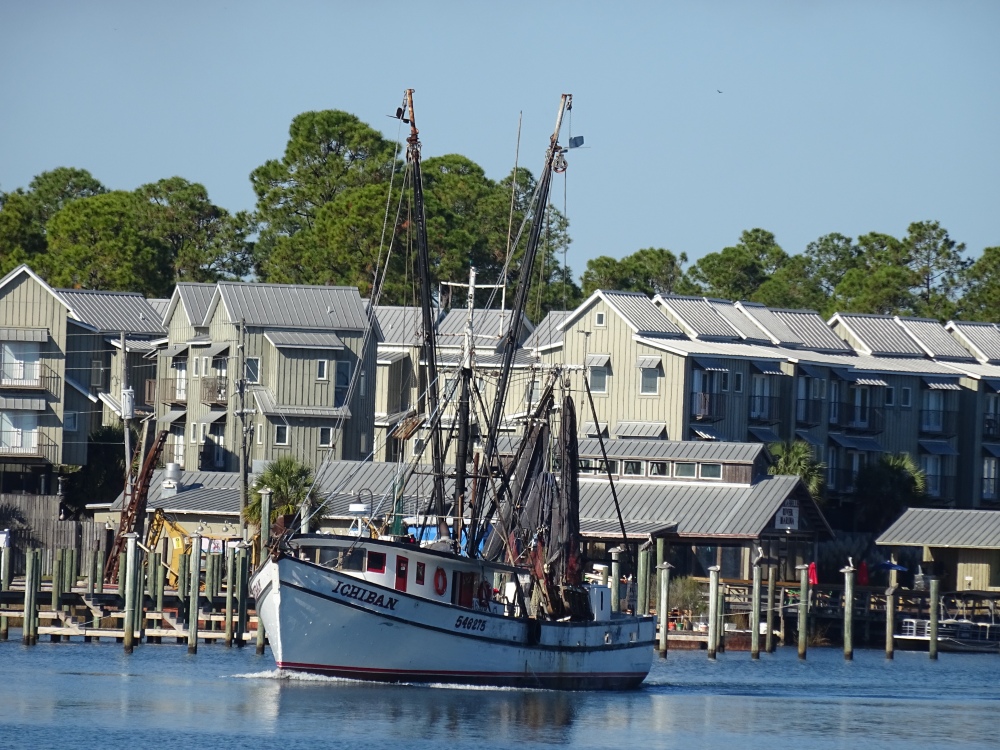 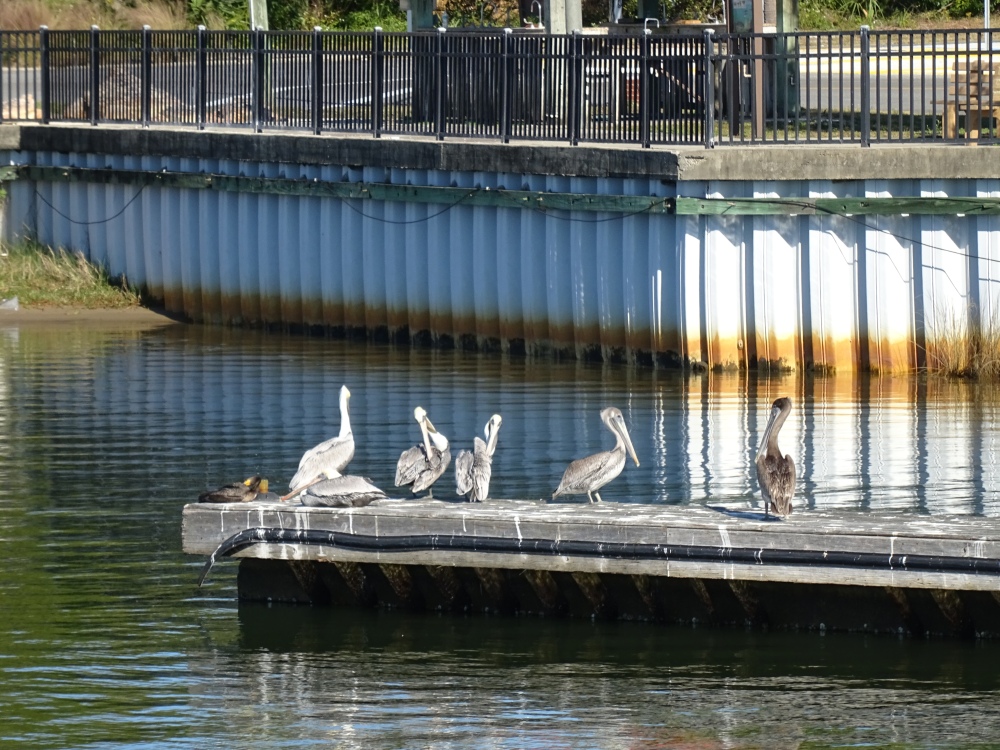 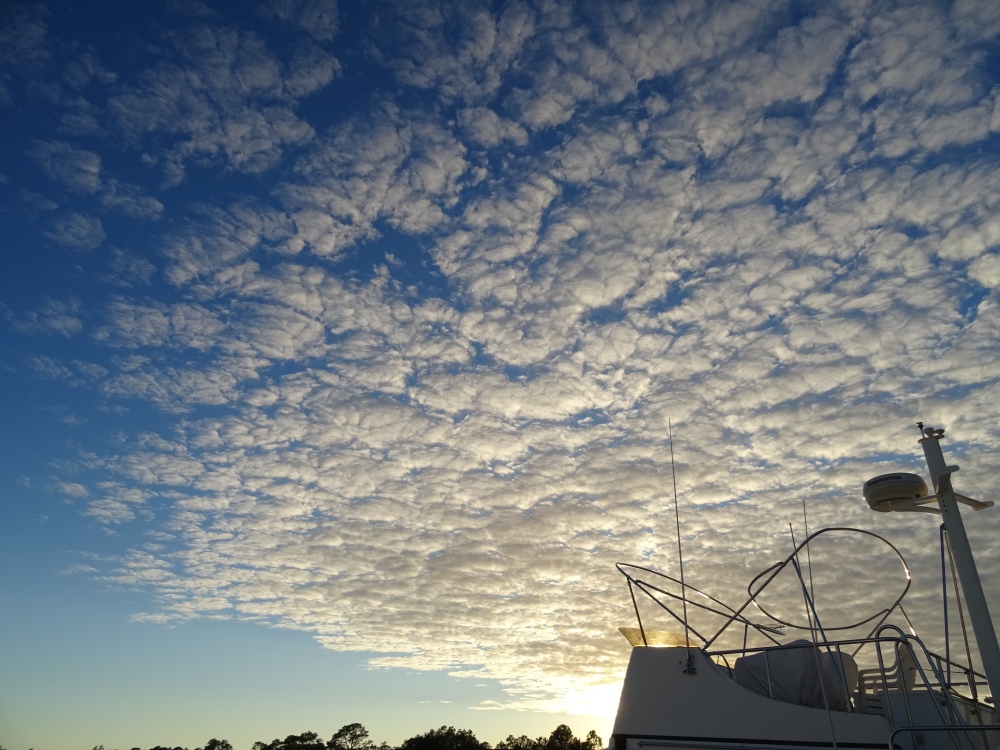 This was the cloud cover just at it was getting dusk.  The no see ems are out in full force. 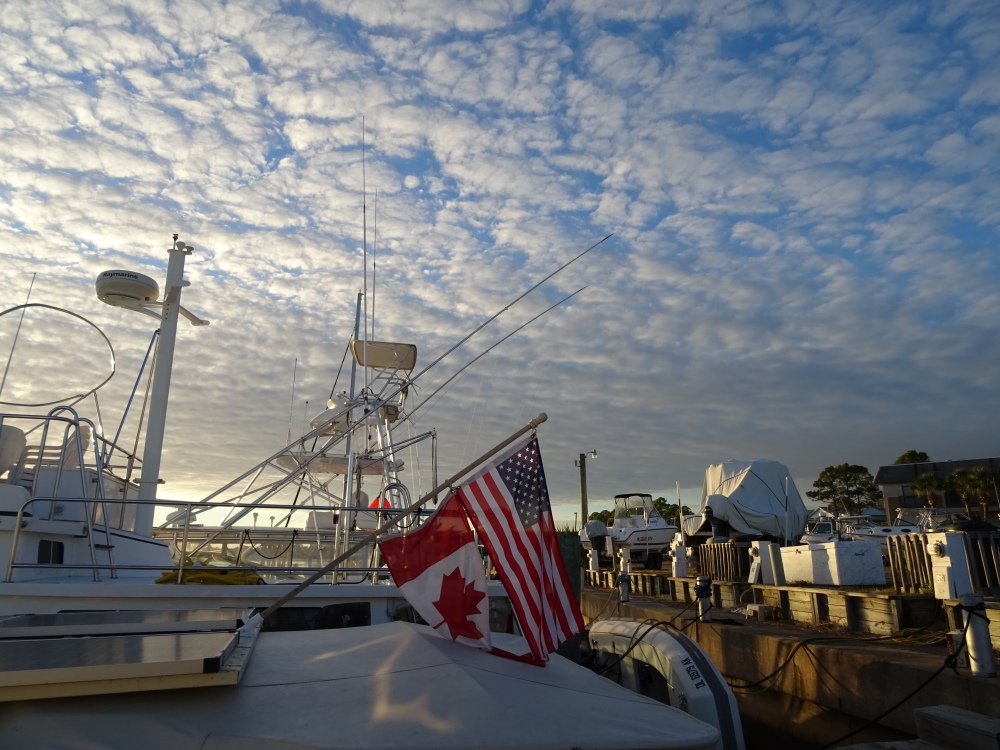 Another couple came and talked to Casey and john and talked us into going for a drink and dinner.  Guess what I’m up for it John’s been out twice and I stayed in as I was suffering the ocld and did not want to get anyone else sick.  Yippee. 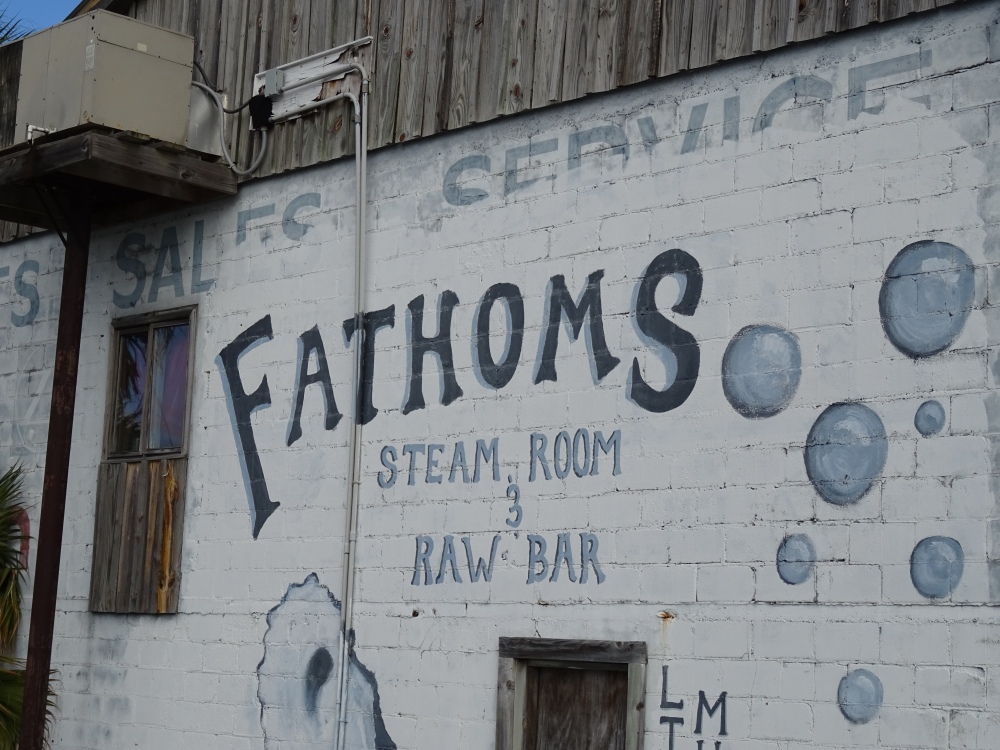 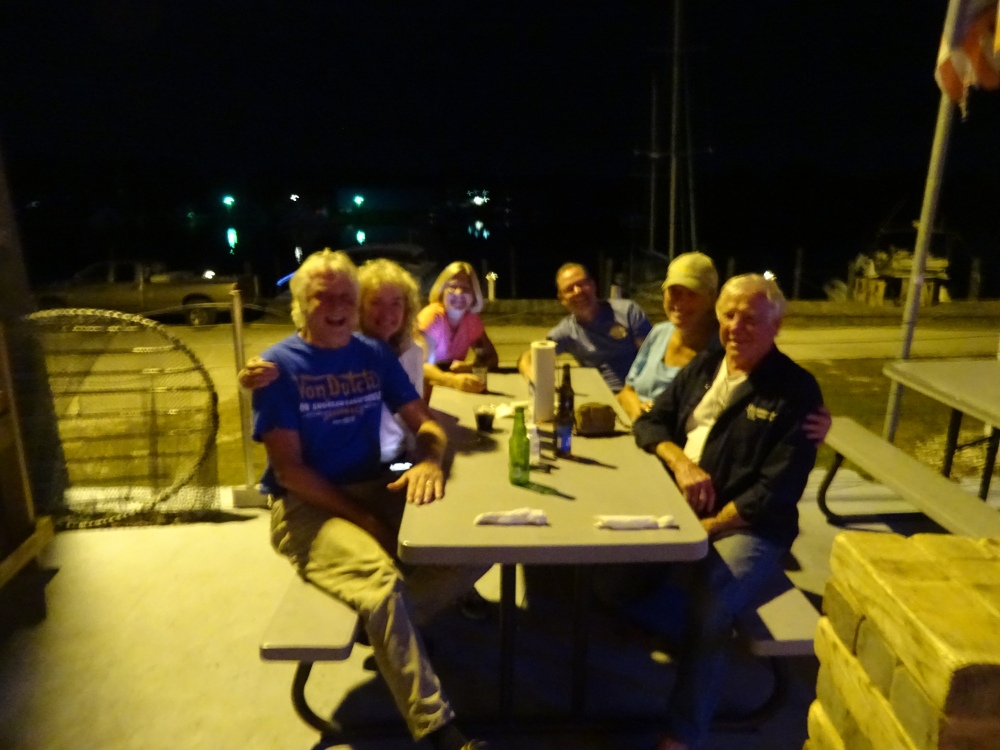 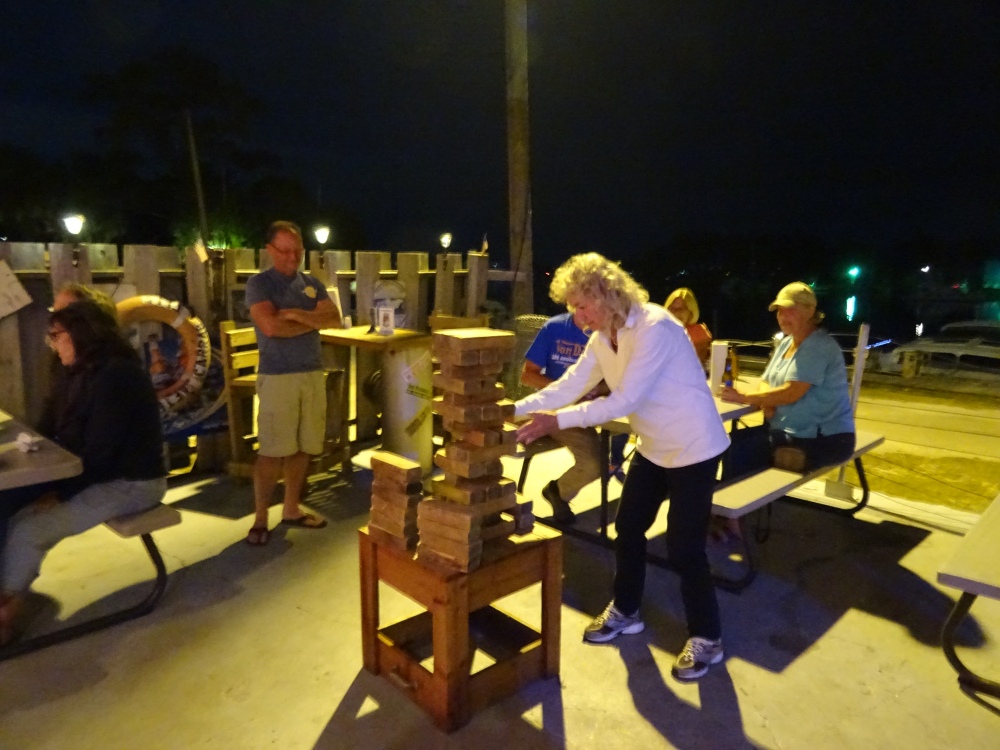 So while we are at the bar they decided to play a game and Kerry won.  Then John and Casey tried and Casey won.  Can’t remember the name of the game its where you remove blocks. 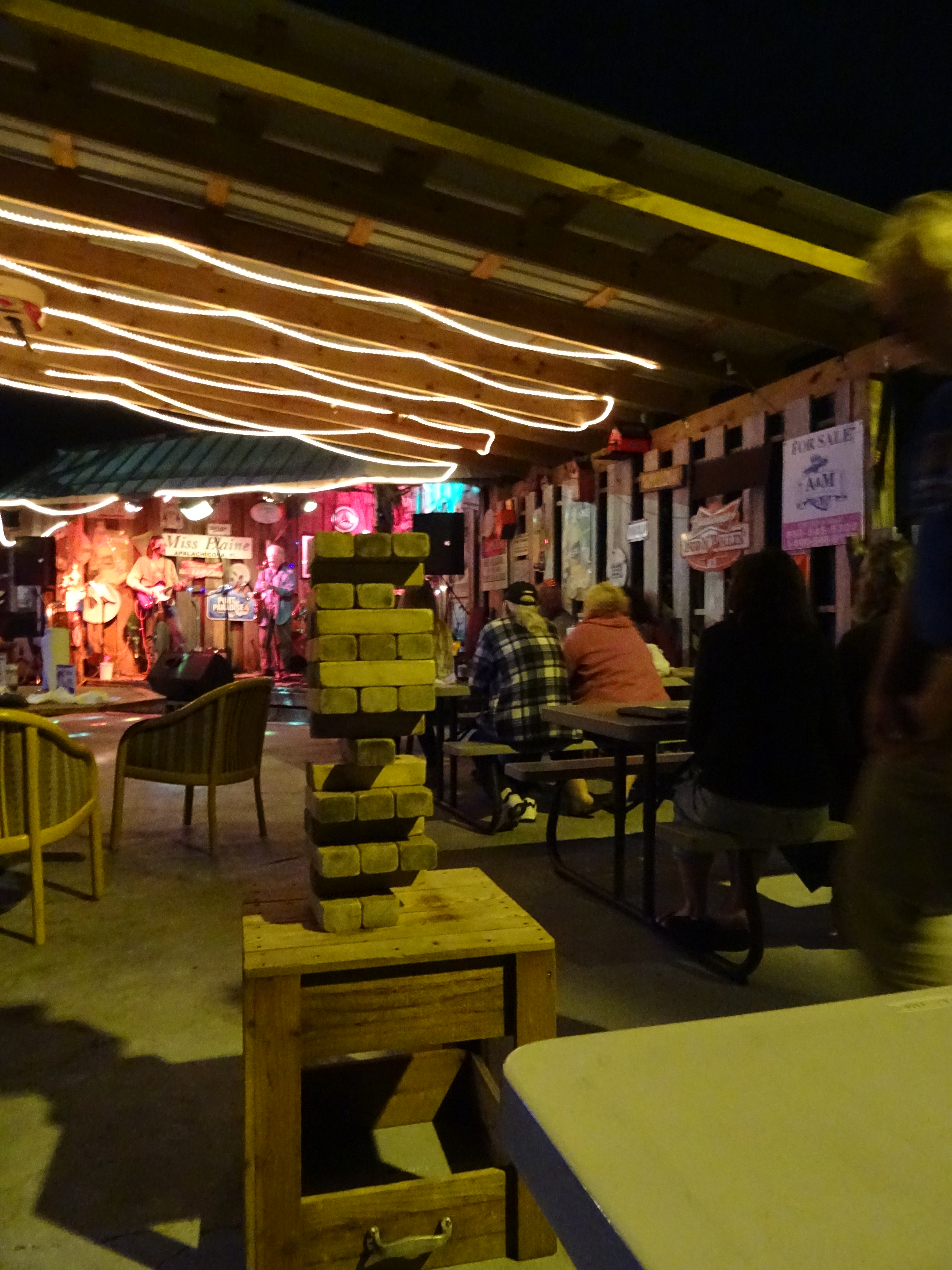 Had a great evening and came back to boat early to rest. 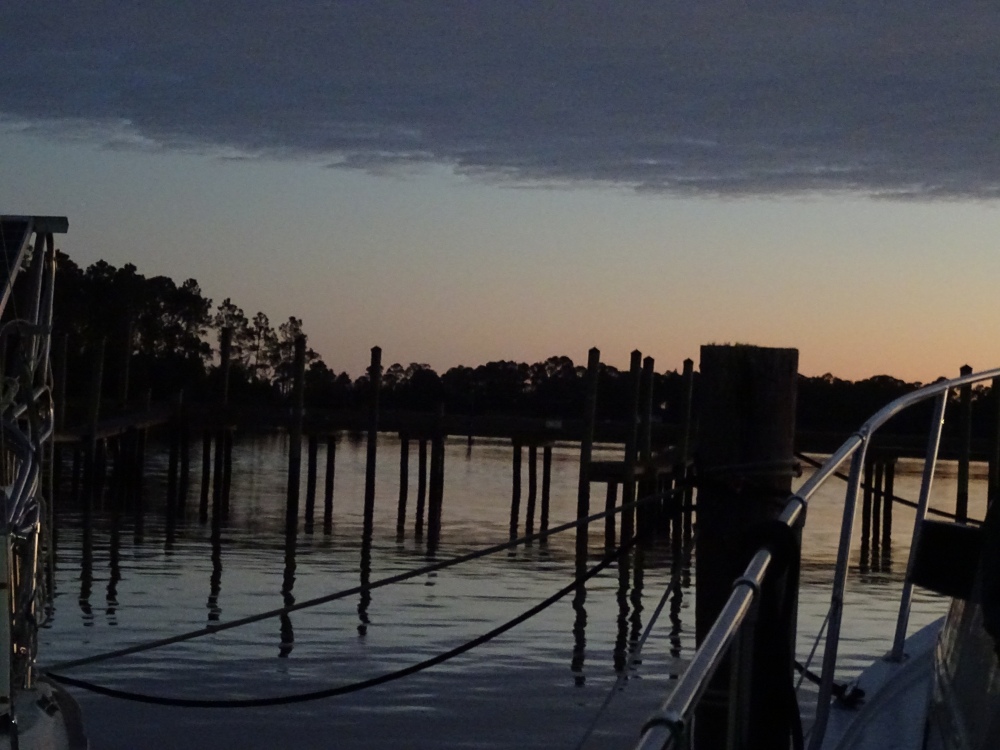 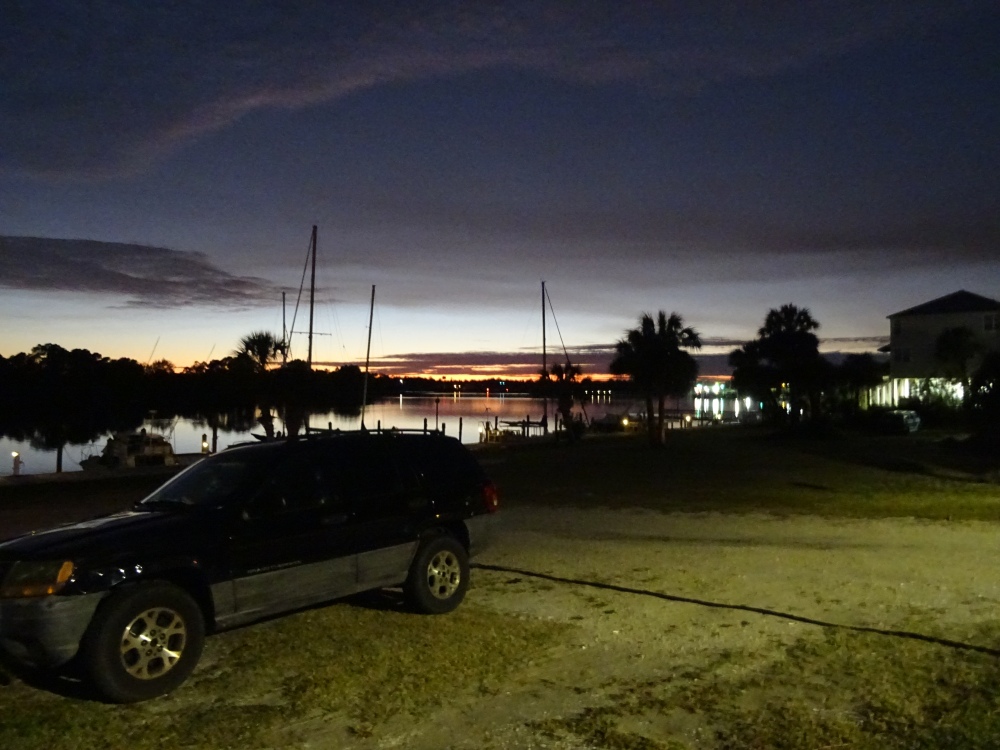