When we arrived at Lugsdon Tug Service and tied up we decided to walk around town.  There was a Mexican festival going on and we had some taco’s and food before going back to the boat to sit and have a few drinks. 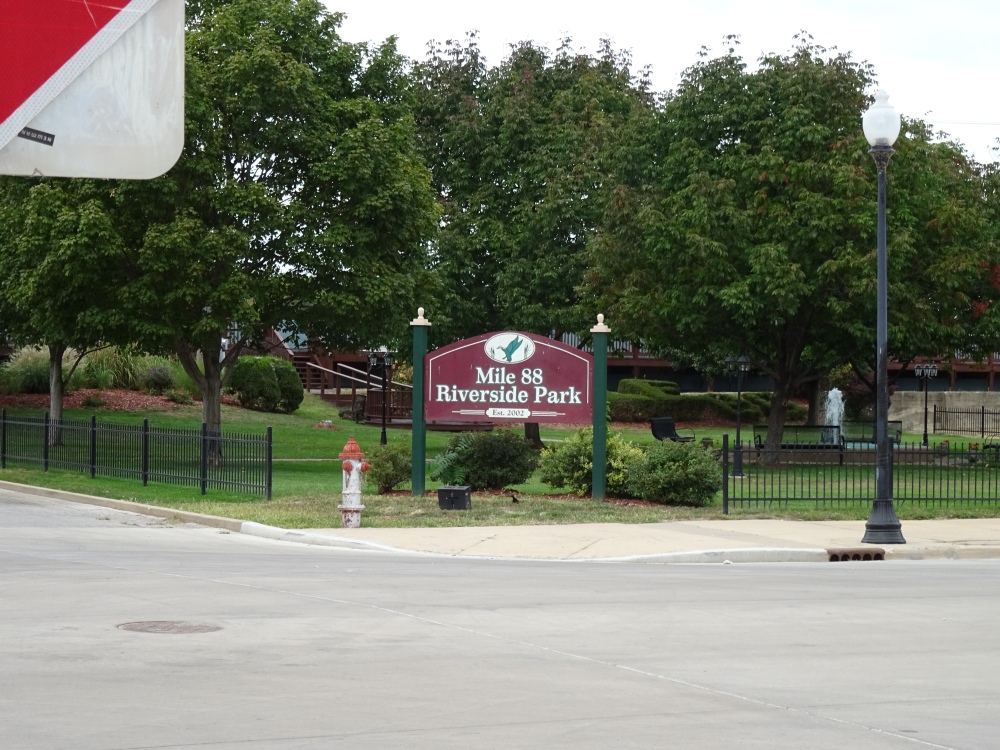 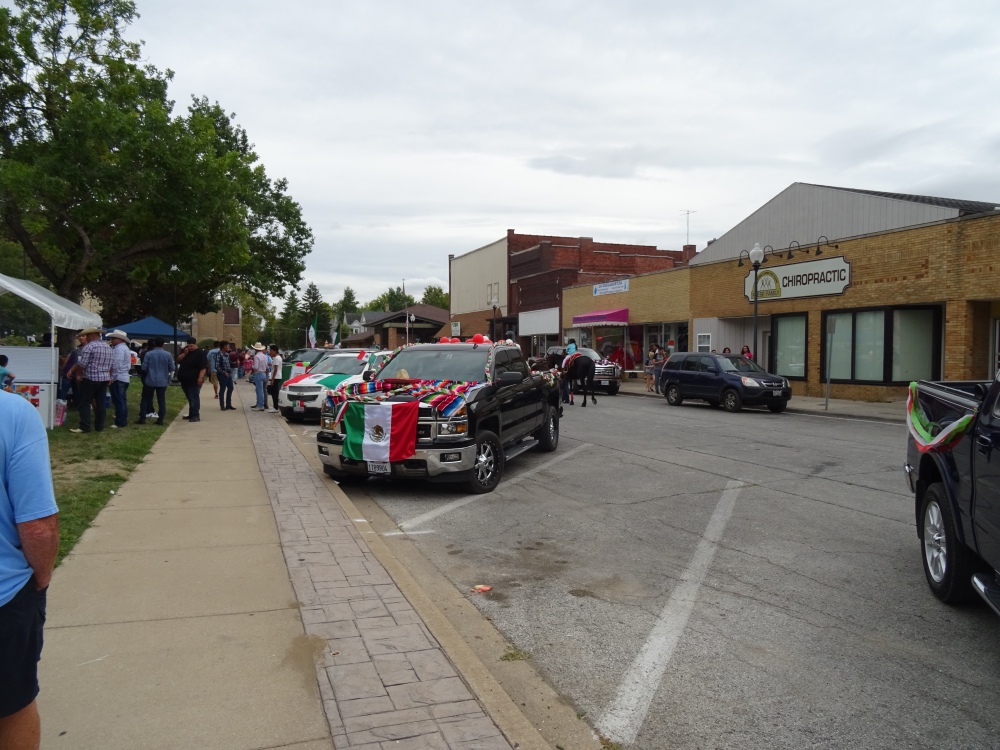 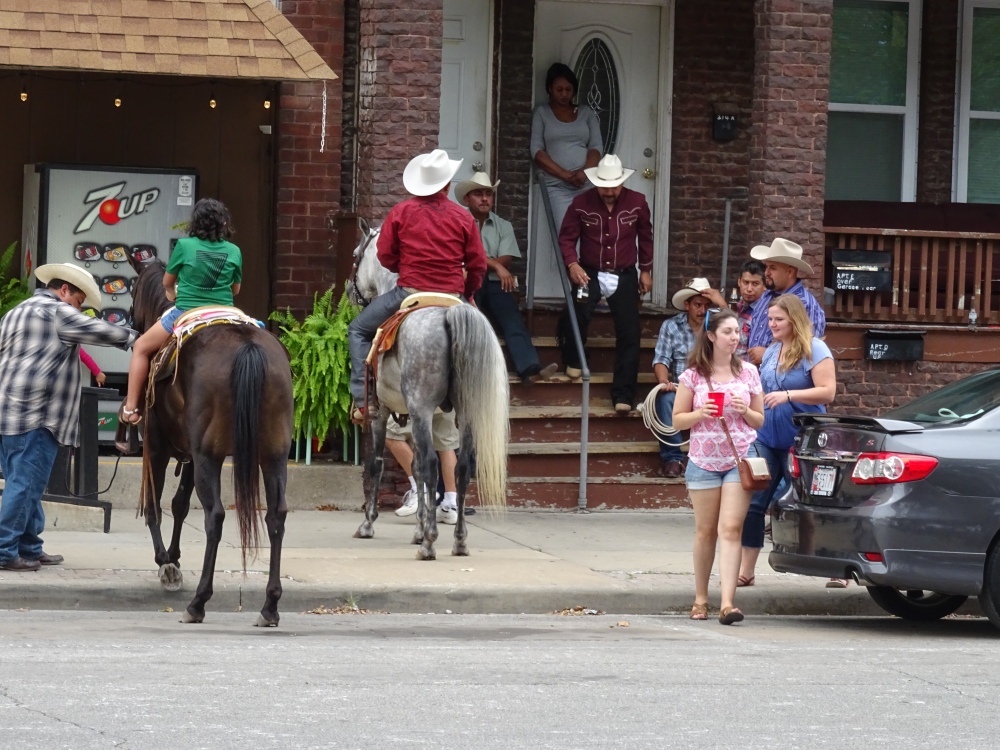 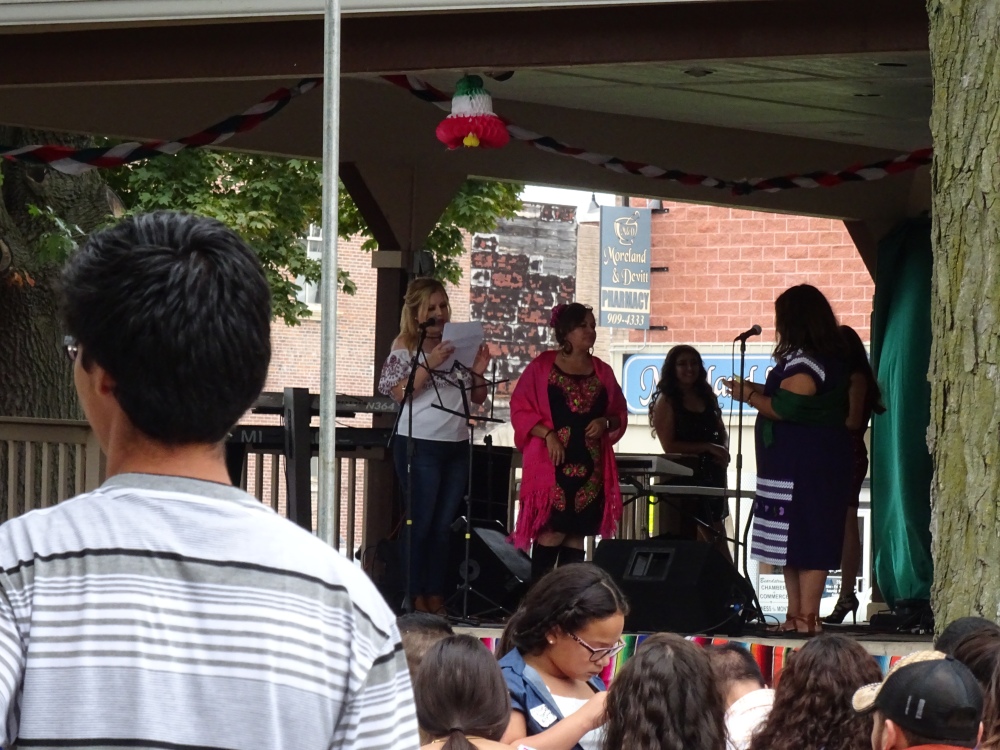 Now this is a picture of all of us enjoying a cob of corn.  The cob is cooked you peel the leaves back put in butter then mayonaise sprinkle parmasen cheese all over and then a sprinkle of  chilly pepper.  Delicious the best cob of corn I ever had and all of us agreed.

The next day was supper hot so I stuck around the shade of the boat while everyone else went shopping.  I have done to much eating.

This is what was on the barge, I kiddingly said to John watch out for the rats. 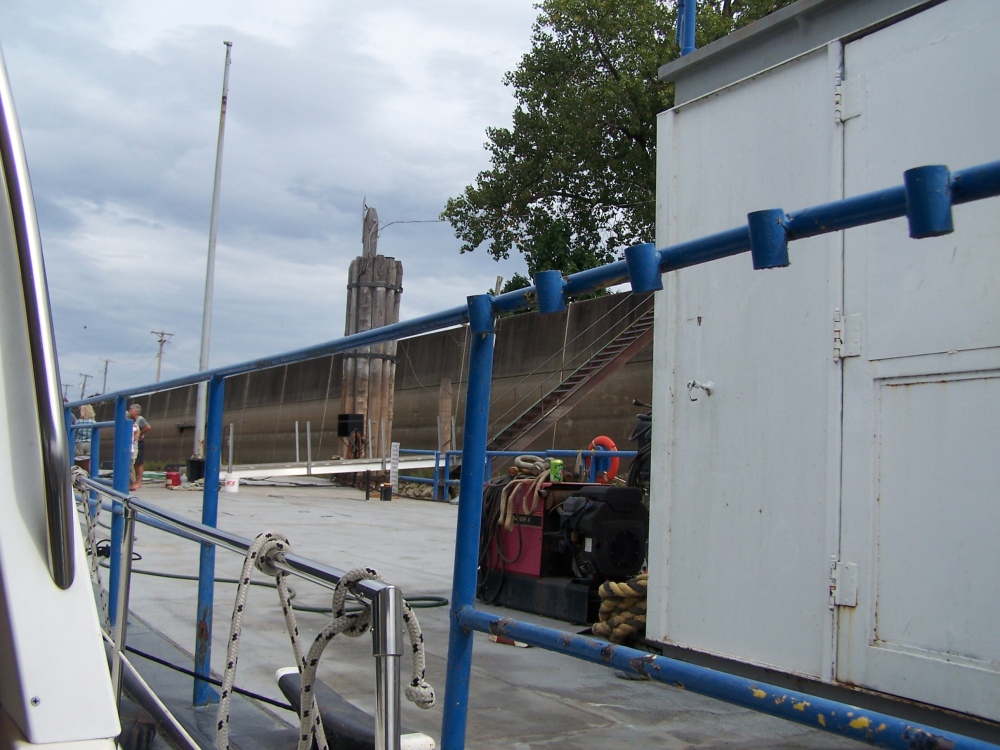 Everyone on the tug service was so good to us and the other boats that had no place to stay and they brought in the other barge for them to tie to.  I cannot say enough about Logsdon Tug Service and how accommodating and amazing they were.  Also John got to go into the tug and talk to them to determine how they are able to move around so well. 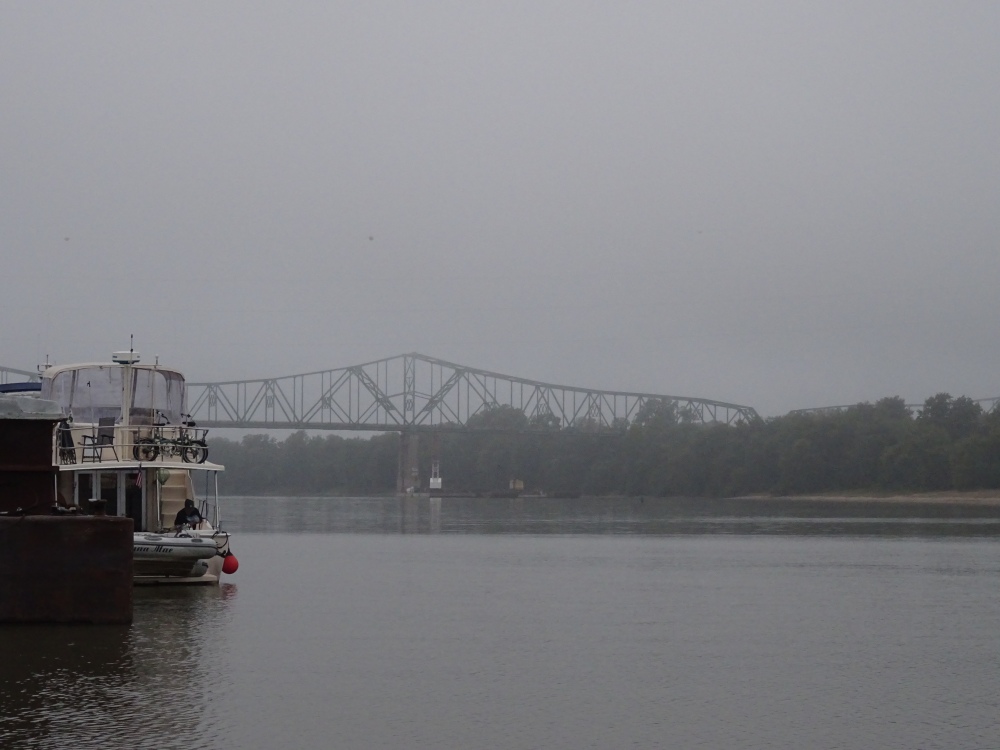 We said good bye and then headed to the  Le Grange lock to see if we could get through the system.  Now Le Grange has been closed to PC (Pleasure Cruisers) except for certain hours as they were busy trying to get the tugs and barges through.  Also at the bottom at mile 77 they had tugs and barges stuck as the water is down and we may not get through them as well. The river had been closed for several days due to barges and they have Coast Guard doing a survey to see if they should dredge. 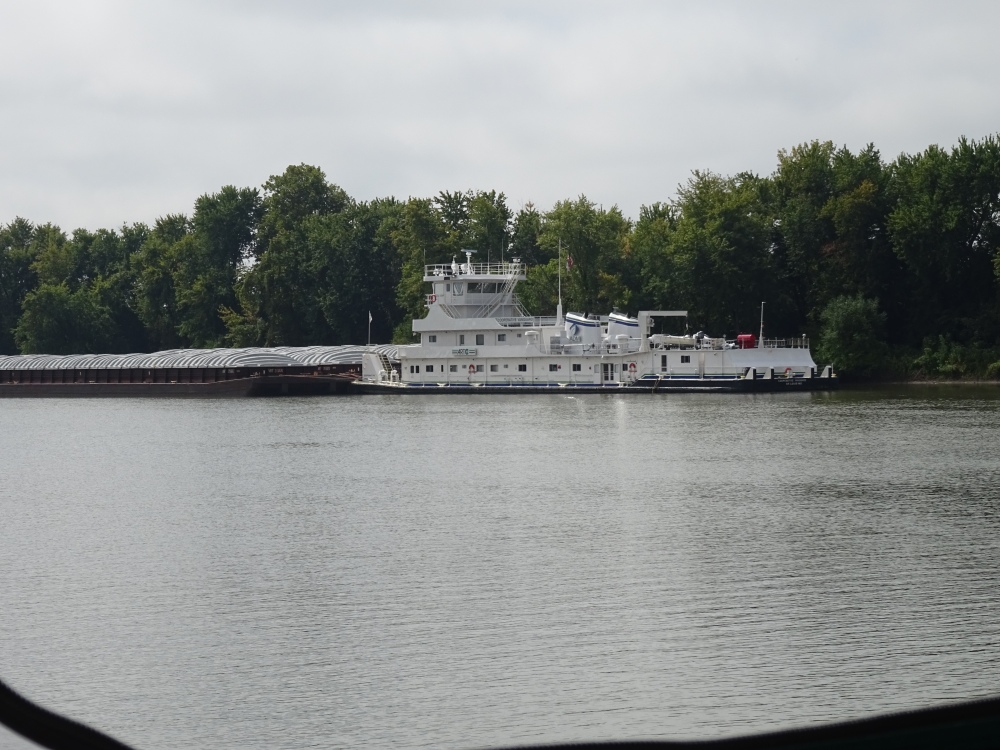 These are some tugs waiting for the locks and dredging to take place before they can head down the river. 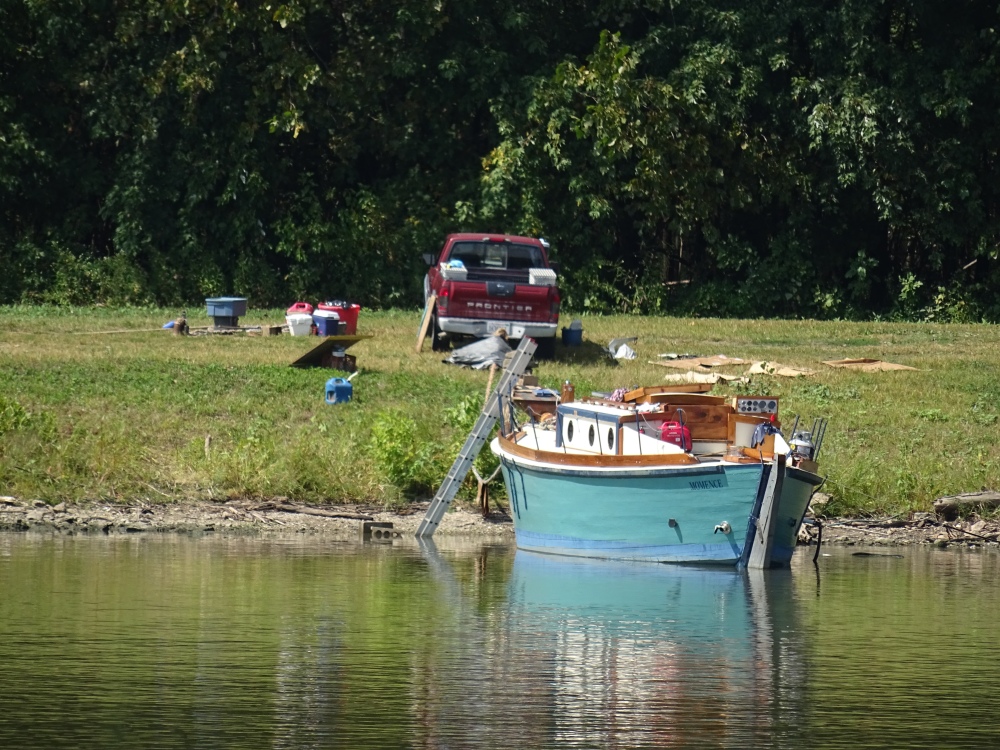 This is the boat that someone is working at just before the lock.

We got through the lock and past the barges.  To many pictures of barges on the river side to count.  Heading for an anchorage Buckhorn Island.