Marshall and Corine came over to our marina late on Saturday so now we have 3 Canadian Boats all on dock G at Burnham Harbour. We took the trolley ride about 2 in the afternoon all 3 couples.  Here is a picture of the trolley ride and I have written on it all the spots we have already seen as well as going to see. 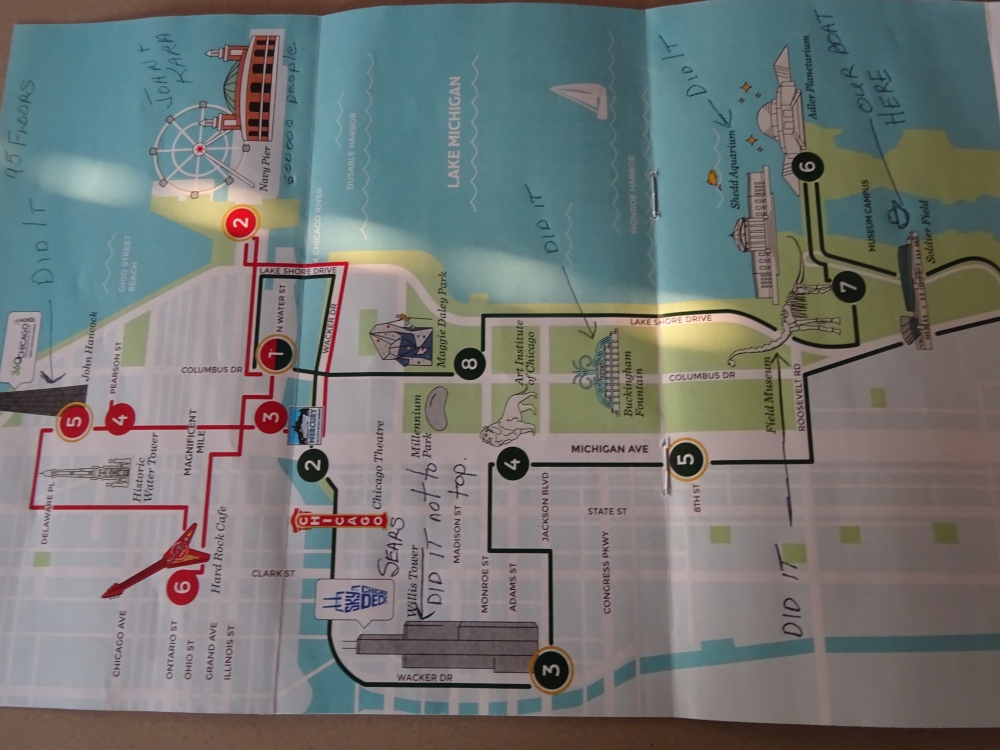 These pictures are from the bus so they may not be the best. 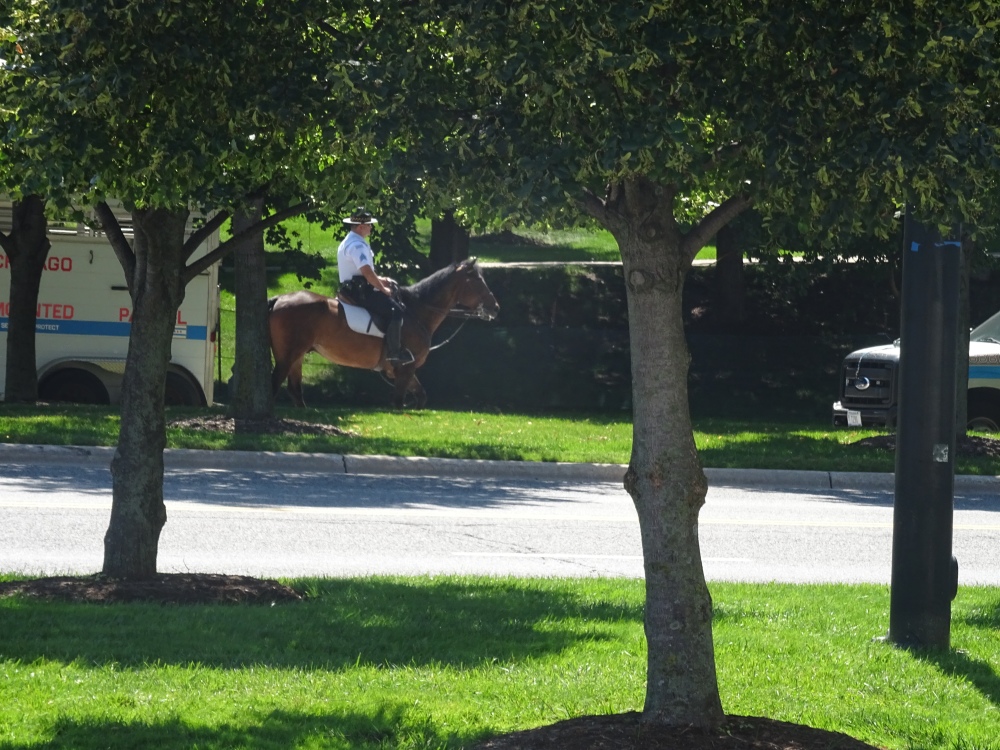 Had to get the police officer on horse back across the street from where we were waiting for the trolley. 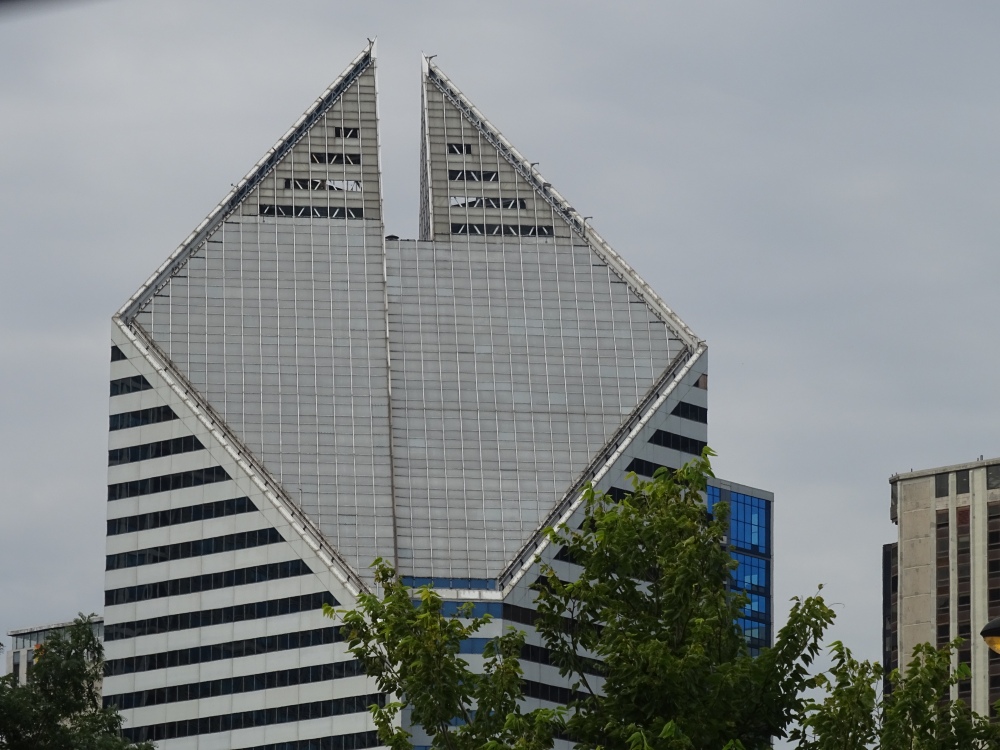 This is in every movie you ever see about Chicago. 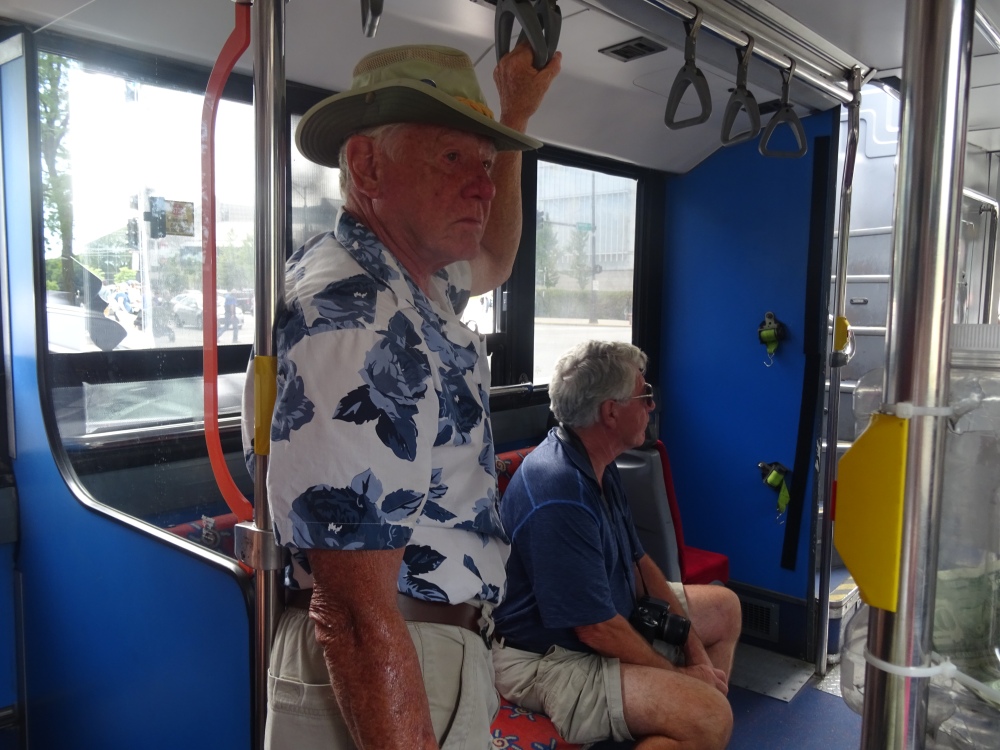 John and Marshall in the trolley we had no room to go up top. 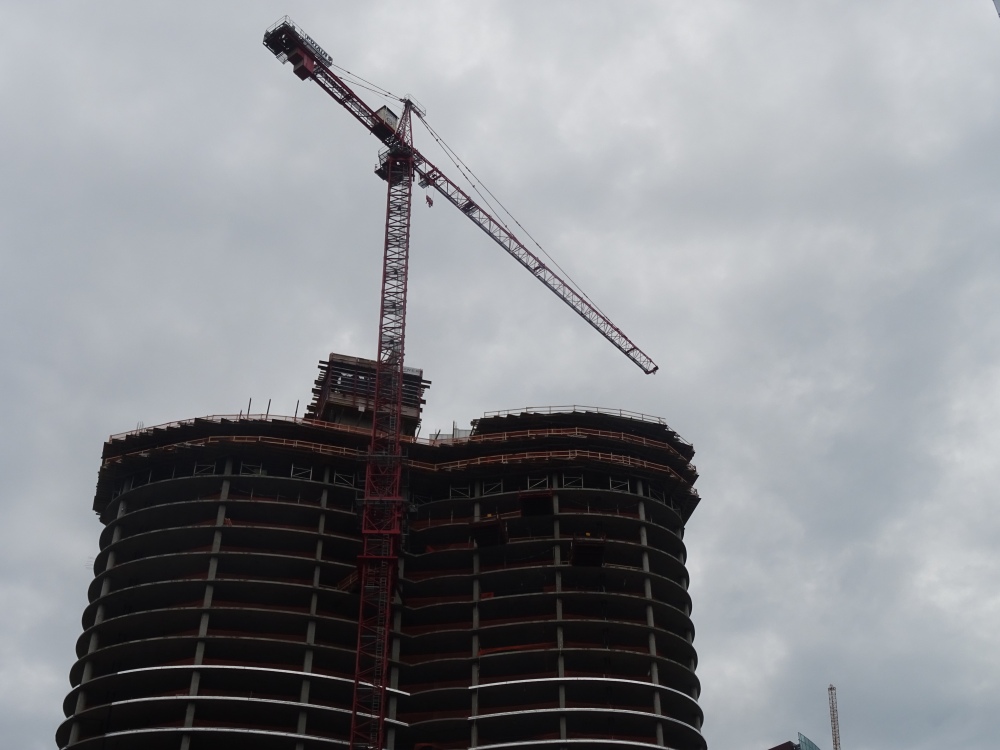 Cam they have cranes here as well.  Lots of them I must admit the arcitech in Chicago is fabulous. 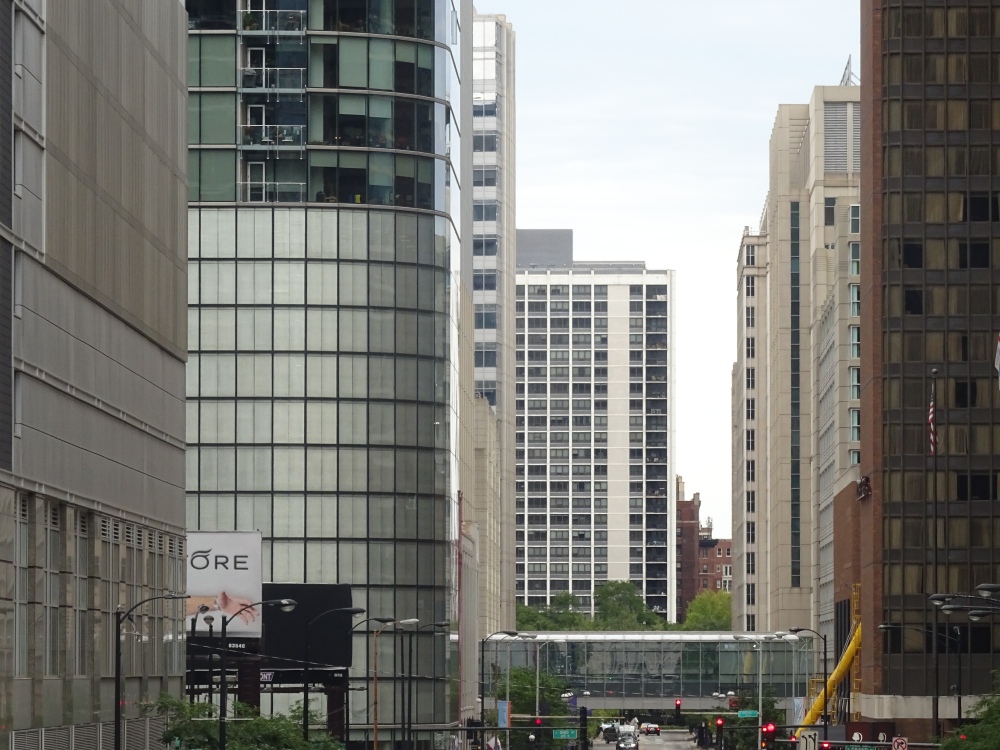 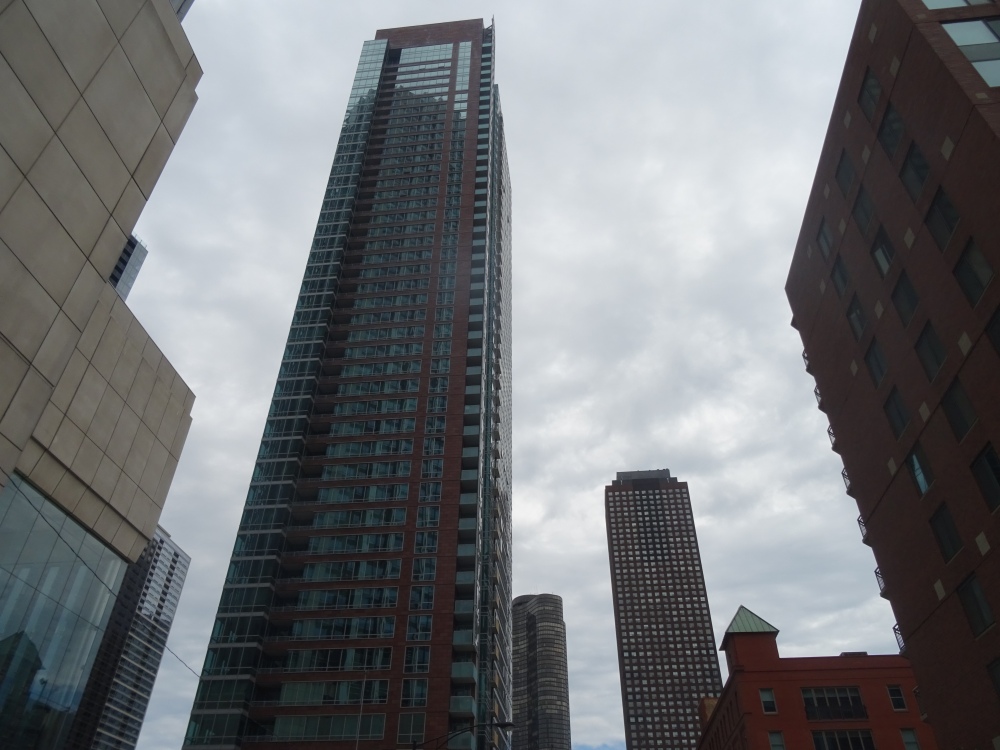 Naval Pier now we did not stop there as it had 500,000 people on the pier doing various things boat rides taxi rides to restaurants and just visiting the pier.  So the trolley did not stop. 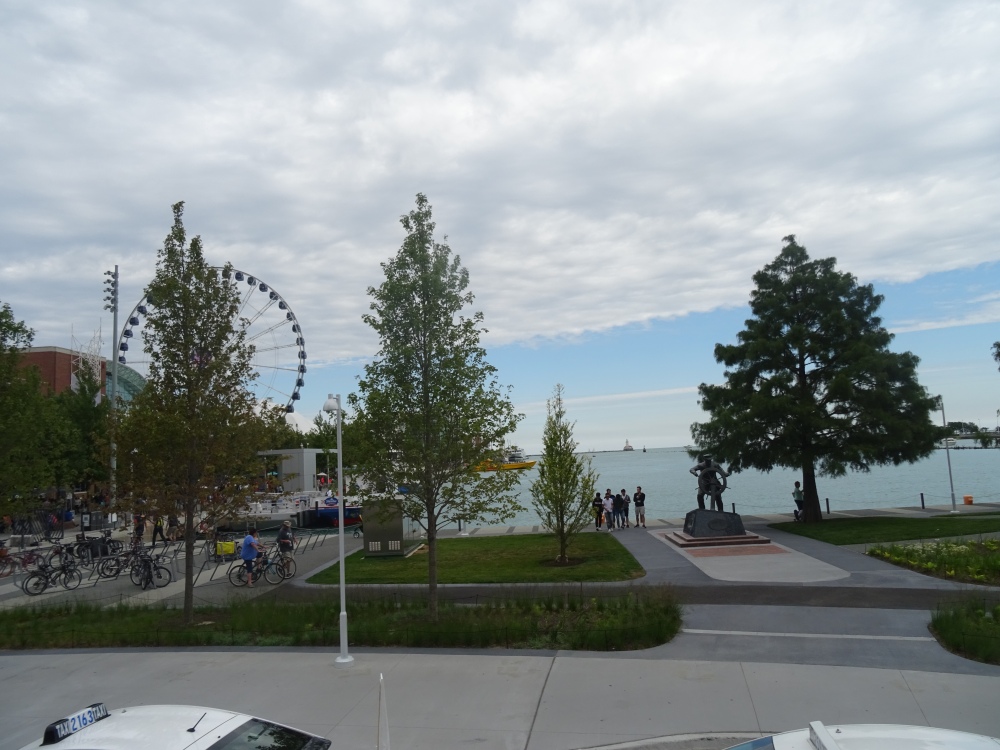 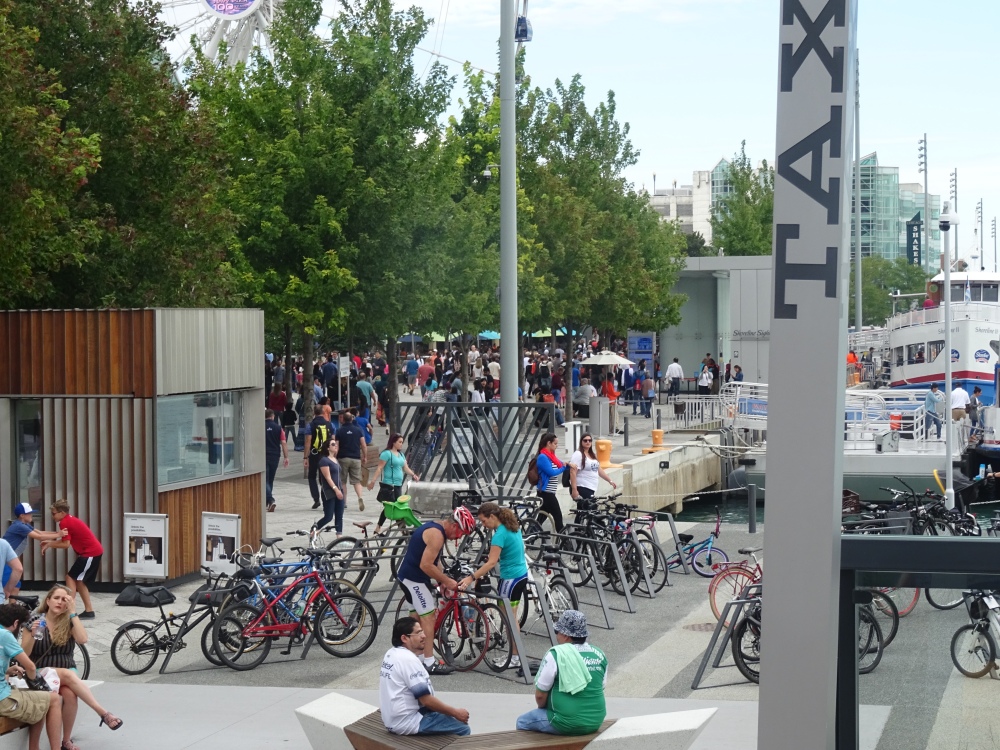 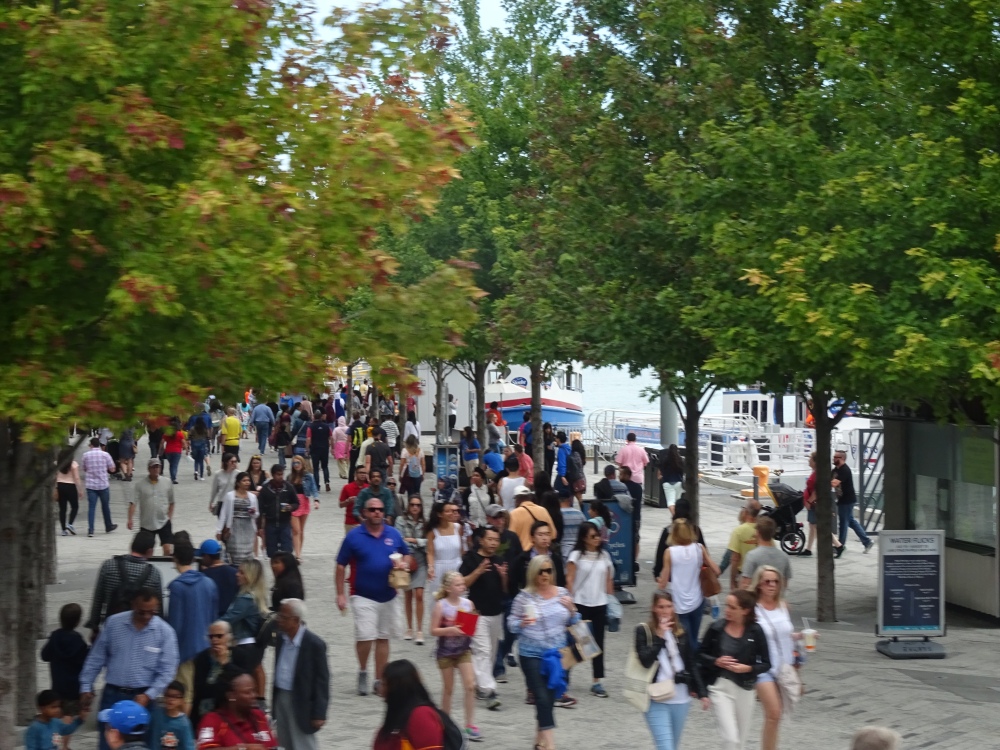 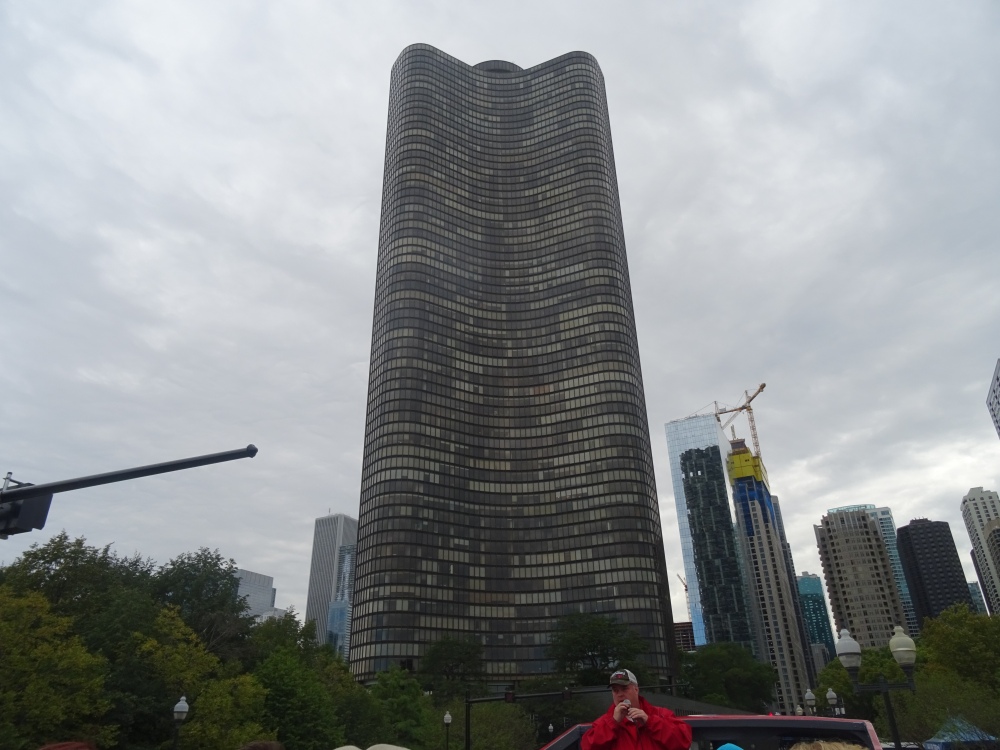 Now this building was built curved  all the way around and one of the tallest building very close to the Pier  This structure can withstand winds over 200 miles an hour and is just beautiful to look at. 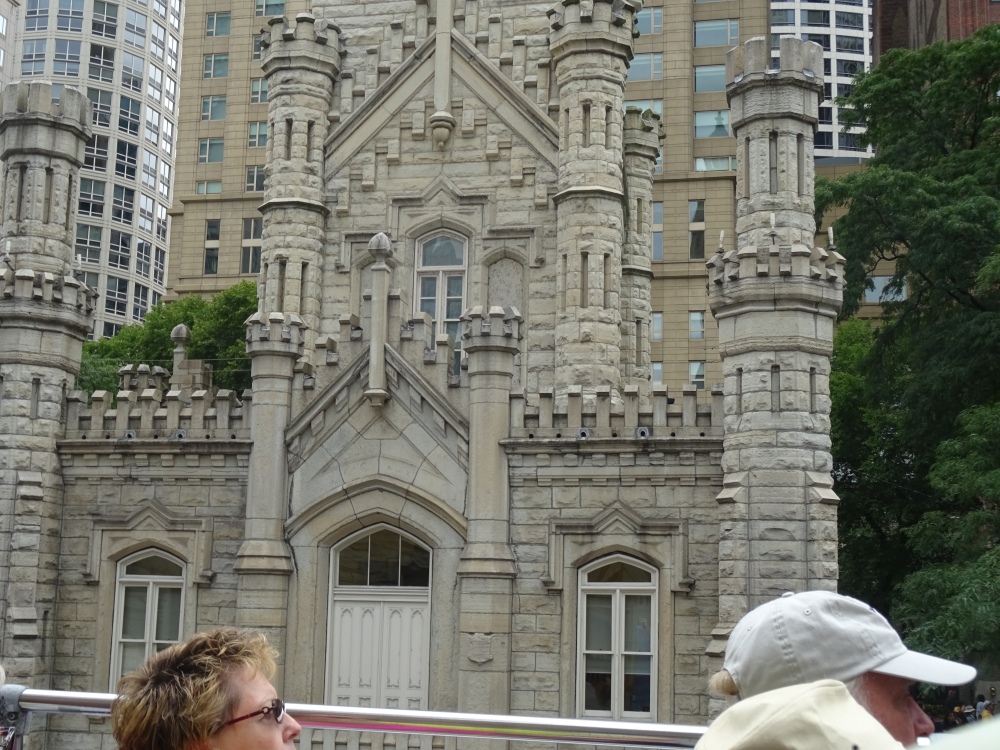 One of the oldest buildings still standing after the Chicago fire.  Next stop the John Hancock building.

Now this building is 95 stores high and we went all the way to the top for a drink and take some pictures.  The best location to take pictures from was the womens washroom.  Go figure.  HAHAHA.  But it is true and here they are. 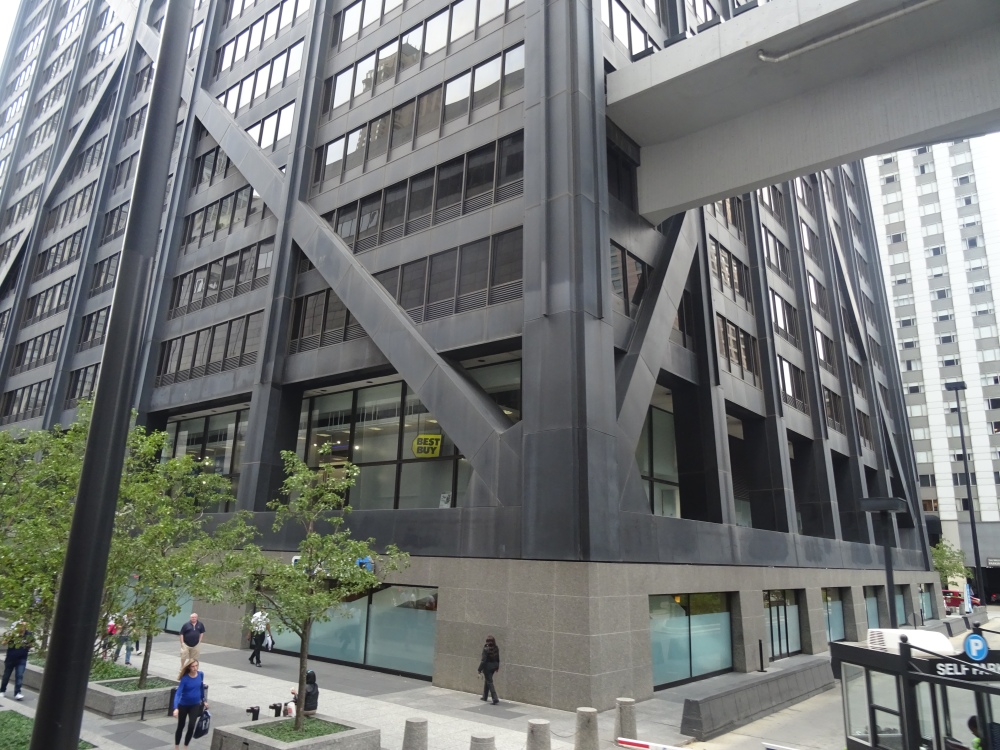 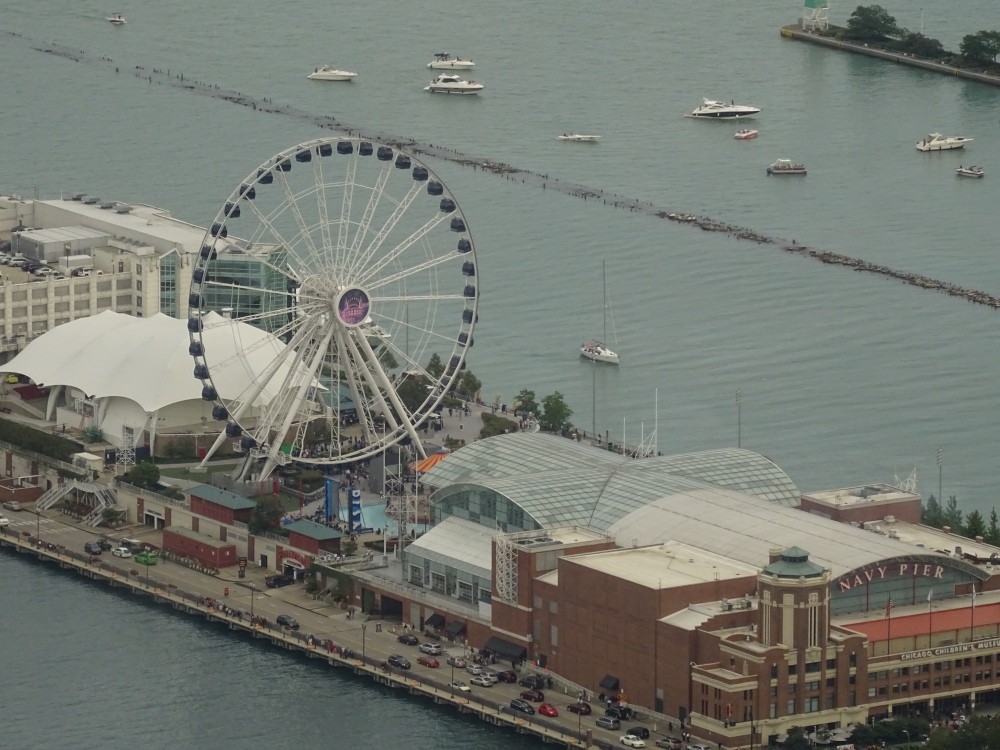 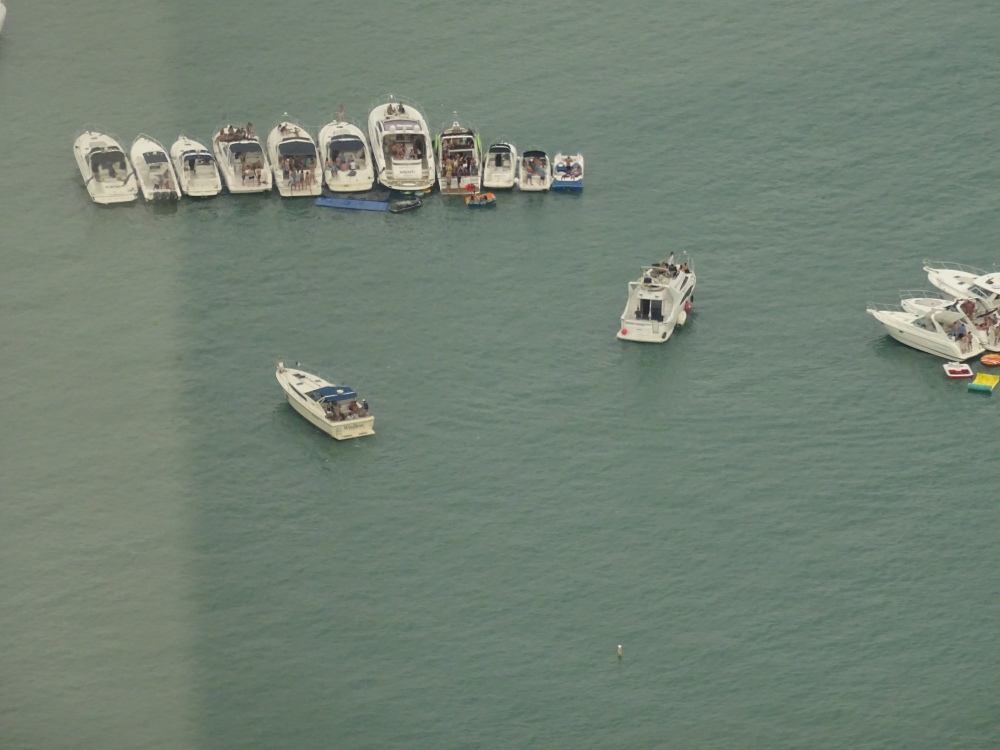 Now they seem to party and tie up just like most people do in the Bays back home bet they don’t have half as much fun as we do. 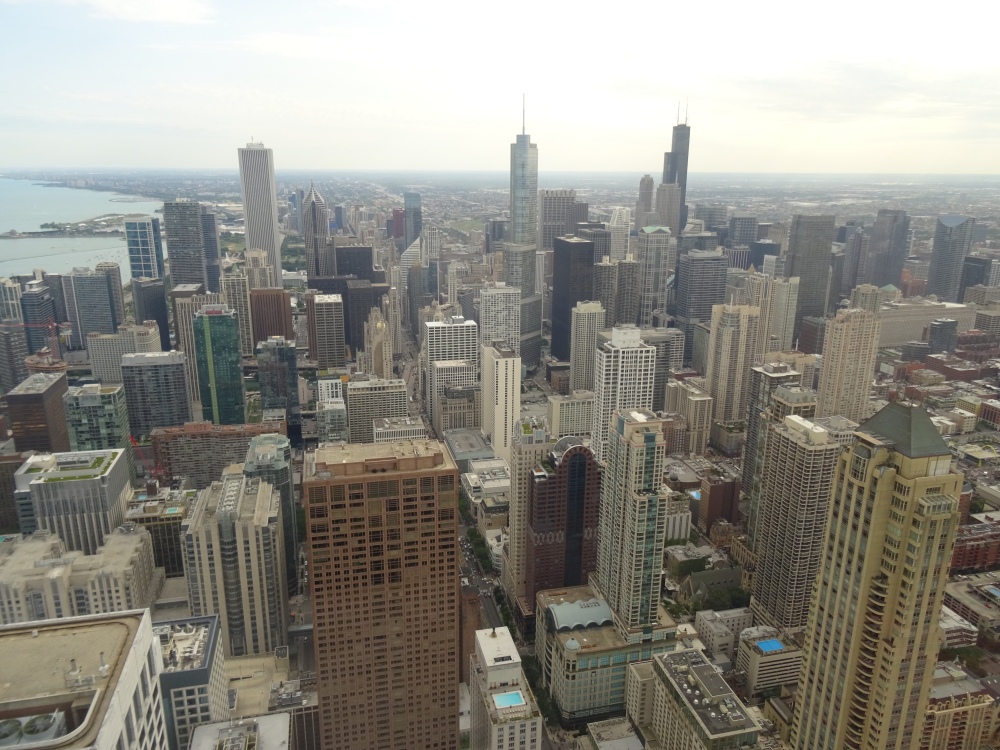 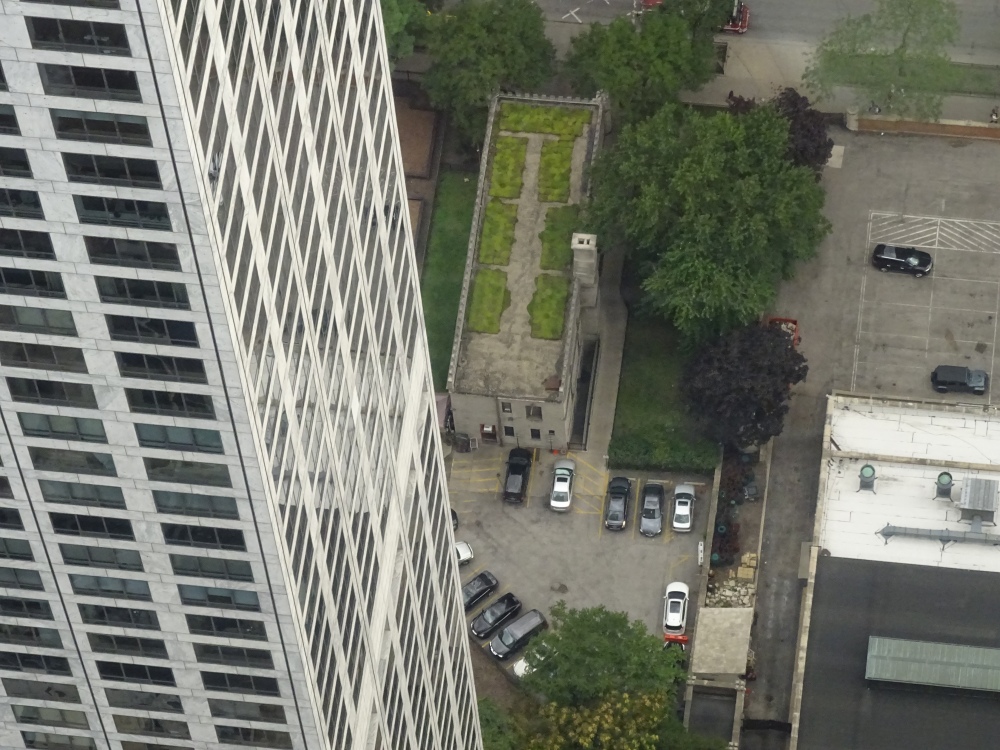 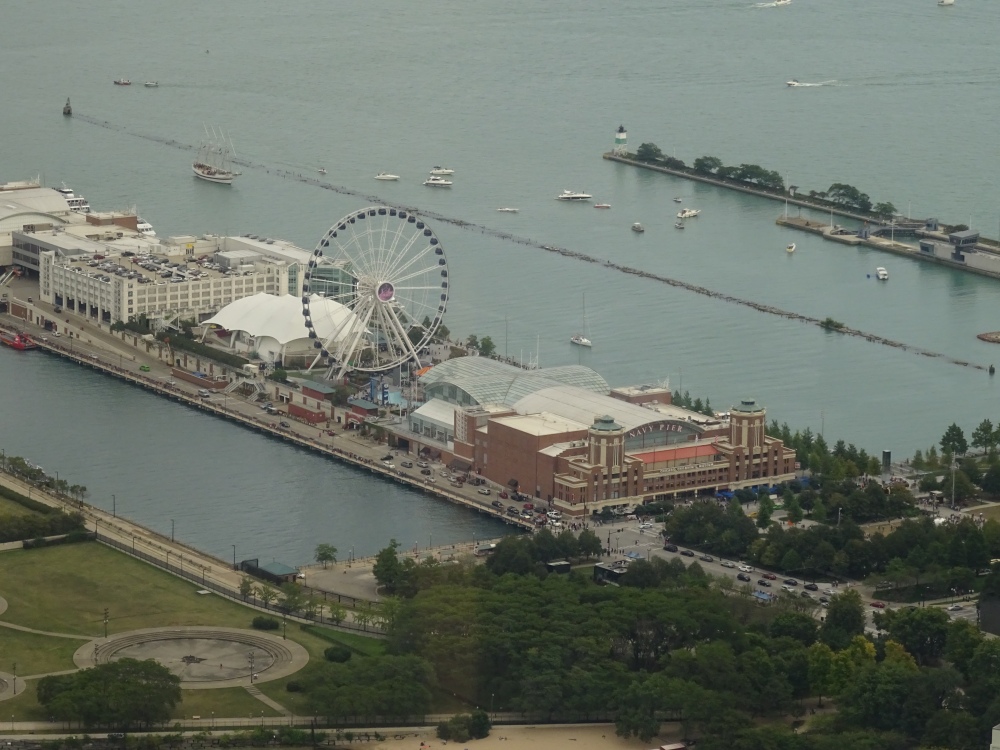 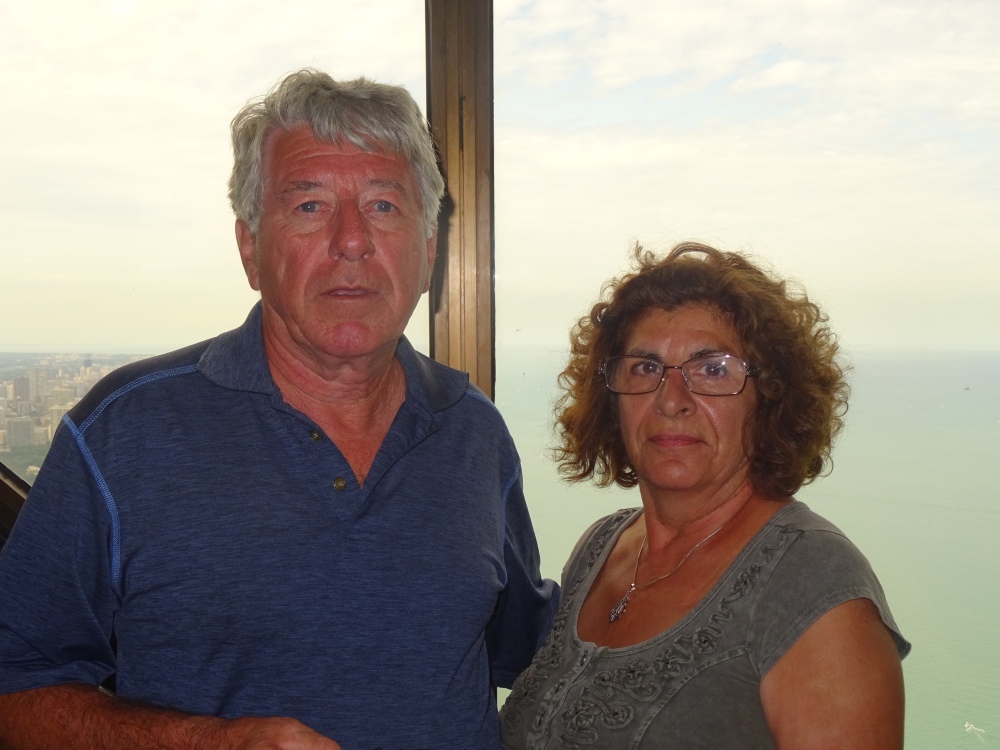 This is Marshall and Corine and I took the picture in the restaurant.  John and I both had  Mojito and we photo’d the ingredients on Johns phone so we can make them for ourselves.  Outside the John Hancock building they have all these colorful dogs do not know what that represents.  Maybe you can check it out. 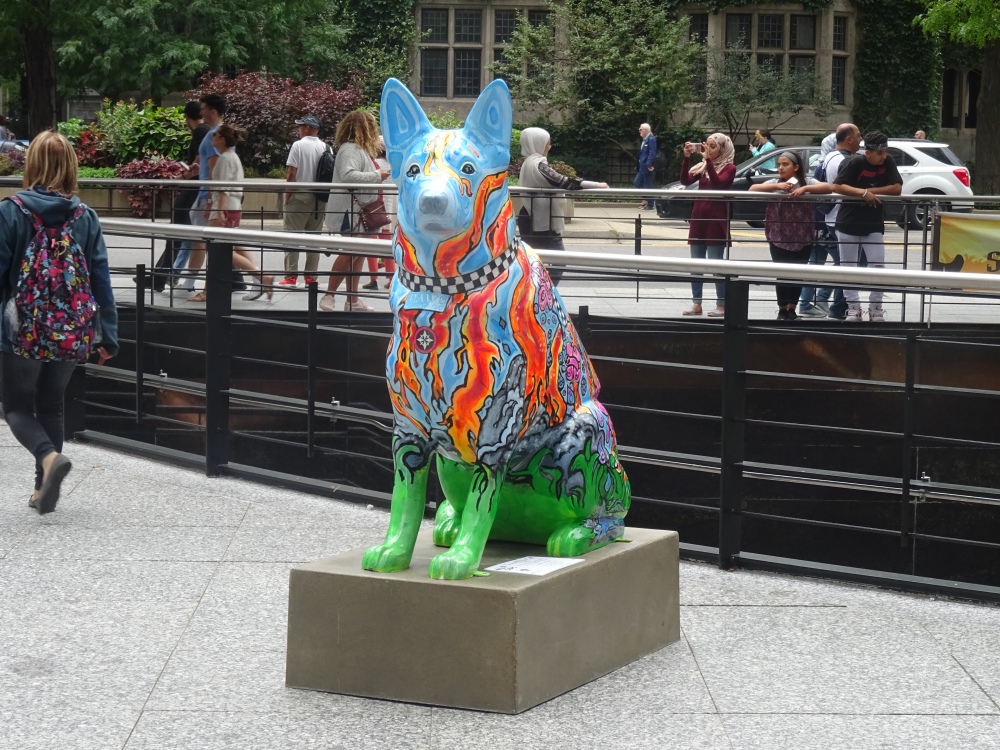 Hopped back on the Trolley for the next stop. 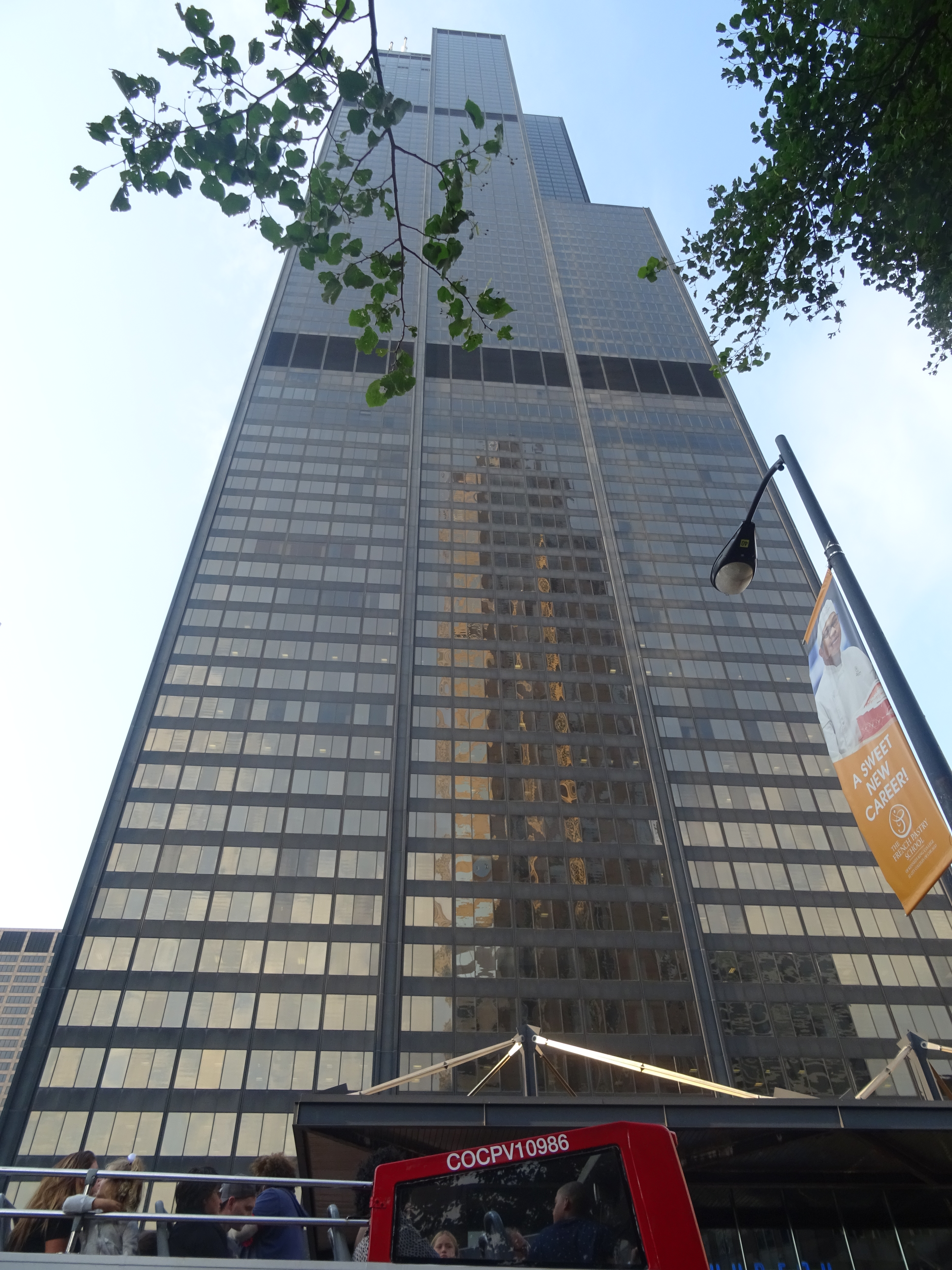 This is the old Sears building now it is called the Willis Tower and this is where you can walk out onto the Skydeck.  Now John was game for this but when we looked at the lineup it was over a mile long to get into the building to take a picture.  So I did the next best thing pretend this is John in the picture overhanging the city.  Yes his insurance is all paid up. 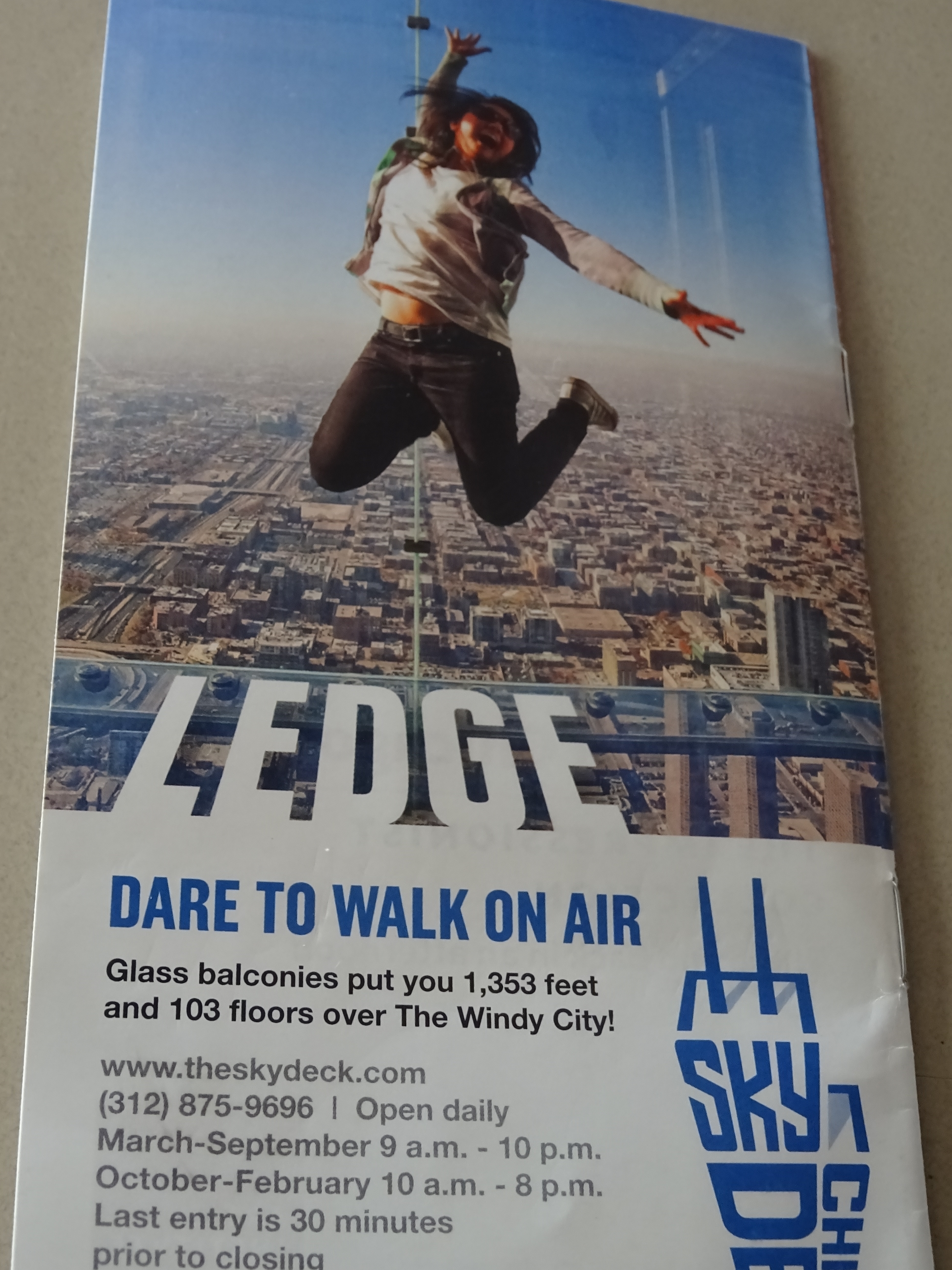 After this we grabbed a quick bite to eat and then waited for the next trolley to take us to the next stop however plans change and the route changes after 6 o,clock so we went back to our marina and thankfully the driver dropped us off as this was not a scheduled stop.  People in Chicago are so friendly and helpful.

Just got back to the Marina and it poured rain.  I thought they may not have the fireworks but guess what?  They did at midnight Canadian time and 11:00 Chicago time.  John went to bed I stayed up and took these pictures don’t forget we are in a marina about 2 miles away and the fireworks is at the Naval Dock. 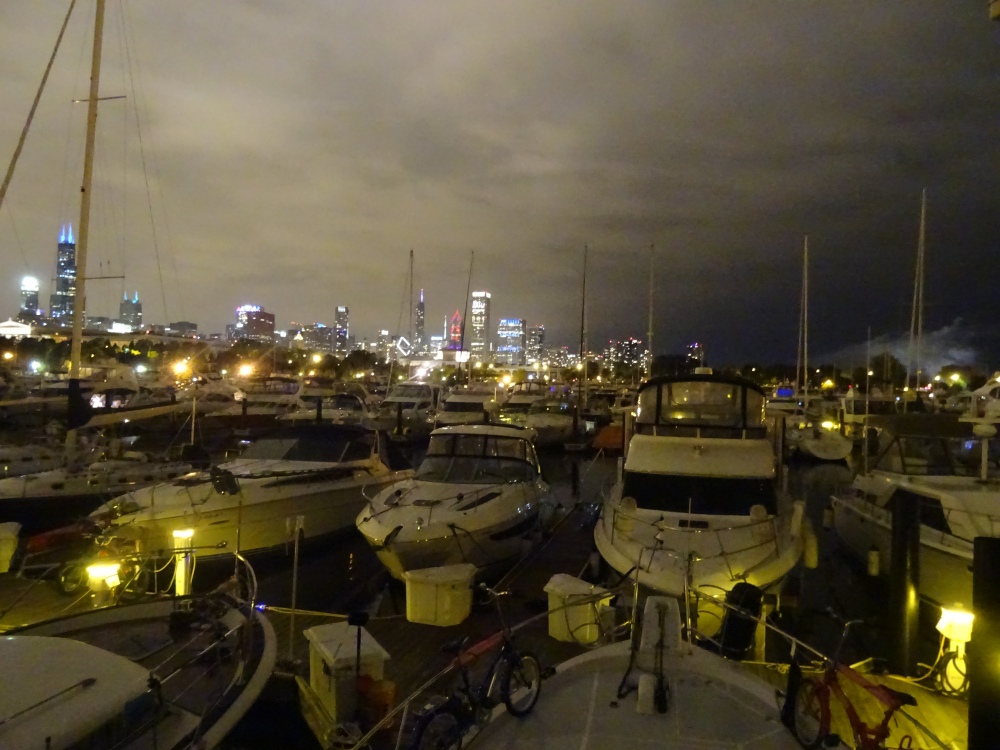 The little smoke you see in the corner of this picture is where it is held. 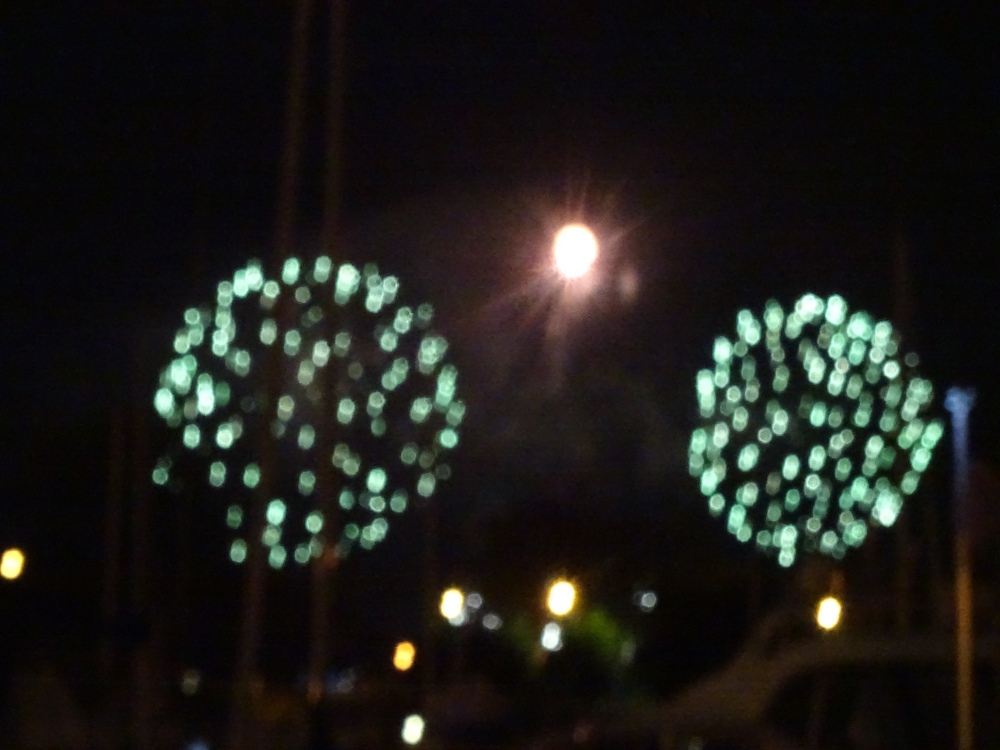 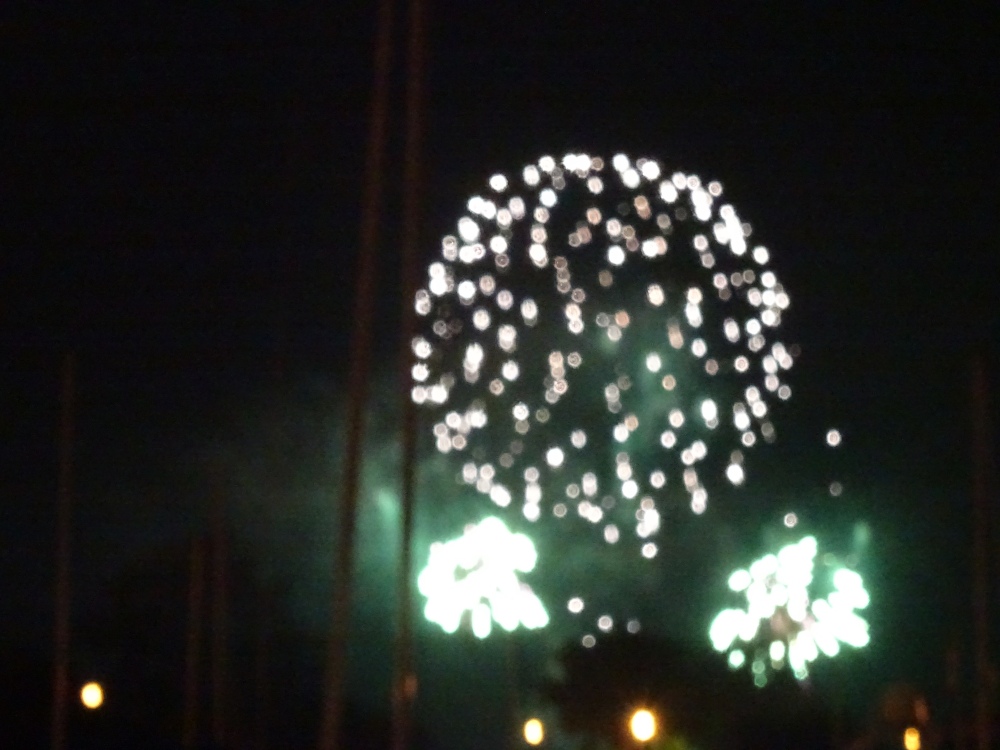 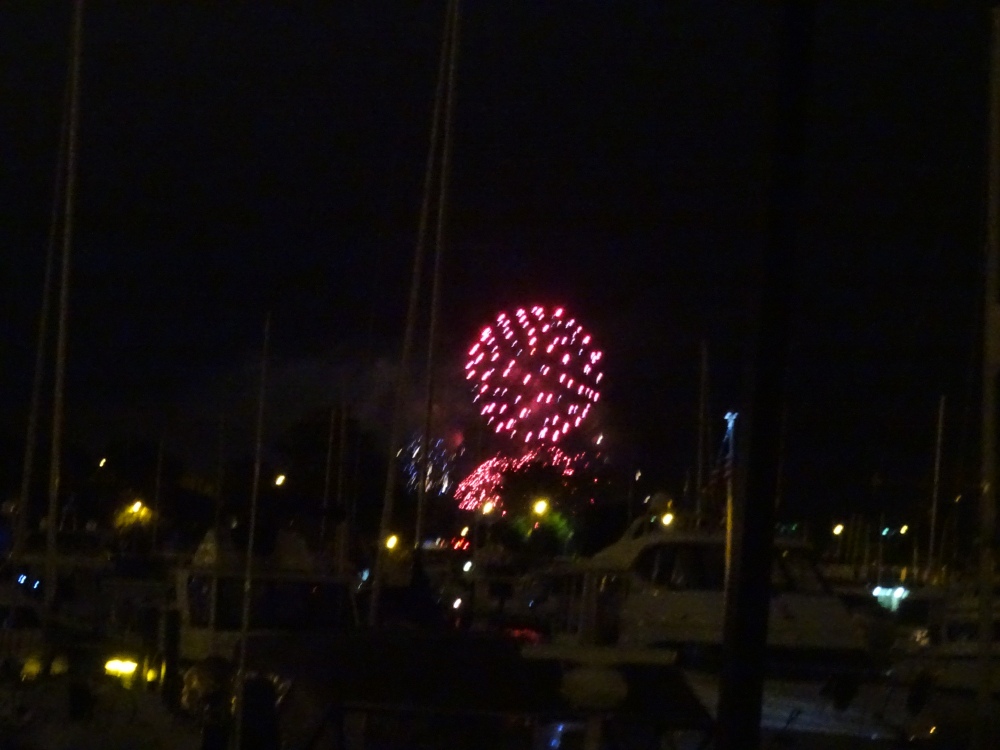 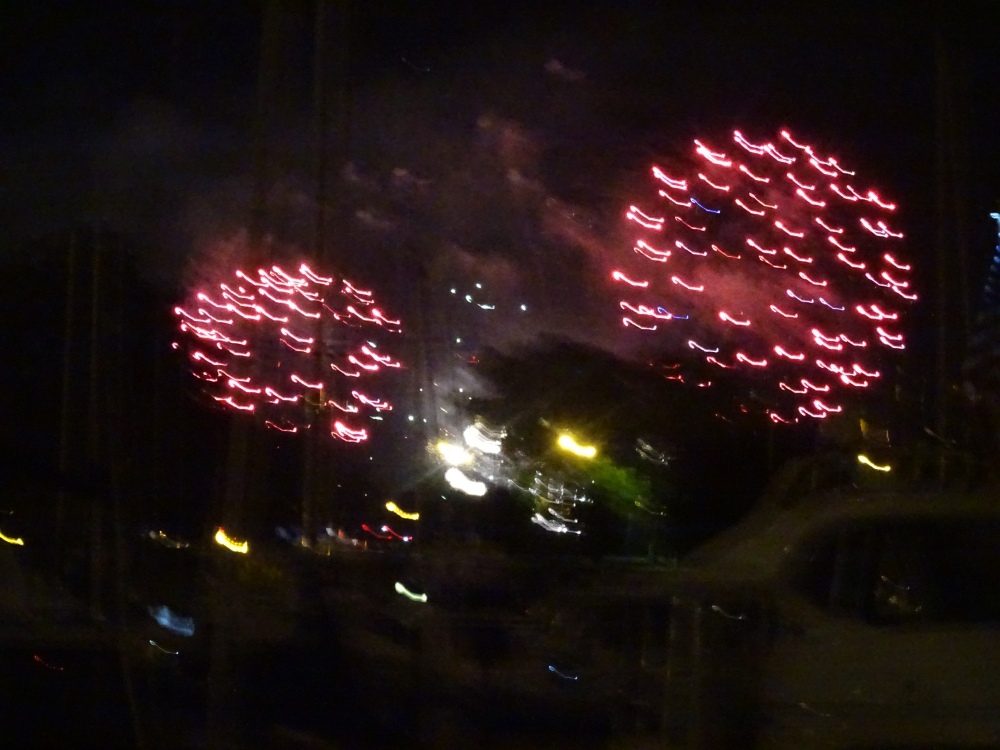 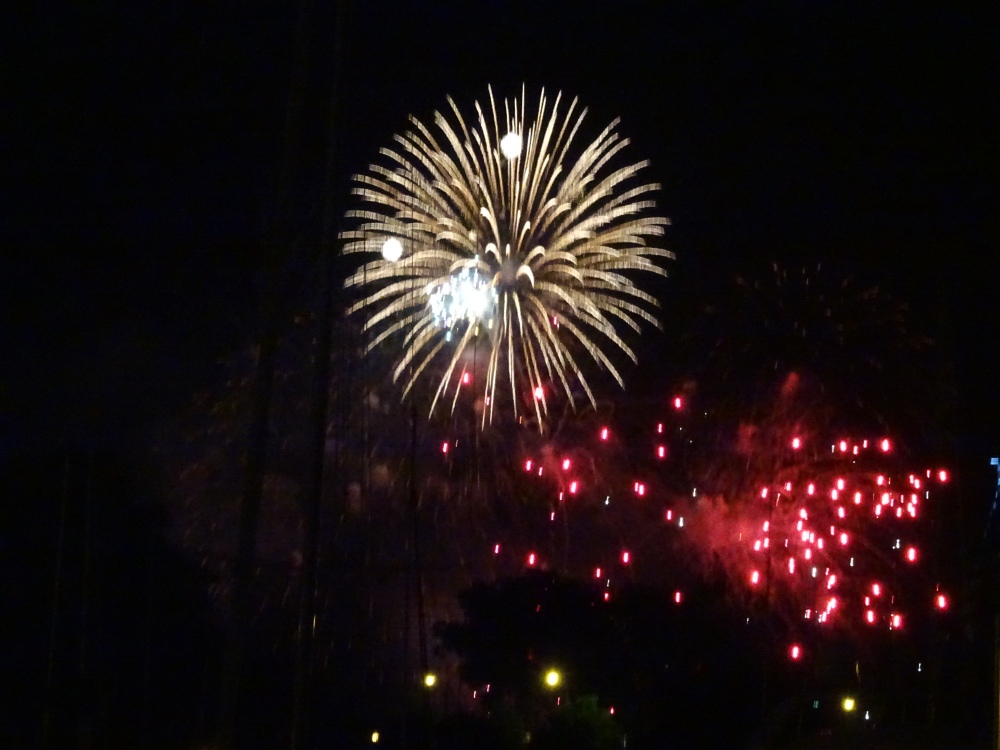 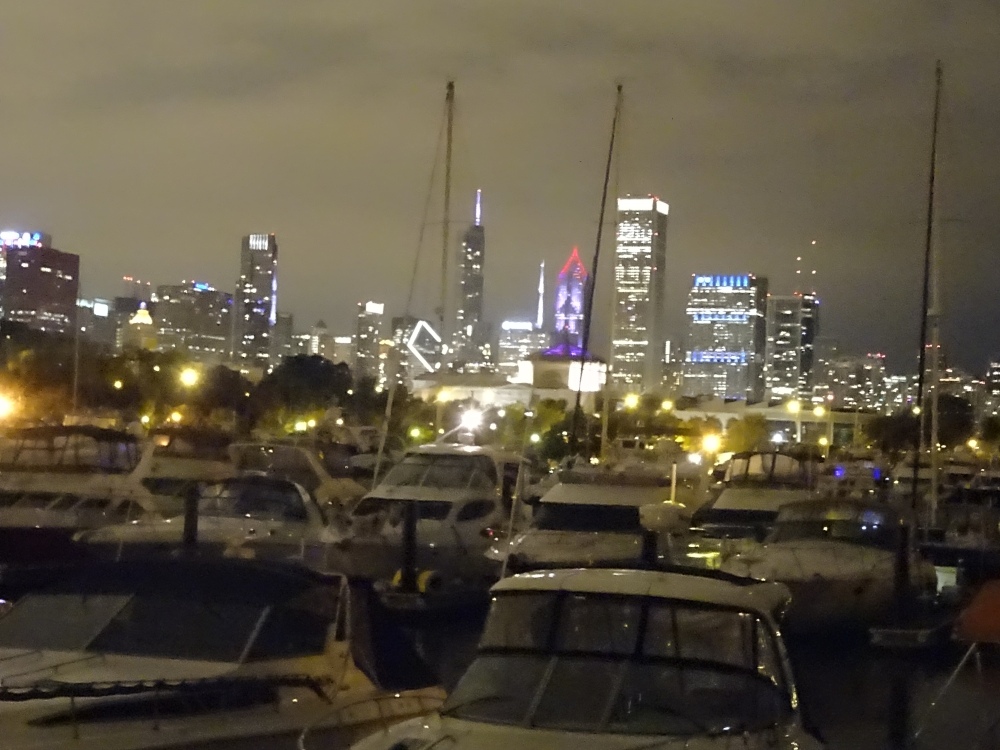 And this is the city at night so for now I will say goodnight. 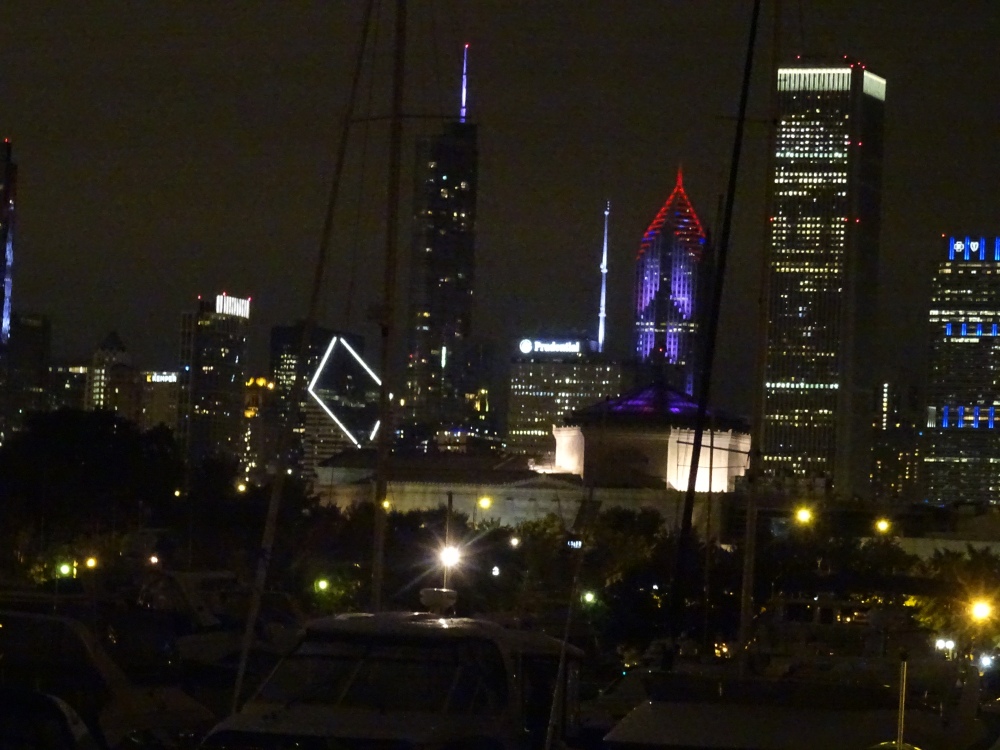