Well windy T and all the other wind news lied.  It was suppose to be like 2 foot waves south east as we got out further it was south east and north east and we felt like a washing machine.  It is 53 miles and I held on but it was not as bad for us as the other couple traveling with us.  More on that later. 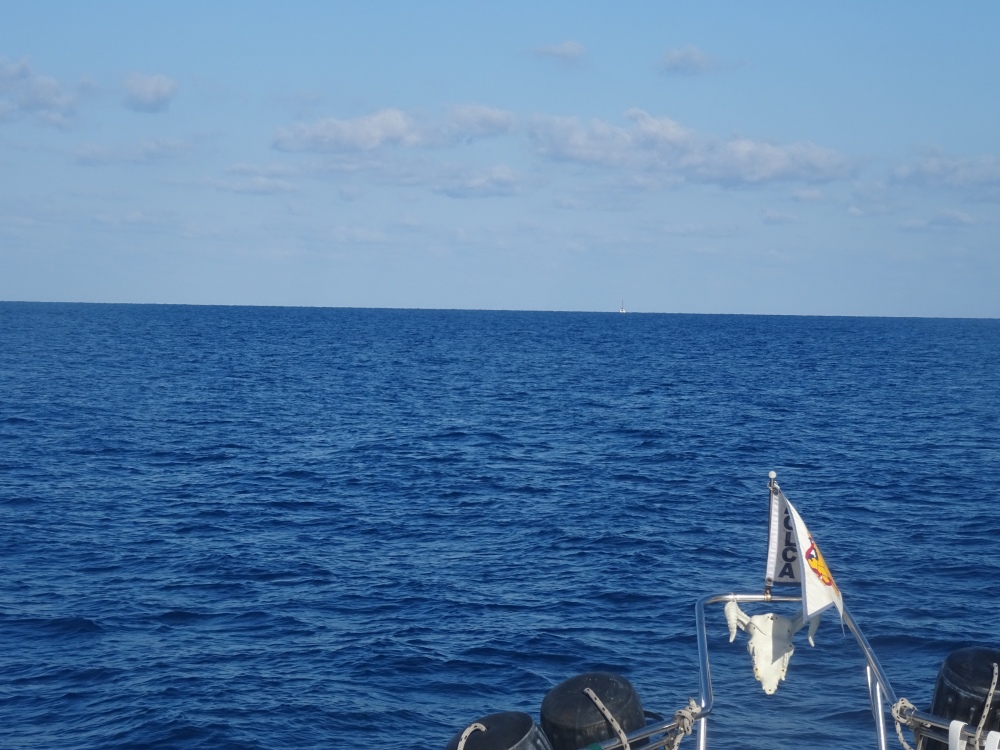 If you look close you can see a sailboat in the distance John often follows them. 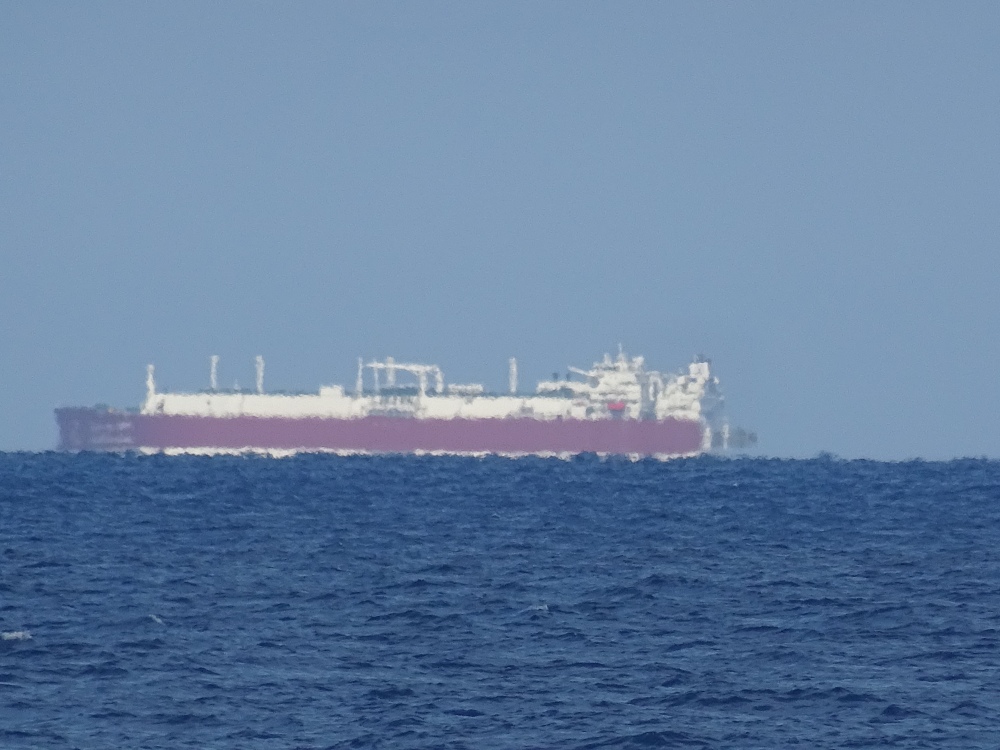 This ship was almost 10 miles away but I caught it anyway.  You can see the seas and the waves.

Once again all windows closed.

That,s Fort Lauderdale about 20 miles away at this time.

Now we are about 7.3 miles out when Yes Dear the other boat we are traveling with had both engines die on them.  We went back and found out he had one engine and the other the fuel line broke so he had fuel in the basement.  We took it easy and came into port and Dan and Debbie made it to a marina.  Heard from them later that everything was fine and they had already cleaned it up. 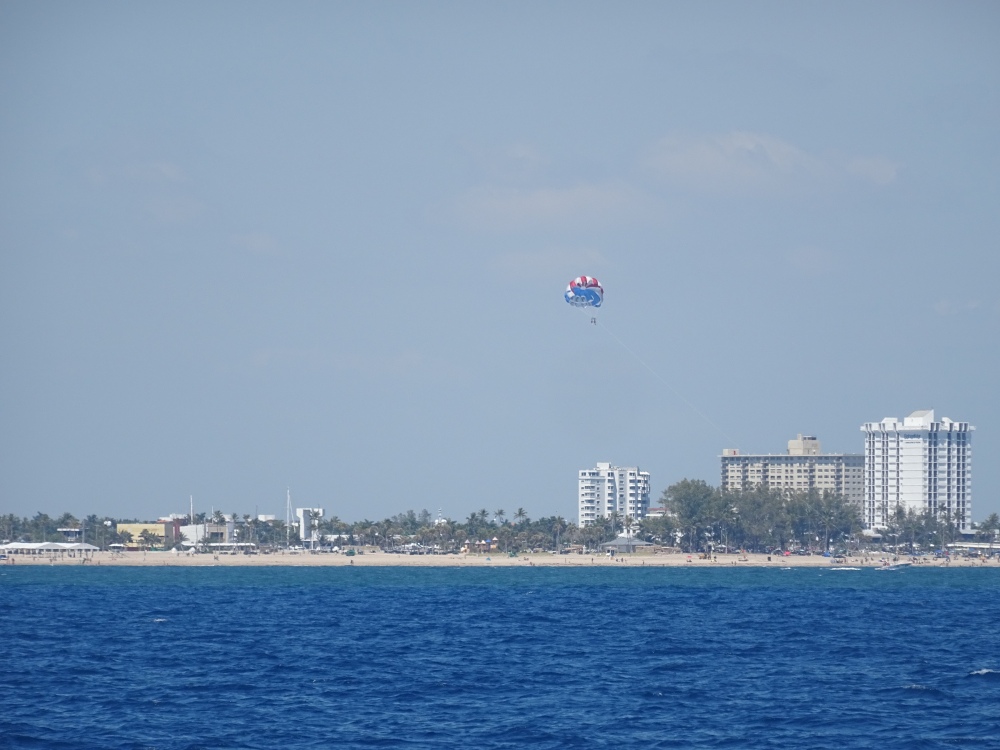 Came to the harbour and we went port side in the ICW to head down to Hollywood for the nite to camp out. 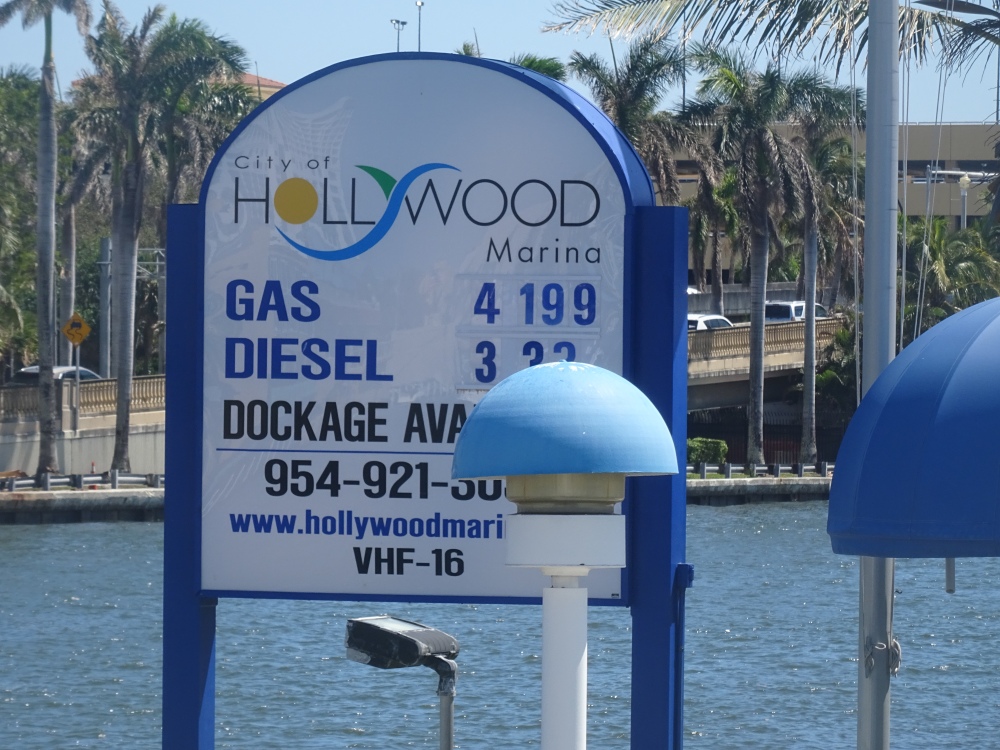 Filled up and took on water then anchored. 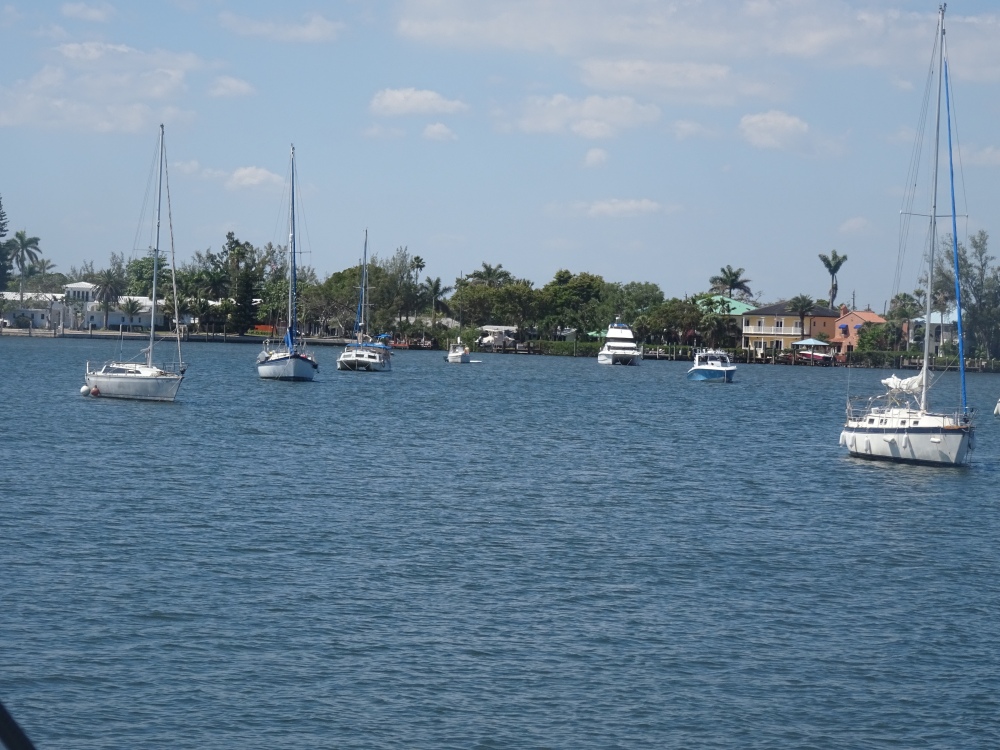 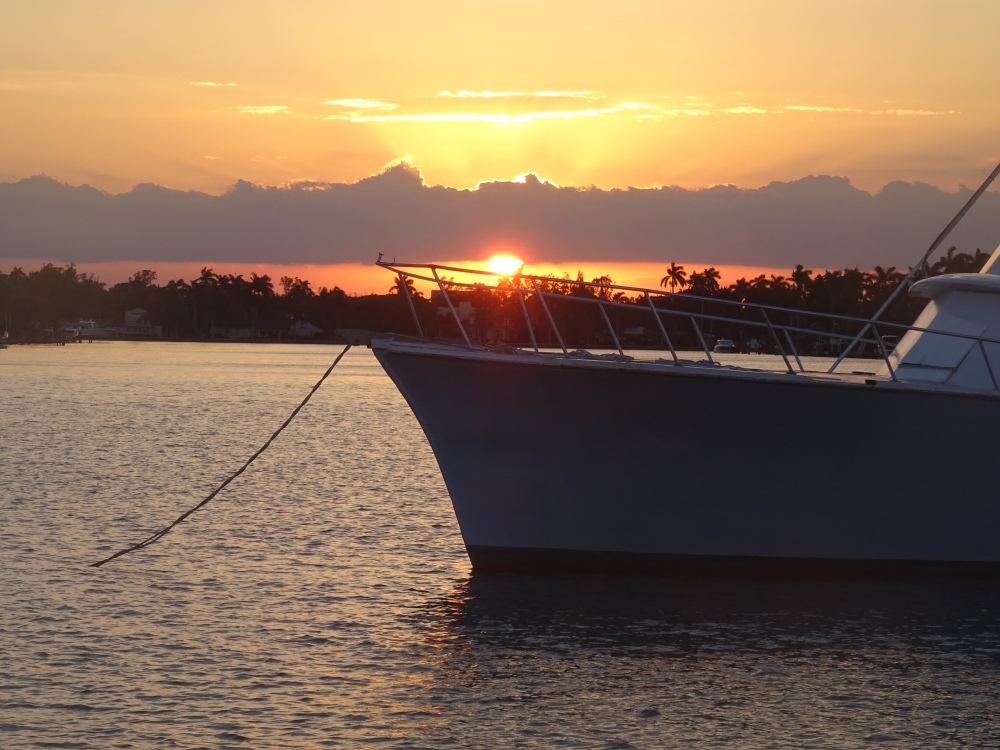 Another sunset another boat.  Tomorrow we need to get our verizon phone activated, and clear border security.  This should be good.

4 thoughts on “Bimini to Fort Lauderdale”