WE left Georgetown and travelled the outside to get to Musha Cay a little bumpy but not bad. 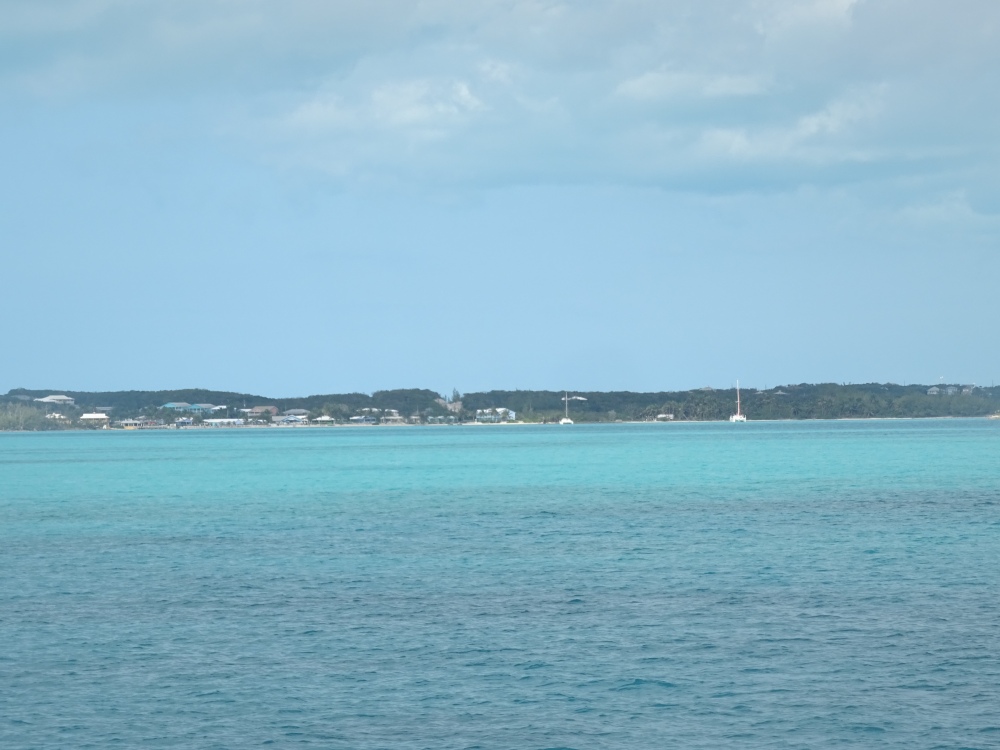 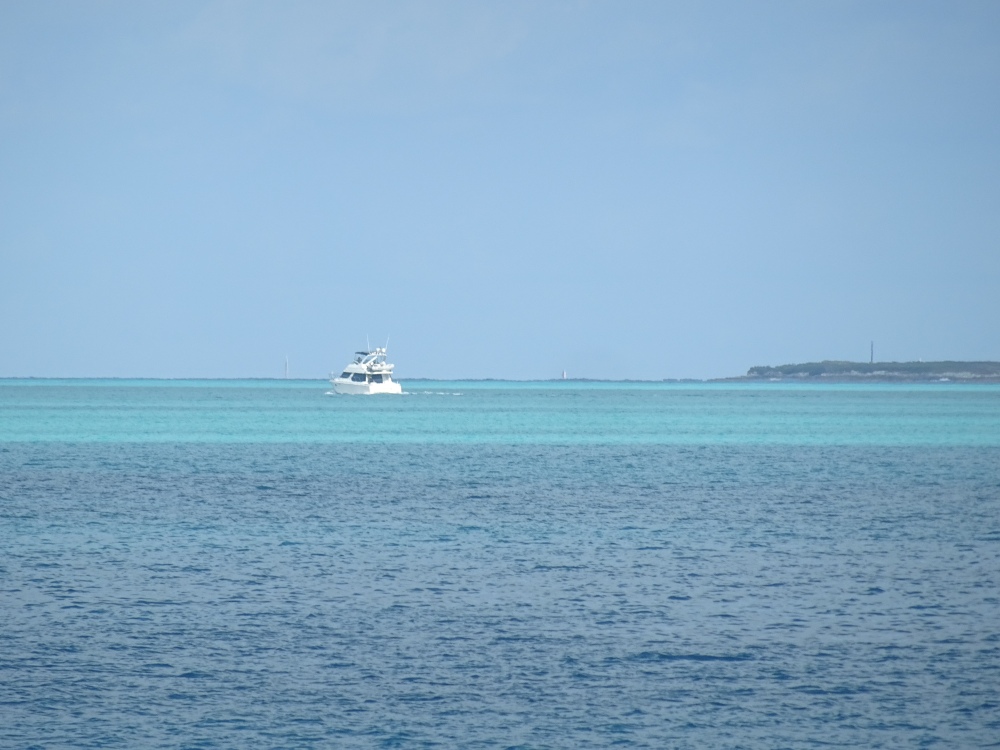 Eric was out front and put some line down to fish.  Well low and behold he got one.  Black Fin Tuna about 13 pounds. 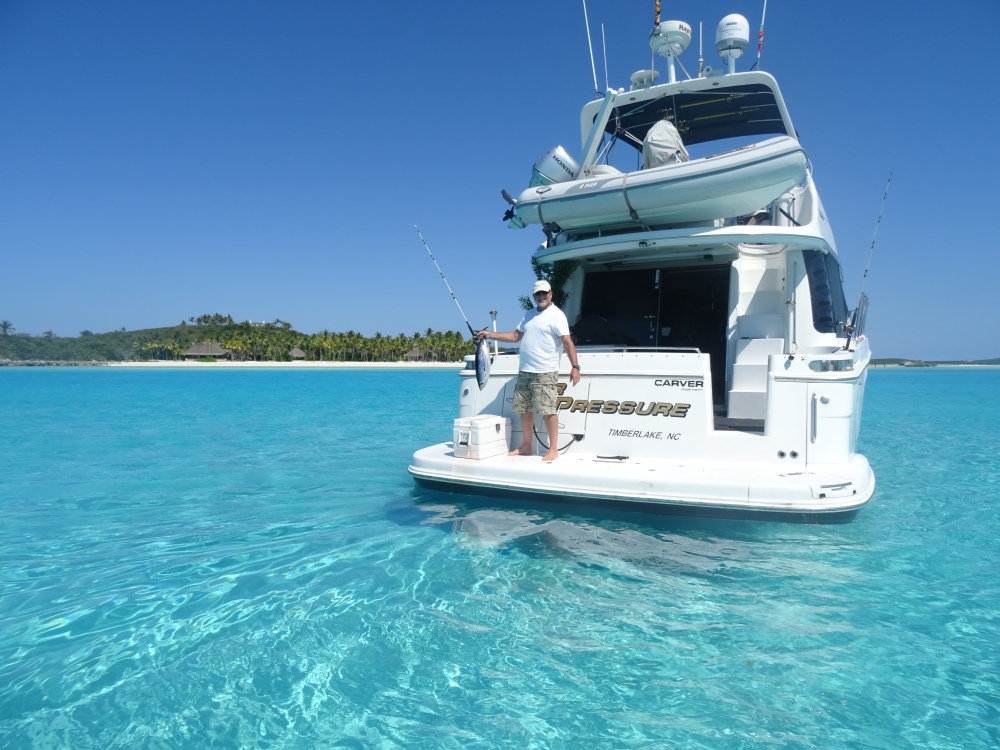 That’s one happy fisherman.  They cleaned it cut it into steaks and gave us some as well.  It was awesome. 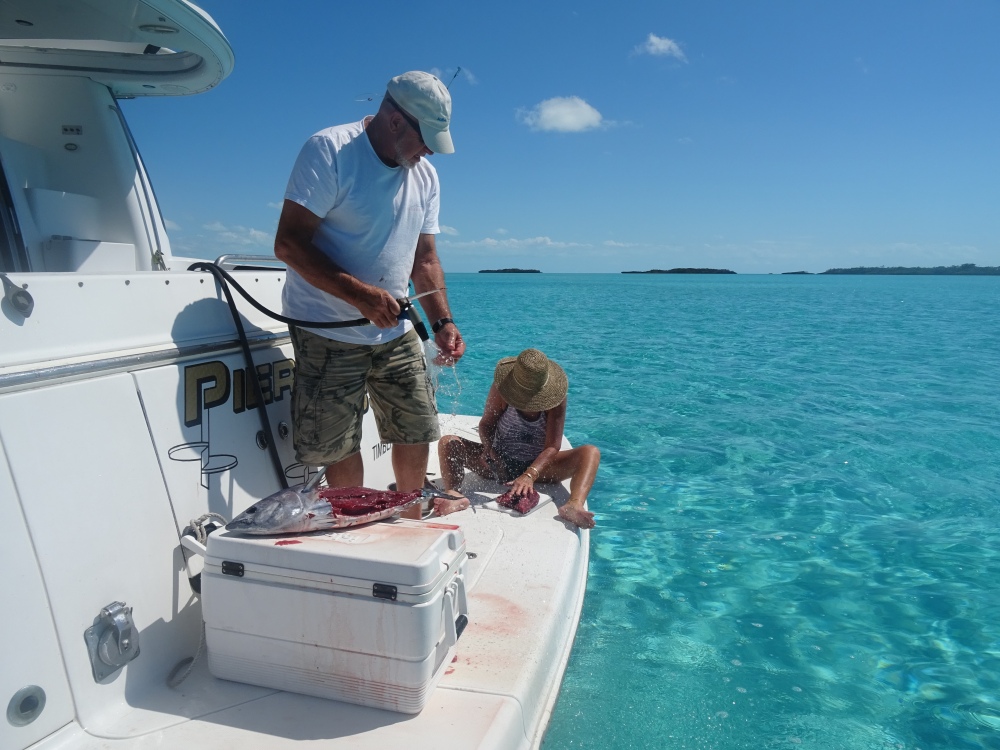 Pam busy in the back cleaning it.  So while they cleaned the fish we asked if we could borrow the bucket to see if we could see David Copperfields Mermaid and Piano he sank in a cove at Rudder Cay.

Here are several pictures through the bucket. 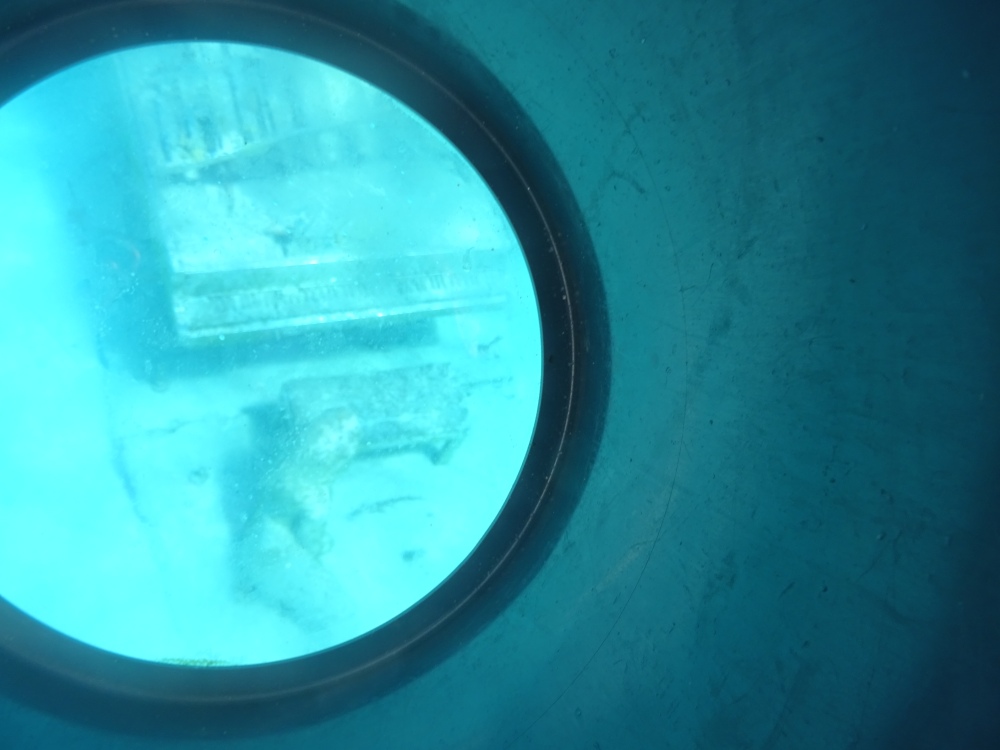 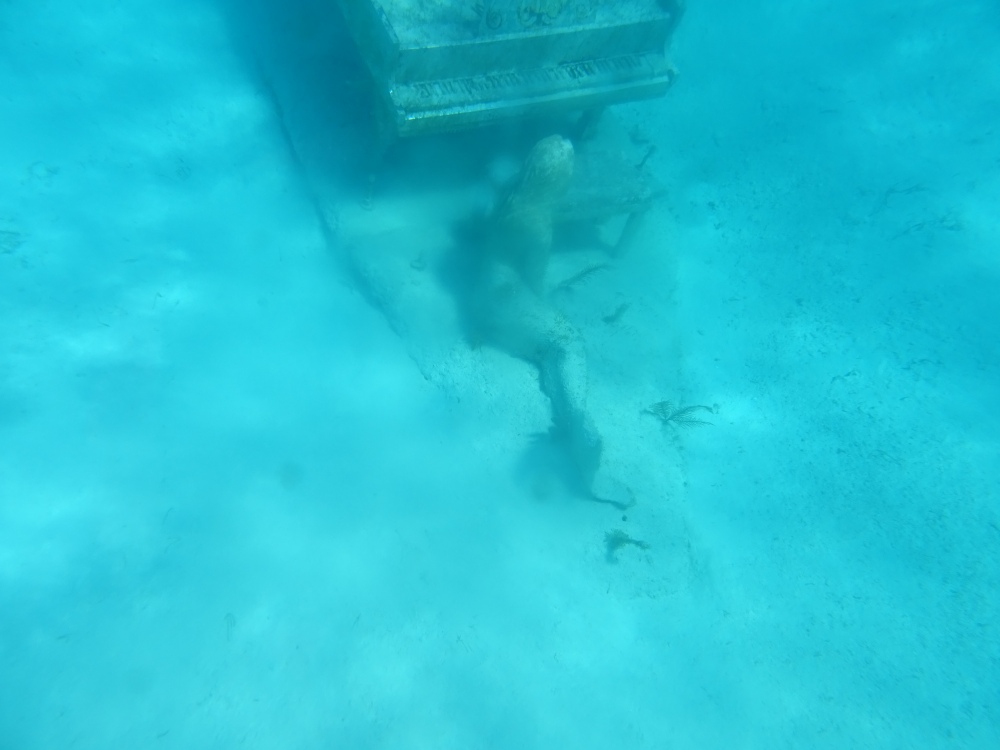 The mermaid the piano and stool.  Not bad for a bucket picture. 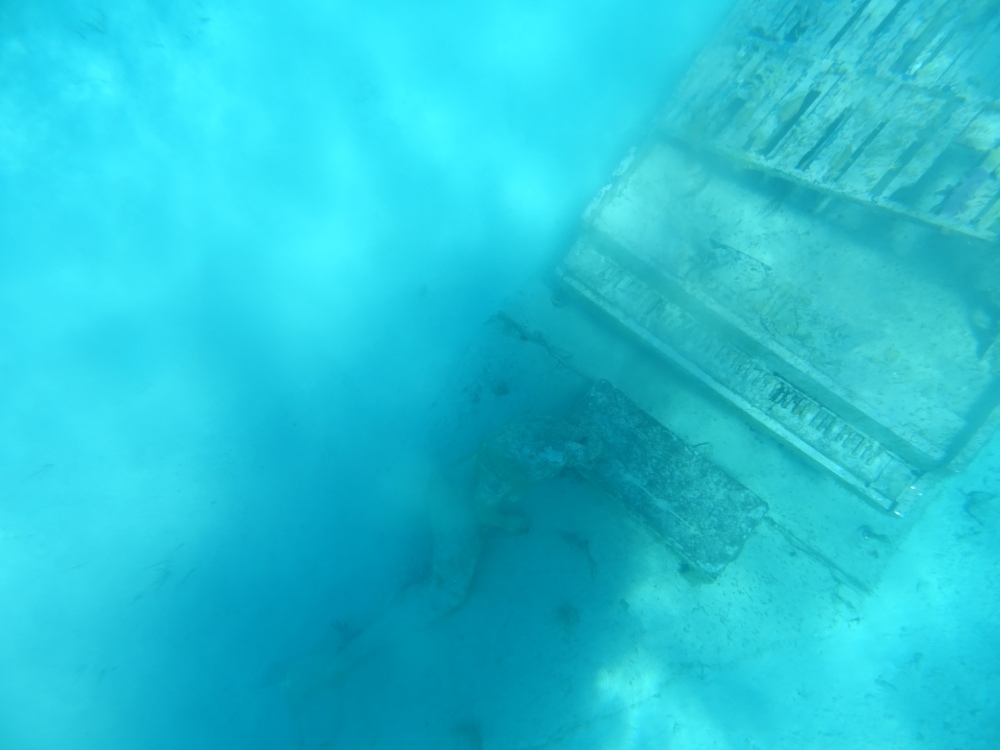 Trying to hold a bucket in the water a camera and take a clear picture is a feat I did master for this.  We then went exploring to check out some caves we saw. 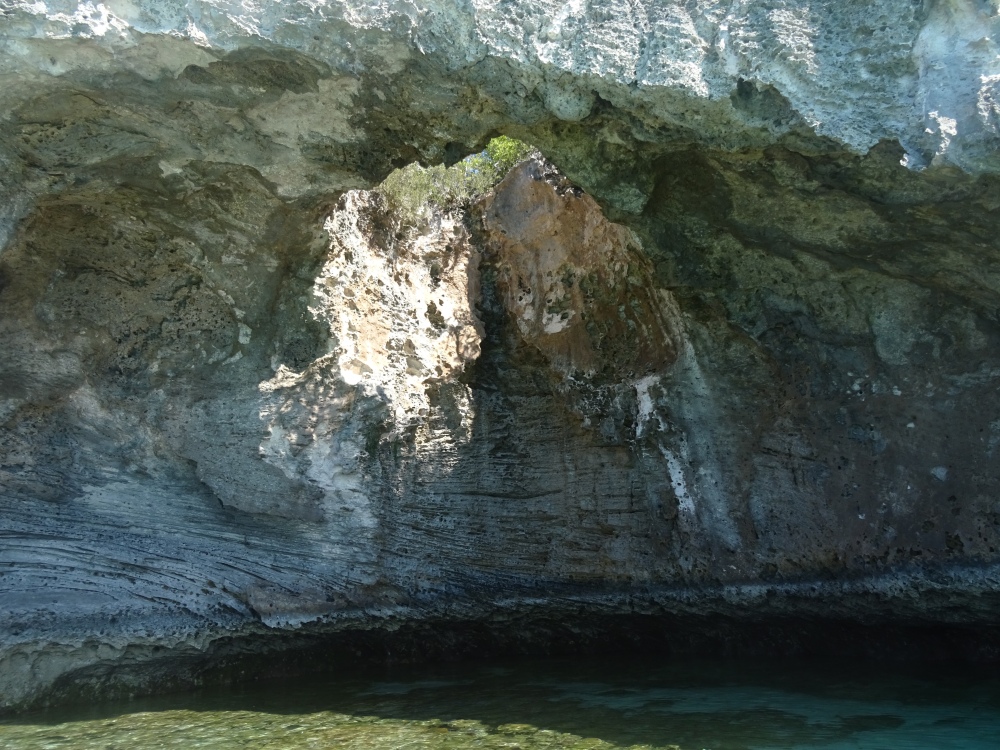 This one shows you we actually drove right into the cave. 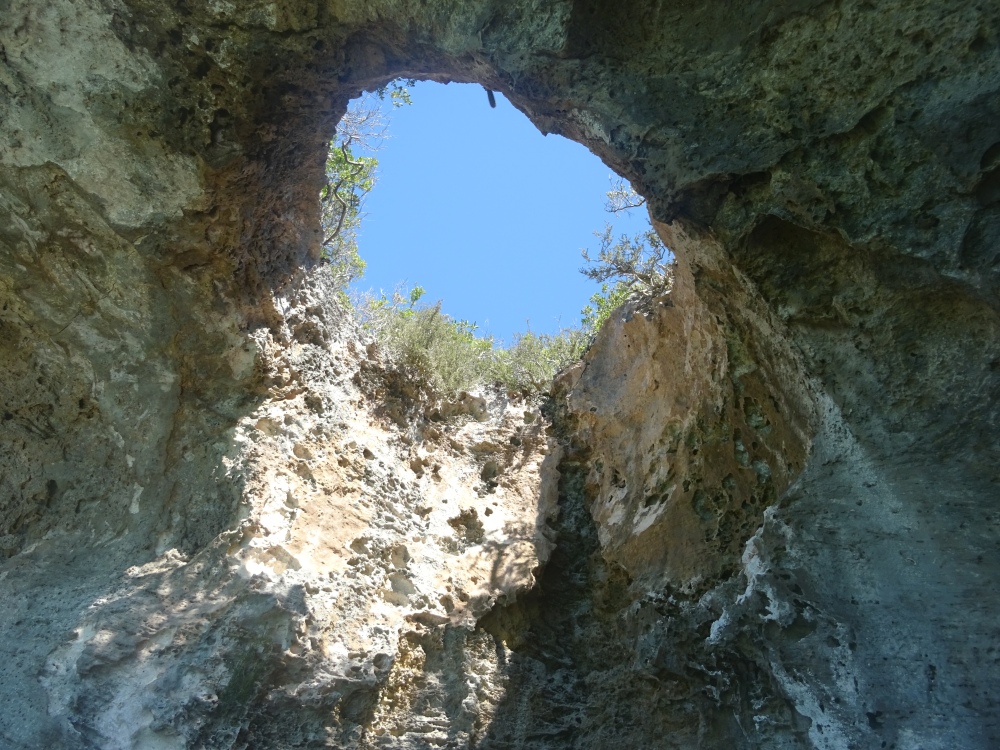 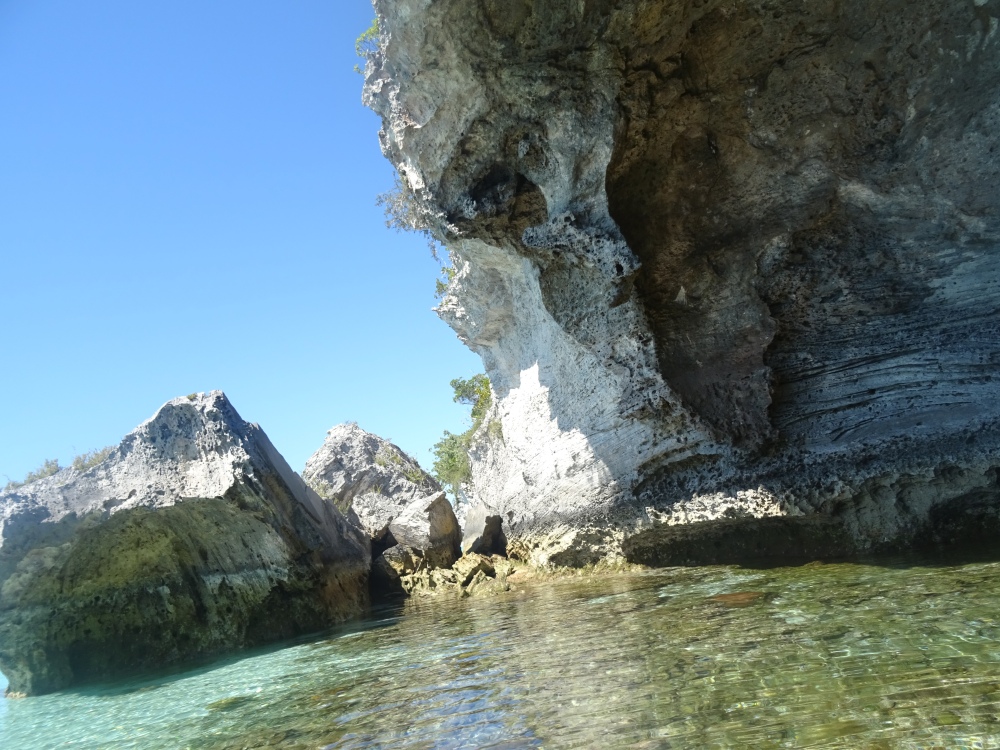 Then we found another cave and John thought this was most likely better than the one at Staniel Cay for the Thunderbolt movie as you could only snorkel it and I would get no pictures.

When we came back after the water was a little higher and they had about a 27 foot tour boat inside taking people around site seeing.  PS The water is beautiful.