Left at 10:30 heading for Chicago.  About halfway we left Indiana state and crossed into Illinois on our way to Chicago.  About 10 miles out we took this picture as I did not do a lot of picture taking while traveling we were getting the waves partially on the side so a lot of rock and roll.

Before leaving Michigan City I took these of the cat walk and lighthouse. 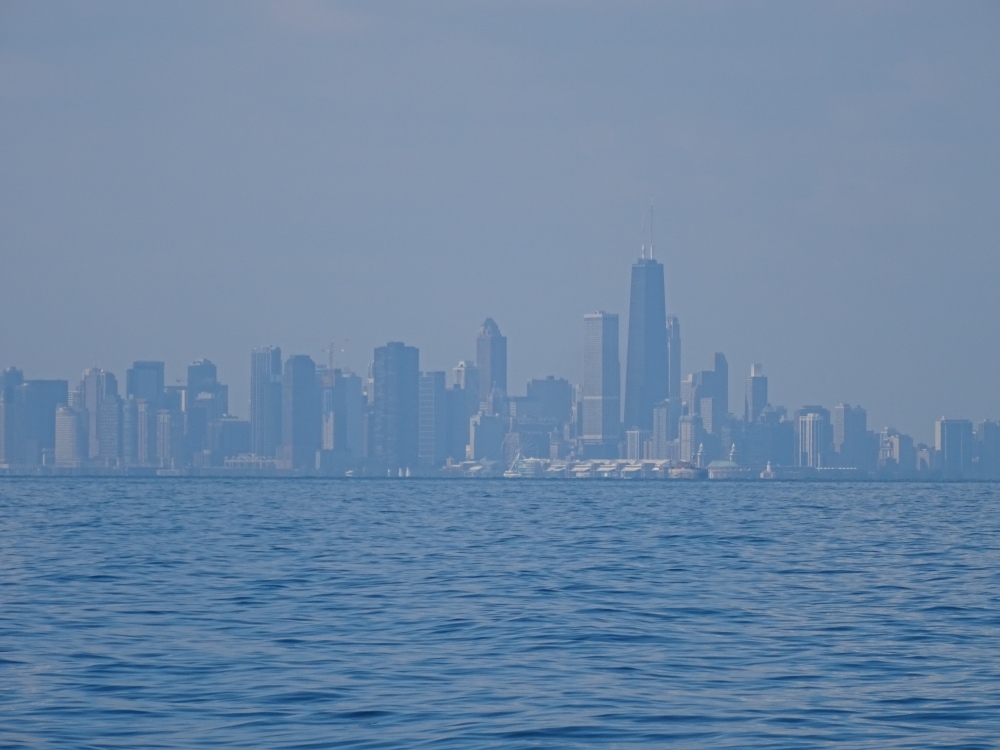 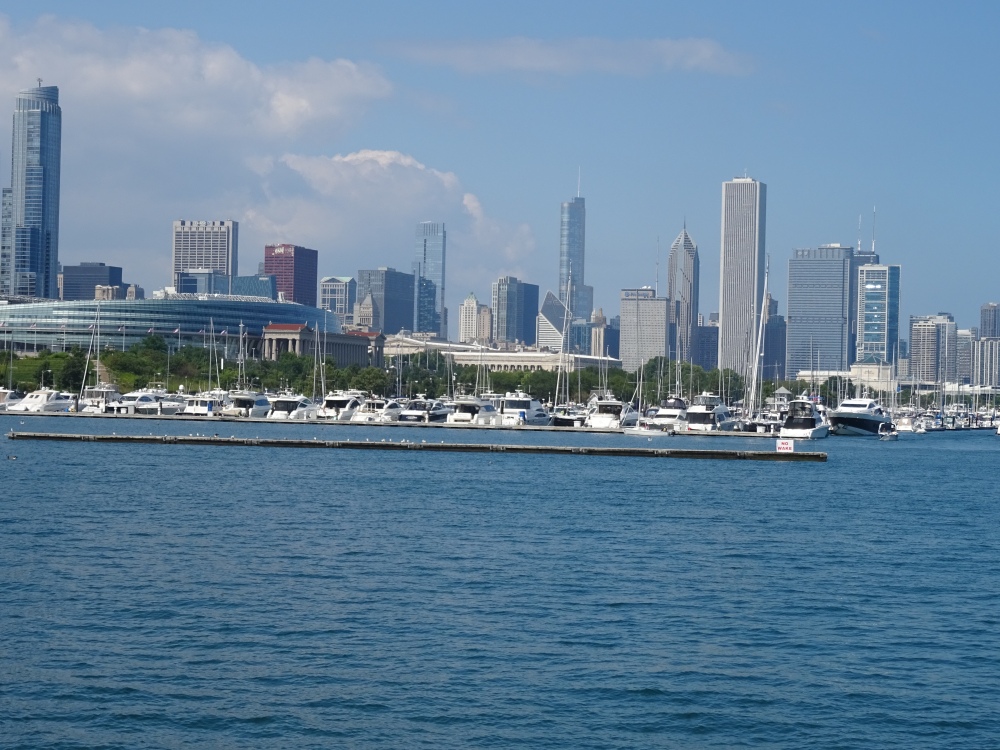 WE arrived Burnham Marina at 3:30 don’t forget there is an hour difference.  Wild Willy showed up a tthe same marina as his wife Kerry did not want to stay on a ball.  Met a gentleman Carmen on the dock and he and his girlfriend were nice enough to drive us to a famous place that makes Chicago hotdogs a must when you come to Chicago.

Portillos specializes in hot dogs and sausages.  The put everything on it plus we order a Lemon Cake milkshake they are famous for all the different shakes as well.  We had our picture taken by one of the customers. 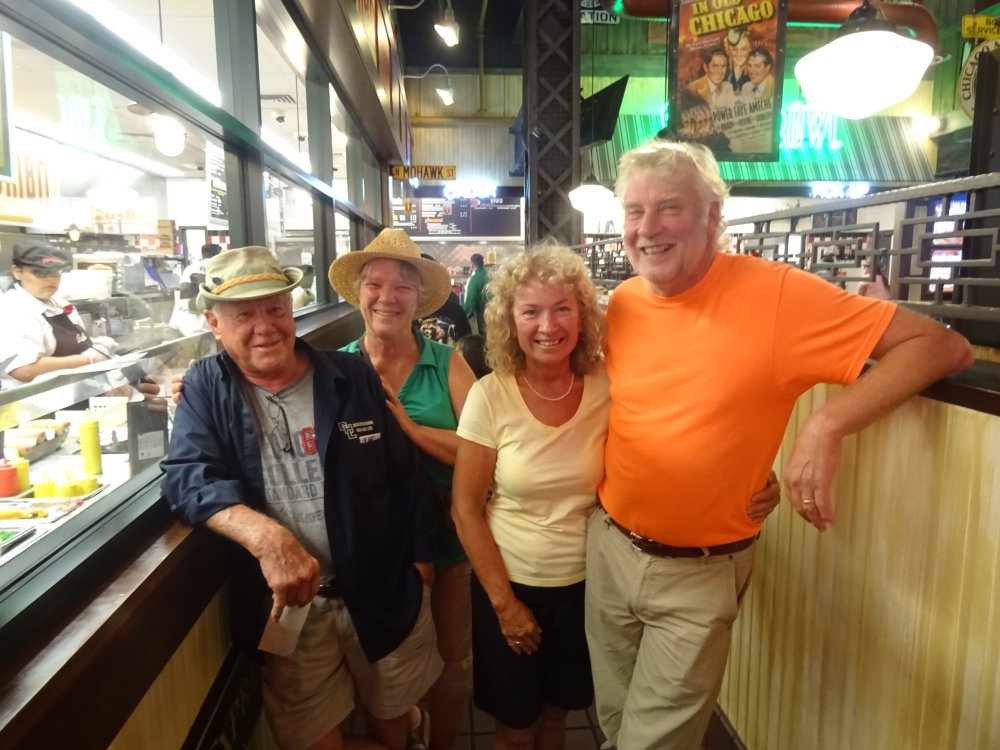 Decided we could walk back after eating and took a couple of wrong turns had several people give us directions as Caseys phone kept giving us wrong directions or we just were tired.  They are shooting a new TV show so we asked if we could be extras and went down to take a few pictures.  Then tried to make it back to the boat. 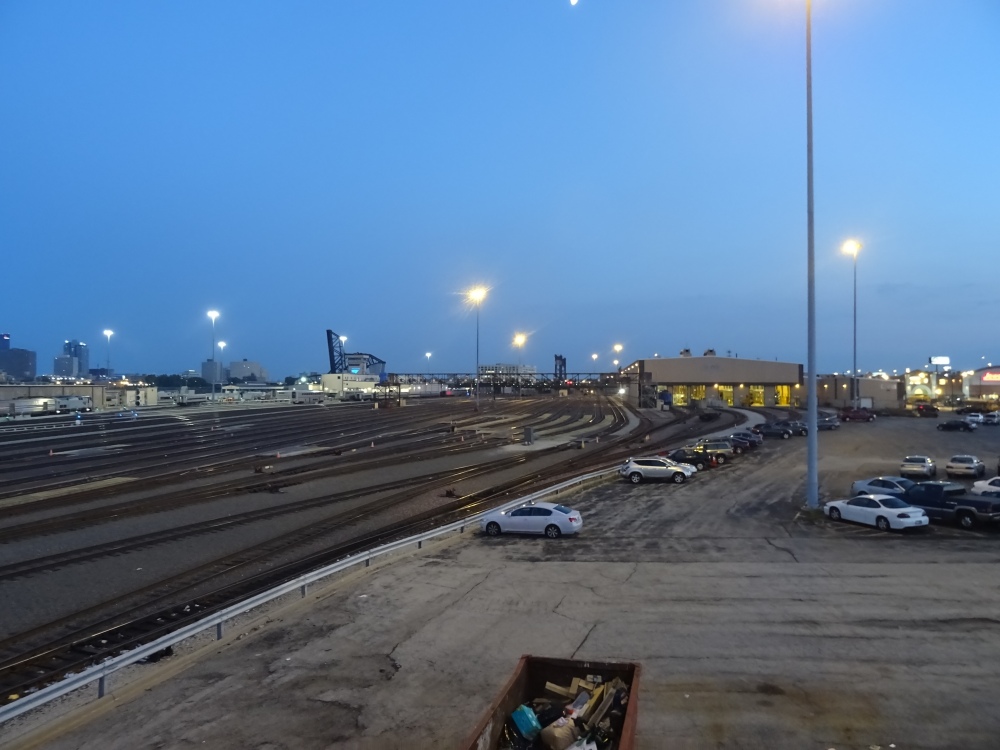 The train runs right along the side of the river we will be going on. 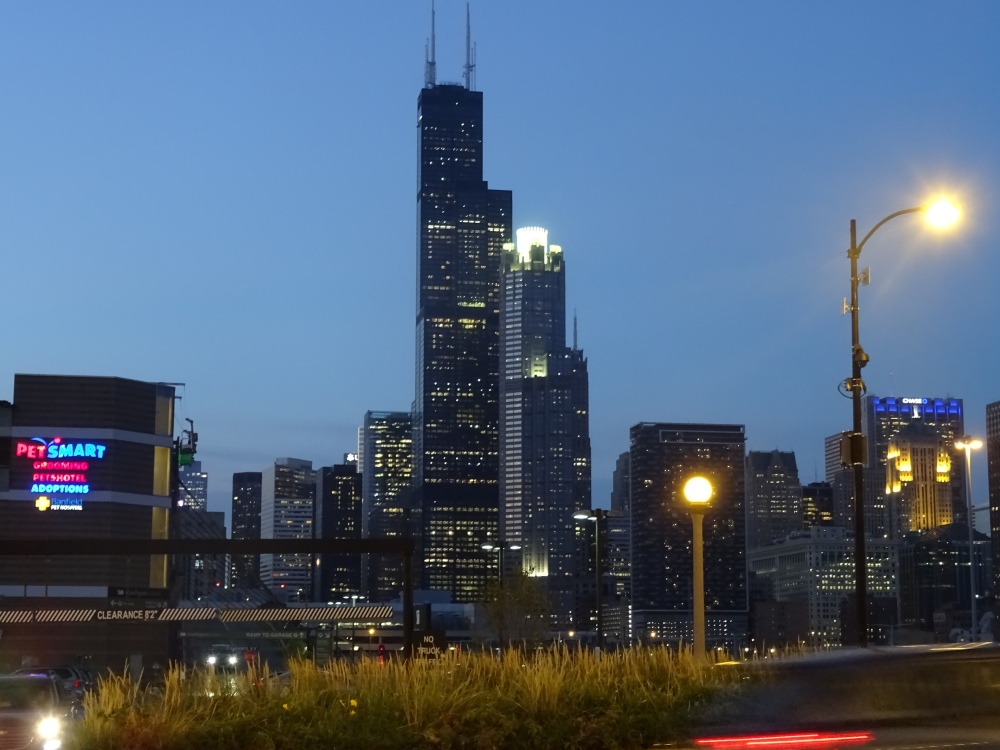 So they have a pets smart here so you can load up on dog food if anyone needs this.  This for all dog lovers I miss mine.

This is the street they are filming on. 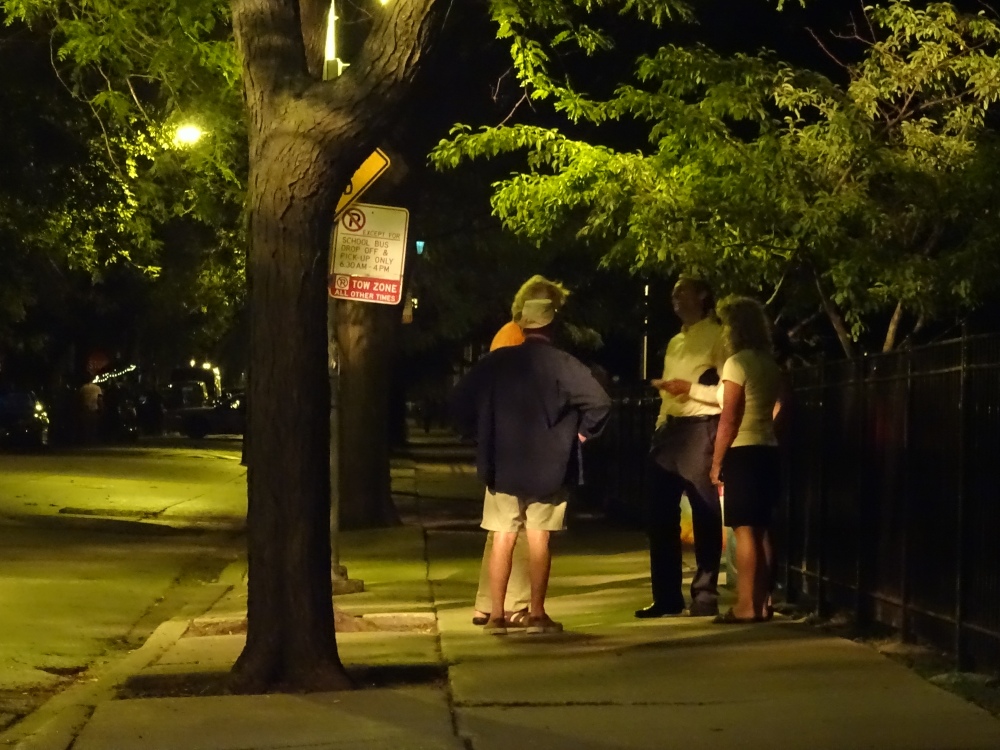 When we got back to the boat we were exhausted so John and I had a nite cap on the bridge and watched a light show somewhere out side our harbour. 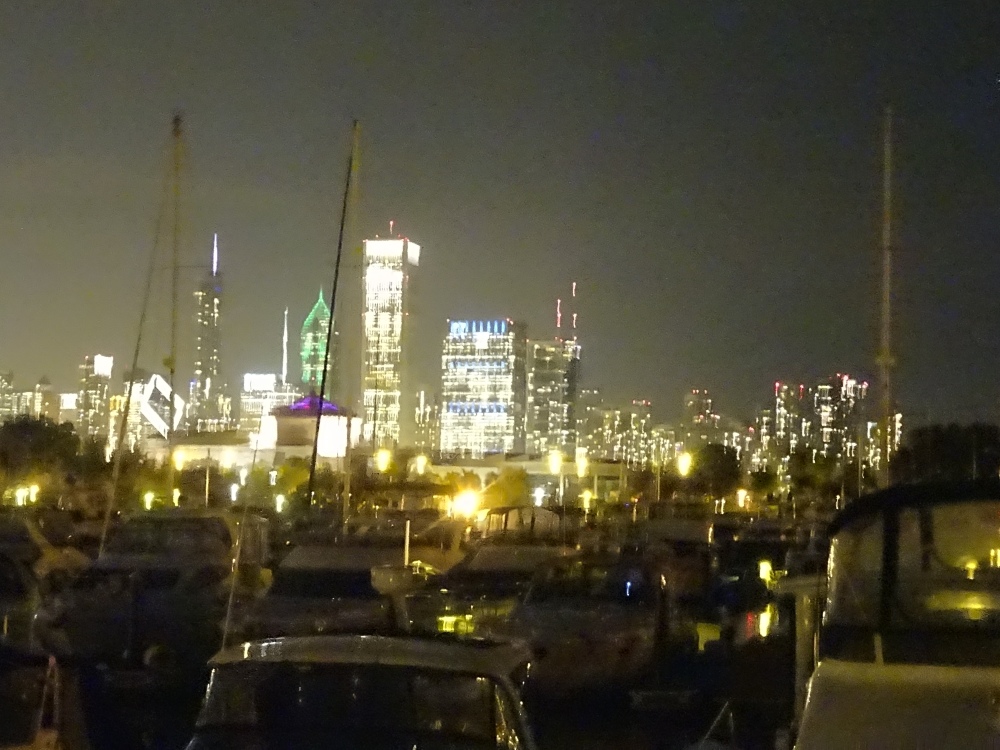 The lights of Chicago at nite from our marina  we are about 2.5 miles away.